Honky-Tonk Halloween: Taking on “The Killer” 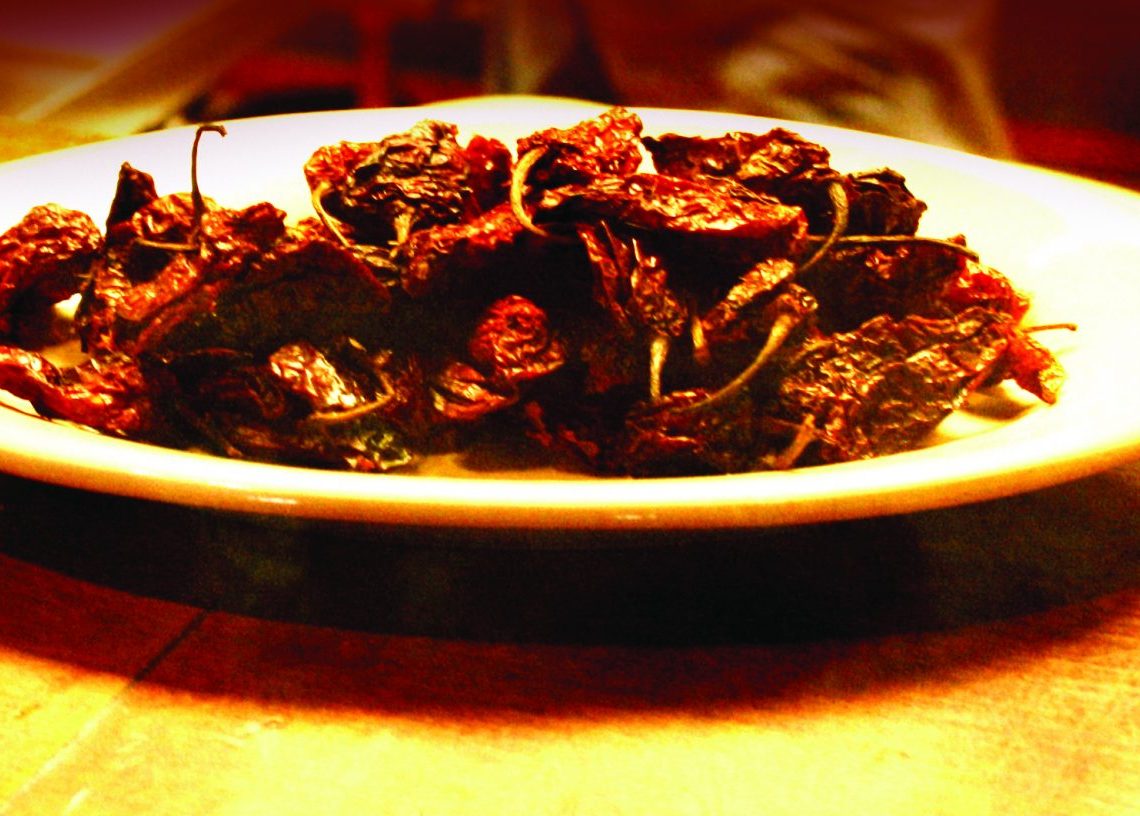 You don’t have to be psychically gifted in order to have a ghostly experience at the Phoenix Saloon in New Braunfels. In fact, you don’t even have to believe in the supernatural. All you need is an iron stomach and the wherewithal to belly up to the bar and order the right bowl of the Phoenix’s famous Texas red chili. No, Frances — not the Single Shot (“Mild”). Nor the Double Shot (“Hot!”) or even the formidable Ring of Fire (“Burn! Burn! Burn!”) The bad boy you want is “The Killer,” made with the infamous bhut jolokia peppers, aka “ghost chilies.”

The bhut jolokia — or Naga Jolokia or various other names for the same pepper from different territories — is nothing less than the hottest chili pepper in the world. On the Scoville heat scale, used to measure the potency of different chilies, you’ll find your average jalapeno registering at 2,500-8,000 “Scoville units,” the serrano at 8,000-22,000, and the red habanero at 350,000-575,000. And the ghostly jolokia? 800,000-1,041,000 units. Earlier this year, in the bhut jolokai’s native India, the military began using the little devils to make tear-gas hand grenades to fight terrorists. 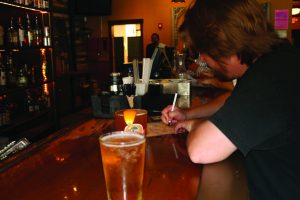 That’s why, if you want to order a bowl of “the Killer” at the Phoenix, you first have to sign a waiver and release form. And on the afternoon of Aug. 25 — right after our photo shoot with Jesse Dayton — LoneStarMusic creative director Melissa Webb and I did just that. So did our invited intrepid guest, singer-songwriter Drew Kennedy, and his friend, Jared Osborne (manager of the Prickly Pear bar in New Braunfels). What more fitting way, we thought, to celebrate our “ghost” issue than by scaring the living … err, hell … out of our digestive tracts?

We each ordered the large bowl ($10 — two bucks more than the other heat varieties on the menu). The Phoenix serves veggie chili for bean lovers, but we all got the real stuff, bean-free and made with huge chunks of sirloin. You can normally order your chili garnished with cheese, sour cream, chopped red onions, jalapenos and roasted garlic, but we had ours straight-up that day, if only because our server told us that “cheese was cheating.” The only garnish we got was one whole ghost pepper apiece, all about the size of a thumb and looking very much like something you’d find in a New Orleans voodoo shop: shriveled-up evil on a stem. 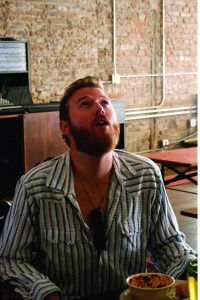 “I am not looking forward to this,” Kennedy admitted. “I’ve been watching YouTube videos of people eating ghost peppers for like, three days.” We all had. In one of them, the ceo of a chili pepper company in Hawaii (“I can eat habaneros straight”) is left writhing on his couch, contemplating a trip the emergency room after a single bite of a pepper. In another, filmed right here at the Phoenix, a cocky young man named Roger swaggers in and “without much fear or hesitation,” slowly battles his way through a small bowl of the Killer. “He was here for three hours,” recalls Phoenix owner Ross Fortune with a chuckle. “He kept slapping the table.” (Fortune himself admits that he’s never finished a bowl of the stuff himself.)

Our verdict? The Killer does, indeed, kick, but in under half an hour, all four of us had kicked us some bhut jolokia butt. “I’m not gonna lie, the first three bites were the hottest I’ve ever had in my life,” Webb said later. “But after that, you get used to it.” Out of the four of us, she alone opted not to eat the actual pepper at the end — but Fortune verified that she was still the first woman to down an entire bowl of the Killer. Kennedy, originally from Gettysburg, Penn., more than held up with the rest of us native Texans, and earned even more of our respect by merit of the fact that he had a gig later that night. And Osborne and me? After a small bowl of celebratory ice cream to sooth the burn, we asked Fortune if anyone had ever finished two bowls of the ghost pepper chili. He said no … so we did.

So, to recap: Four hungry “ghostbusters” vs. six (large) bowls of “Killer” chili in under 40 minutes. Piece of cake, really — at least until the bhut jolokai’s revenge 12, 24 and 48 hours later (I’ll spare you the details). But we all lived to tell the tale, and honestly? I’d happily do it all over again in a burning heartbeat.

Previous post Honky-Tonk Halloween: A Night at the Phoenix