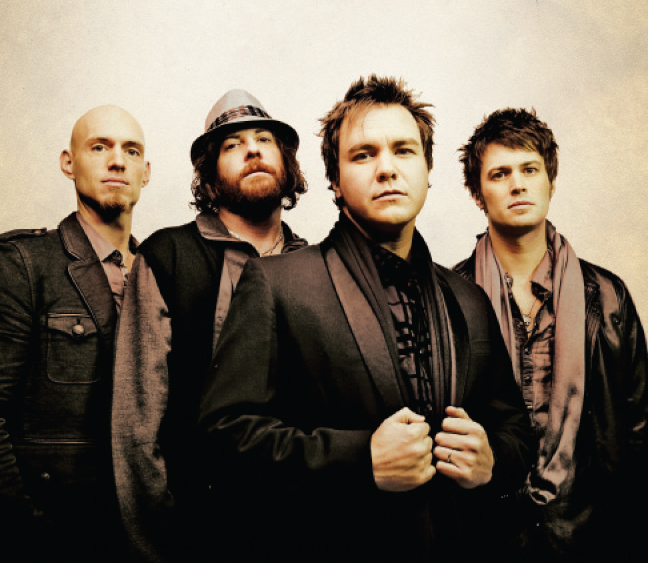 Eleven years in, the members of Texas’ Eli Young Band are having the kind of ride most artists fantasize about — the kind that starts off just for fun, turns into a career and climbs on a trajectory that takes you beyond your dreams. And while you’re still busy pinching yourself, you start dreaming bigger. And then those dreams start coming true, too.

With Life at Best, the band’s third studio album, they’re not just on the verge of major-player status; by the time it drops on Aug. 16, they should already have sipped champagne to celebrate their first gold record — its lead-off single, “Crazy Girl.” By mid-June, the Liz Rose/Lee Brice composition had sold more than 340,000 units and climbed close to the top 20 on Billboard magazine’s Top Country Singles chart.

“It’s a slam dunk that it’ll be their first gold single,” their publicist reported back then. The band was also awaiting an announcement about their fall tour plans; they’re slated to hit the road as the opener for one of the country’s biggest acts, though at press time, they couldn’t yet reveal whom.

While optimistic that the song, album and tour will raise their national profile considerably, the quartet — lead singer Mike Eli, guitarist James Young, bassist Jon Jones and drummer Chris Thompson — know better than to take anything for granted.

“We consider ourselves very lucky and fortunate,” says Eli, talking from his usual location: somewhere on the road. “There are a lot of people out there who would kill to be in our situation. We get to play music for a living. And we have a song that’s on the radio, and we didn’t have to sacrifice much to get the song on the radio. We really got to make our records the way we wanted to.”

In this case, that included adding tracks like Will Hoge’s “Even If It Breaks Your Heart” and loading the disc with 14 polished country songs (the iTunes version has a bonus 15th track). Most of them could easily follow “Crazy Girl” up the charts.

As for choosing a non-original for the first single, Eli explains, “A great song is a great song. We’re not so full of ourselves to think that every song on the album had to be written by us. That would be naïve. When we heard ‘Crazy Girl,’ we knew right away that it sounded like us. And it sounded like something that would be really cool on this record.”

According to Eli, they also knew from the beginning that it wouldcreate the proverbial buzz.

“We started playing it live in our shows about a year and a half ago to see what people thought about it. From the very first time it hit YouTube, people started talking. There’s been this magic that’s been circling ‘Crazy Girl.’”

The magic actually started years ago, when the foursome got together as students at the University of North Texas in Denton. They began gigging in 2000, made friends with a pre-Nashville Star Miranda Lambert, opened a show for her, caught the ear of producer Frank Liddell and, in 2005, released their first album, Level, on his Carnival Records label. The single, “When it Rains,” earned steady airplay in Texas and beyond, supported by the band’s near-constant touring. That perked up attention at Universal South Records, which released their second album, Jet Black & Jealous, in 2008. A label merger caused a leap to Universal Republic Nashville, their current home.

While there’s nothing in their sound that shouts “Texas,” the guys swear allegiance to their home state and the fans that built the foundation for their career. Eli insists they’d never consider moving to Nashville.

“We love living in Texas,” he says. “You’re gonna have to drag us away kicking and screaming. Not to mention I already have a house there. I don’t like moving. It’s too much of a pain in the butt.”

They don’t see their homes much these days, but that’s OK with them. They’re just intent on playing for as many people as they can — with the possible exception of Kansas City Chiefs and Denver Broncos fans, who were none too pleased when Eli flubbed the national anthem at Kansas’ Arrowhead Stadium last December. A combination of ear-monitor echo and nerves caused him to lose his place — twice. (He’s in good company. Stars from Michael Bolton to Christina Aguilera have done the same.) But the brother of two Marines apologized and promised to “knock it out of the park” next time.

“It was one of those situations that just happens and you just roll with it,” Eli says. If that’s the band’s worst bump in the road, they won’t complain.

“You kind of hope for a certain amount of success and when it goes better than expected, you can’t beat that,” says Eli. “So we’re on our way, I think. [And] we are incredibly thankful for being where we are.”

Next post Kerrville's 40th anniversary is in the books