Givin’ you all she’s got Carrie Rodriguez gets back to singing her own songs — with a little help from an old friend. 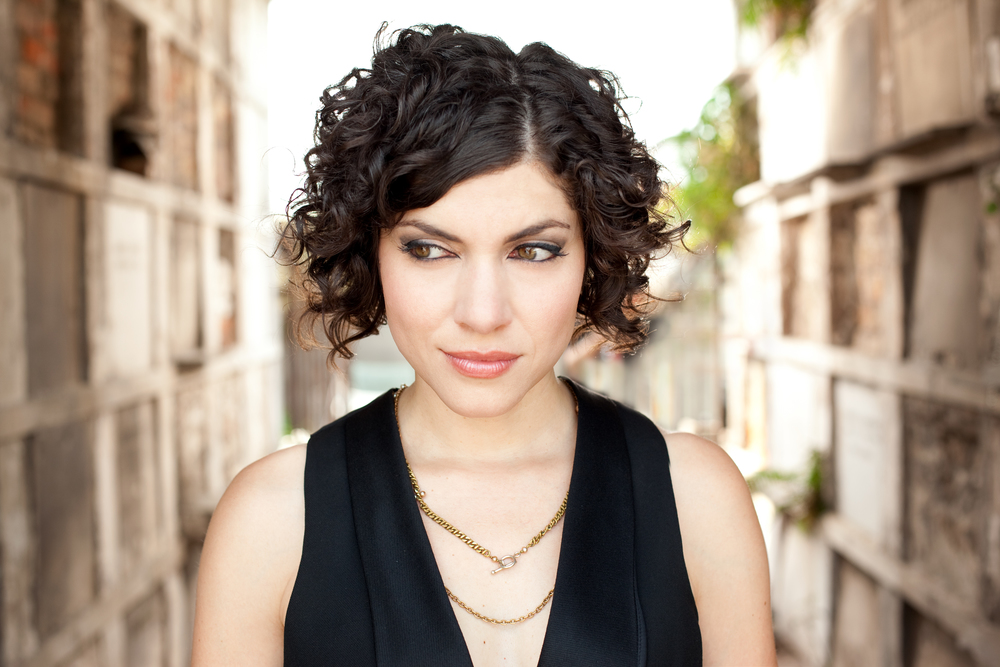 Give Me All You’ve Got, the new album from Austin-raised Carrie Rodriguez, is a comeback record. Not that Rodriguez herself has been out of the picture by any means, but a couple of key components of her artistic past have indeed been missing as of late. Such was the case especially after the release of 2010’s Love and Circumstance, which was comprised entirely of cover tunes. Although the album proved a compelling showcase for Rodriguez’s lovely vocals and instrumental chops (the Berklee College of Music alum has earned plenty of acclaim over the years for her fiddle playing), it left out of the equation the equally notable songwriting acumen she’d shown on her first two solo albums, 2006’s Seven Angels on a Bicycle and 2008’s She Ain’t Me. 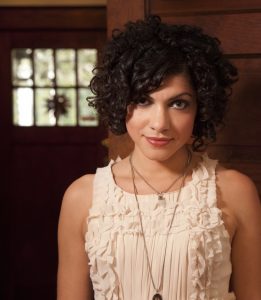 Set for release on Jan. 22, Give Me All You’ve Got finds Rodriguez returning to singing not only her own songs again, but songs co-written with a key figure from her formative years as a professional recording and performing artist: legendary songwriter Chip Taylor. It was Taylor, writer of the immortal “Wild Thing” and the beloved “Angel of the Morning,” who helped Rodriguez find her musical wings when he took her on as his fiddle player, duet and eventual songwriting partner back in 2002. Their fruitful collaboration yielded considerable acclaim over the course of countless tour dates and five releases that allowed Rodriguez to hit the ground running by the time she was ready to embark on her own solo career.

“I’m really excited about this new music and the fact that so much of it is a collaboration with Chip,” says Rodriguez. “Because of how we have worked together in the past, he knows me so well, and he knows what kinds of songs suit me. We actually started writing together again because he started sending me songs just out of the blue. He’d email me a song and the email would say, ‘Carrie, you should sing this, it’ll be a hit.’ [laughs] When Chip Taylor says something like that, you should listen since he’s the guy that wrote ‘Angel of the Morning.’”

Regardless of whether or not any of the songs on Give Me All You’ve Got prove to be  commercial hits, they’ve already connected with Rodriguez on both an artistic and emotional level. She readily elaborates on how two of the songs in particular struck her right off the bat.

“One of the first songs Chip sent me was ‘I Cry For Love,’” she says. “I immediately took to that song, because I love how it has blood and guts and how it’s so raw. ‘Sad Joy’ is another one that hit me hard, because that phrase represents a universal feeling, yet I’m not sure there’s a word in the English language for it. Maybe ‘sad joy’ is a dumb phrase, but the feeling it refers to is one that can be felt at a funeral or a wedding. It’s something you feel when you’re around a lot of people you love, and emotions get mixed-up. It’s a very human thing to feel, which is beautiful.”

In order to more clearly dig into the specifics of what “sad joy” looks like, Rodriguez fondly pinpoints a transcendent musical moment that specifically made her not only realize the emotion’s existence, but also led to the writing of the song itself.

“At a recent Austin City Limits Festival, I was watching Ray LaMontagne perform, and I was standing to the side of the stage,” she says. “Across the stage from me was this married couple where the husband was in a wheelchair due to cancer, and he was clearly near the end. It was also clear that he was a huge Ray LaMontagne fan and I just sat and watched the show through him. I couldn’t take my eyes off of him and it was beautiful, but sad. He was feeling the music with such passion and emotion. There was both joy and sadness. When I told Chip about that experience and we started writing, it all went downhill from there.”

Collaborating with her old partner and mentor wasn’t the only thing that got Rodriguez’s songwriting muscle working again. As it turns out, it was singing other people’s songs on her last record that really inspired her to pick her pen back up.

“It was a departure for me to put an entire album of cover songs out,” she admits. “But I did it because I needed to take a step back from my own songwriting and to see what type of songs from other people really would hit me and which songs I would love. I felt like I was searching for my own voice, and at the time, the best way to do that was to step back and pick some wonderful songs that meant a lot to me. And by doing that, I did become inspired to write my own songs again. I was really excited to write again after that album.”

Just don’t ask Rodriguez to pigeonhole exactly what kind of songs she likes to write.

“I don’t get too intellectual about genres when I’m writing,” she says. “I just look for the best, most honest way to sing the song. I’m not too concerned about making songs that fit into a box.”