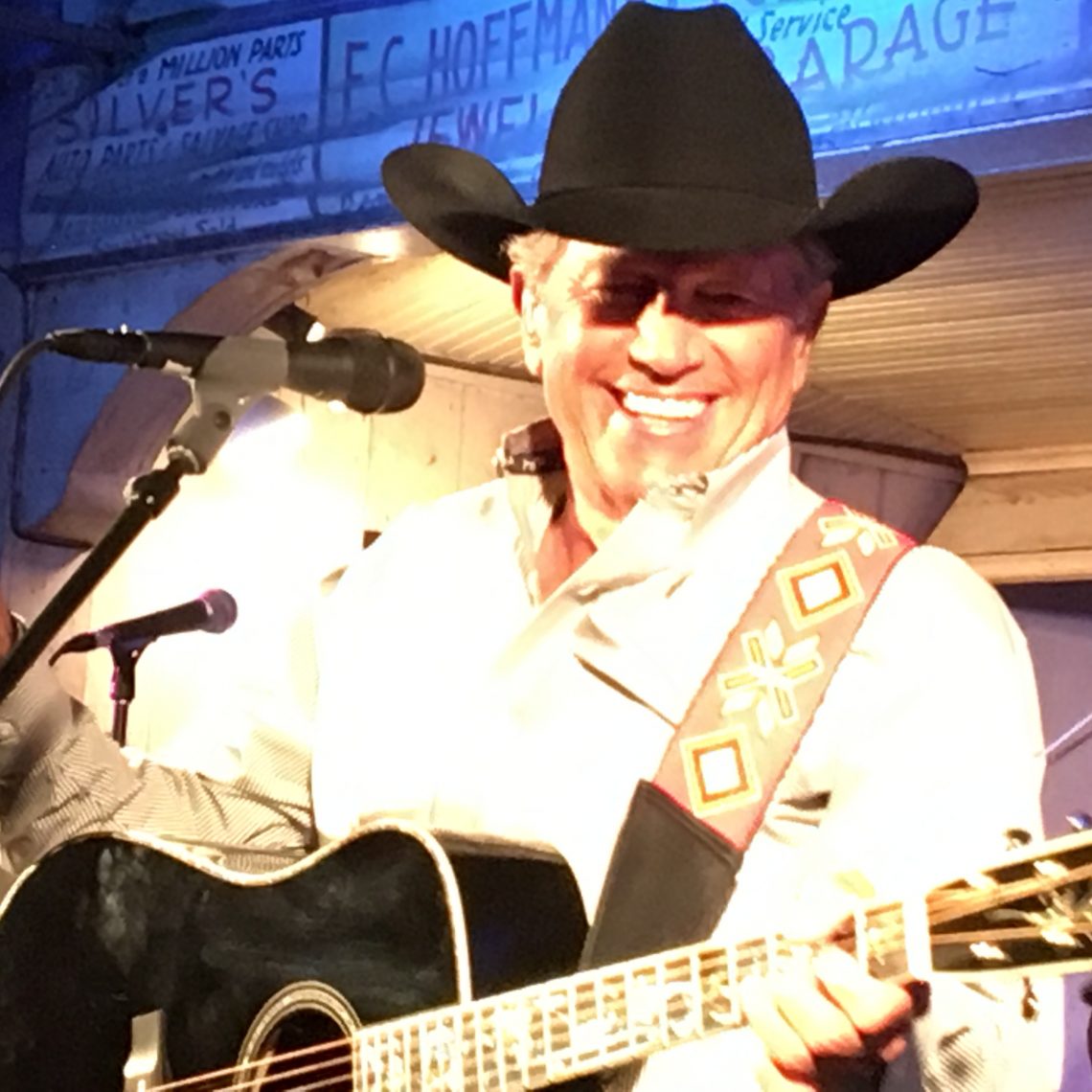 When the reigning King of Country Music is poised to release his second box set, compiling the 50-some-odd hits and fan-favorites that came along after his first box-full of chart-toppers 21 years ago, one might think that a stadium-sized release party would be in order. Or at the very least, maybe a glitzy, star-studded affair at Nashville’s Ryman Auditorium. But George Strait is not the kind of superstar to forget his roots.

Even after an epic three-decade run selling more than 100 million records and amassing more No. 1 hits — 61 at last count — than any other artist in history across all genres, the Texas native still remembers the smell of smoke in an old dancehall and countless nights of playing for the door, sometimes earning a mere $7 for the entire back. In fact, Strait not only still remembers those days, he clearly looks back on them fondly — as evidenced by his decision to celebrate his latest release with a return to Gruene Hall, the oldest dancehall in Texas and one of his earliest stomping grounds as a country music performer, on Nov. 16 for an intimate full-band concert event.

Packing a 10-piece band on the tiny stage surely brought back a flood of memories, not only for Strait but for his legendary Ace in the Hole Band. The majority of the members have been with him since at least the early ’80s, when he released his Strait Country debut album — and it says a lot about the man’s integrity that he’s kept them all on the payroll for this long. Although Strait officially retired from touring at the end of 2014, he’s continued to play for tens of thousands via a limited engagement at the new T Mobile Arena in Las Vegas. In fact, Wednesday night’s Gruene Hall gig — an invite-only affair that nevertheless drew a large crowd of fans to downtown Gruene just to hear the legend play from outside of the building, even though it was streamed live on the web — was staged not just to celebrate his new box set, Strait Out of the Box: Part 2 (a Walmart exclusive released today, Nov. 18), but for Strait to announce some of his plans for 2017 at a pre-show press conference. 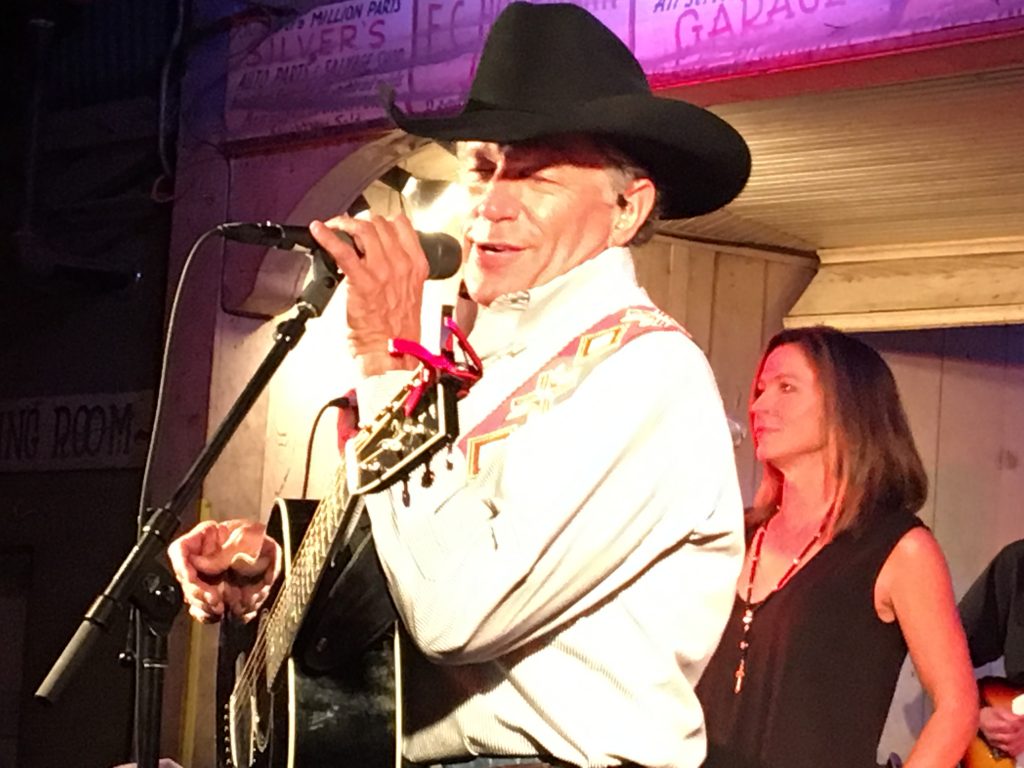 Strait took the stage at 4 p.m. and fielded questions from a small group of press. The first question of the day — “What was the toughest Gruene Hall crowd you ever played for?” — brought a quick smile and short laugh from George as he candidly replied, “Back then the crowds just wanted to drink beer and dance, so as long as we kept them on the dance floor it was all good.” Asked by this writer if he ever thought he’d be back here, 34 years and dozens of No. 1 hits under his belt later, he answered, “No way.”

“We were hoping for four or five years at the most, maybe a couple of gold records to hang on the wall … I had no idea it would lead to this,” he continued, looking around the room filled with high-end audio/visual equipment and thousands of feet of cable snaking across the worn wooden dance floor. But of course, the man’s had ample time since starting out to grow accustomed to playing — and packing — venues much bigger this one; come to think of it, he’d probably need a room bigger than Gruene Hall just to store or hang all the gold records — and decades’ worth of other industry awards — that he’s collected over the course of those 34 years. And “retirement” aside, there’s apparently still no stopping him. He announced that he was adding more shows to his 2017 Las Vegas concert schedule and that, for the first time ever, he would play all 60 of his No. 1 hits over the course of two nights.

Showtime started promptly at 7 p.m. Strait chose to walk right through the 400-plus, invitation-only crowd with a single escort in front of him rather than climb through the dancehall’s famous “Willie Nelson door.” (When the Red Headed Stranger played Gruene Hall in 1998, the crowd was so thick they had to cut a hole in one of the chicken wire windows near the back of the joint so he Willie could climb in unhampered by the throng of fans.) Upon reaching the smallest stage he’s played in decades, he kicked off a 27-song set loaded with hits, a few choice album cuts, and a two-song Merle Haggard tribute (“Mama Tried” and “Workin’ Man Blues”). He also premiered two brand new songs of his own, both featured on the box set and both featuring Strait’s own name in the writing credits. He co-wrote “Kicked Out of Country Music” with his pal Jamey Johnson, and “Gotta Go Through Hell” with his son Bubba and the legendary Dean Dillon. (Given that Dillon happens to be the writer behind so many of Strait’s hits, returning to that well made perfect sense.)

He wrapped things up in his normal fashion with “The Cowboy Rides Away,” and it was obvious from the huge smile he sported during the entire show that this night was just as special to George as it was to the fans lucky enough to attend the once-in-a-lifetime special event in person. But they weren’t alone. An estimated 14 million viewers watched the live video stream across the worldwide web, which no doubt set a new “attendance” record for a mid-week show at the most famous little ol’ dancehall in Texas. 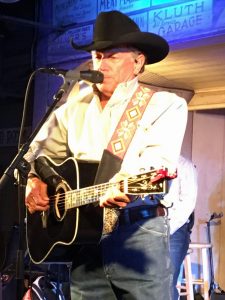