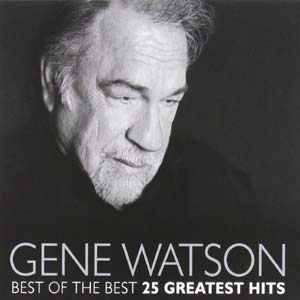 Texas country music legend Gene Watson always wanted to be a musician, but thought it would be a sideline until “Love in the Hot Afternoon,” an indie single he cut while still working at a Houston body shop in 1975, got picked up by Capitol. It led to a string of 20 Top 10 hits and dozens of best-selling albums. His classic country style got him noticed, but it was emotion-drenched ballads like “Paper Rosie” and “Farewell Party” that made him a star. Four different conglomerates own Watson’s back catalogue, so in an effort to reclaim his legacy, he cut 25 of his best for his own Fourteen Carat label. Watson’s clear, forceful tenor is still youthful and full of country soul. The songs were all played in the original key, and he still hits all the notes on these masterful recreations that are sure to please longtime fans. The record will provide an education for new fans, too, exposing them to the sharp songwriting and witty wordplay that helped lay the foundation for today’s country music industry. — J. POET