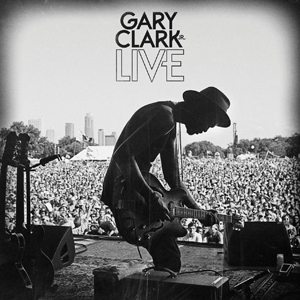 Blues fans can be a demanding bunch. Each time promising players emerge, they’re expected to document their authenticity. Show us your suffering, please. Extra points if your skin tone matches the genre’s originators, because then you can be appointed the savior of a supposedly endangered art form. While ethnicity might provide an edge with regard to understanding the blues’ cultural roots — unlike Robert Johnson, whites didn’t have to fear being caught outdoors after sundown — the notion that color adds capability is one most players don’t buy any more than the idea that they’re supposed to save anything besides themselves.

Fortunately, by remaining more interested in self-expression than living up to others’ ideals, Austin’s Gary Clark Jr. has found his own level of artistic purity — one steeped in the legacies of his blues inspirations (black and white), yet giving equal legitimacy to his rock, hip-hop and soul heroes. That’s what lifts him out of the realm of imitators; it’s also what caused him to flounder somewhat on his major-label debut, Blak and Blu. But when he stands onstage, guitar in hand, Clark somehow turns even lesser material into the stuff of performance legend. On this double album, every track sounds like lightning in a bottle. Clark seamlessly melds past and present, laying the gritty, fuzzed-up slide- guitar snarl of “Next Door Neighbor Blues” beside the deep-throated notes of “Catfish Blues” (at- tributed here to Muddy Waters), and channeling both Chuck Berry and admitted Berry borrower Keith Richards through “Travis County.” He turns Albert Collins’ “If Trouble was Money” into a stun- ning bout of improvisation, and grafts the cascading notes of Hendrix’s “Third Stone from the Sun” onto Little Johnny Taylor’s “If You Love Me Like You Say” with a break that sounds as if he’s hiding a vinyl-scratching DJ — or Tom Morello — behind his amp.

The defibrillator-jolt segue from “Blak and Blu” to “Bright Lights” provides another high, and definitively conveys just how well he’s learned to moderate both his intensity and pacing. Clark deftly spins notes into whirling crescendos, then pulls back, only to hit more peaks until he finally goes for the climax — giving audiences orgasmic frenzies. But the real depth of Clark’s talent becomes evi- dent when he switches to the soft groove of “Things Are Changin’” or the soul-blues of “When the Sun Goes Down” or “Please Come Home,” which earned him his Best Traditional R&B Performance Grammy. There’s no question he deserved it; his sweet, butter-smooth vocals dazzle even more than his fretwork. Now he just needs to find more material where that came from. — LYNNE MARGOLIS