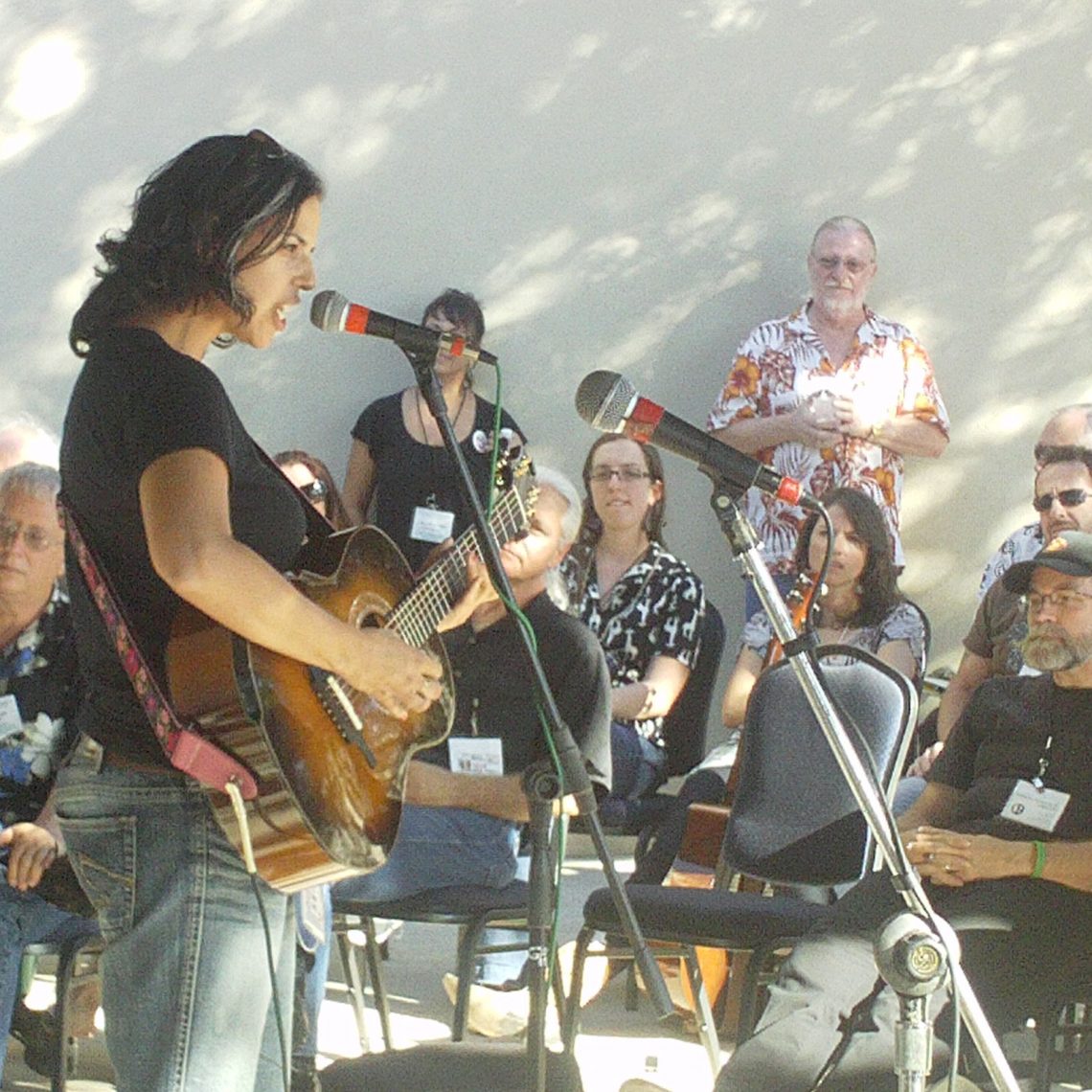 If “SWRFA” isn’t a household word in your home, just trying to pronounce it will probably conjure up thoughts of Papa Smurf on steroids. But it’s actually an acronym for Southwest Regional Folk Alliance, and any folkie worth their guitar strap knew that the SWRFA Conference at the Holiday Inn Midtown in Austin was the place to be this past Sept. 30 – Oct. 3.

“It’s kind of like Kerrville for adults,” offered one longtime alum of the three-day conference. And sure enough, with its late-night and early morning impromptu jam sessions, it is similar to those early summer evenings out at Quiet Valley Ranch. But the creature comforts of king-size beds, room service and official showcases in banquet rooms give SWRFA just a tad more, dare we say, “corporate” kinda vibe. That is, at least as button-downed as a conference with breakout sessions such as “Fit as a Fiddle: Health & Wellness for Musicians” and “14 Songs in 14 Days” can be. 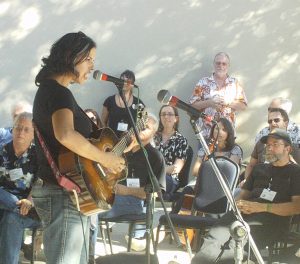 Now in its 11th year, the SWRFA has grown from a small gathering of 50 or so to more than 200 attendees in 2010. Dalis Allen, SWRFA Conference Coordinator (and the producer of the Kerrville Folk Festival), notes that this year’s event drew more venue operators than ever before, giving registered performing singer-songwriters more opportunities to be heard by those who may book them somewhere down the road. “In the past, some of the folks who host house concerts thought SWRFA was just about coming and listening to music — and quite frankly, the bigger ones didn’t feel like they needed to be here because they have a lot of acts to choose from as it is,” Allen said. “But the conference is a lot more than that. House concert hosts and venue operators get as much out of the networking as do the artists.”

The conference also attracts agents, managers, radio and podcast DJs, festival organizers, music educators and graphic artists. But by far, the largest segment represented are performers. With poolside open mics and scores of private showcases, there are ample chances for artists to make an impression and jumpstart a career. Claude “Butch” Morgan credits SWRFA for doing just that. “Without a doubt, the one thing that took my songwriting and performing to the next level was the Southwest Regional Folk Alliance. Not only did it open my eyes to where I was in terms of songwriting abilities, it increased my visibility within the folk community and showed me possibilities that I had no way of knowing about before.”

SWRFA is one of five U.S. regions in the Folk Alliance International sphere. The International Conference — call it the “mothership” — used to migrate from city to city every winter, touching down in Austin back in 2006. But it’s called Memphis home for several years now, and it will be held in Memphis once again this winter (Feb. 16-20) — and through 2013. But even though “the big one” won’t be returning to the Lone Star State anytime soon, SWRFA does host one-day events throughout the year (and region) — and has already registered 50 early birds for next fall’s regional conference in Austin. For more information, visit http://swrfa.com. — D.C. BLOOM

Previous post Closing time for ACL at Studio 6A