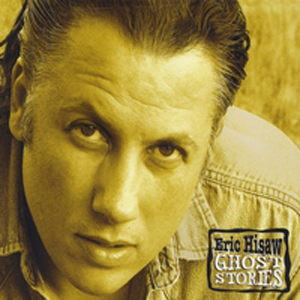 Austin’s Eric Hisaw (originally from Las Cruces, N.M.) has knocked out a handful of solid roots-rock releases over the last decade, including 2008’s Nature of the Blues, 2006’s The Crosses, 2002’s Never Could Walk the Line and his exceptional 2000 debut, Thing About Trains. But with the 10 just-about-perfect tales of hard-traveled and weary-hearted workingman blues collected on Ghost Stories, the journeyman songwriter, guitarist and singer delivers his first stone-cold masterpiece. Hisaw’s an old-school, record-collecting music hound; he’s contributed “Mr. Record Man” career overviews on Waylon Jennings, Doug Sahm, Joe Ely and Billy Joe Shaver to this magazine, and his songwriting and guitar chops further reflect his lifelong obsession with gritty outlaw troubadours, honky-tonk heroes and Gram Parsons-obsessed Rolling Stones. But he also draws inspiration from two decades of firsthand experience slugging out a living with blue-collar jobs by day and bar-band gigs at night, which accounts for the lived-in nature of his blues that lends his songs the satisfying heft of real-deal integrity. Hisaw produced the album himself, supplementing his husky vocals and tasteful, J.J. Cale-meets-Keith Richards leads with sterling assists form bassist/B3 player Ron Flynt, drummer Vicente Rodriguez, harmony and background singer Chrissy Flatt and special guest Lloyd Maines on pedal steel and dobro. Every damn song here rings tried and true and cuts right to the bone and heart, from the bittersweet, sweat-stained memories of the title track, “Johnston County” and “Don’t Live There” to the road-beaten sigh of “Pay Phone” and the knock-you-off-your-barstool gut-punch of “Love She Wants.” There’s nothing supernatural here, but if lines like “He’ll hold her up when she can barely make the door/knowing he’s not the one she’s reaching for” don’t make the hair on the back of your neck stand straight up and shiver, odds are you’re already dead. — RICHARD SKANSE