Drive-By Truckers: An American Band with a mission Patterson Hood and Mike Cooley talk about “What It Means” to take a stand 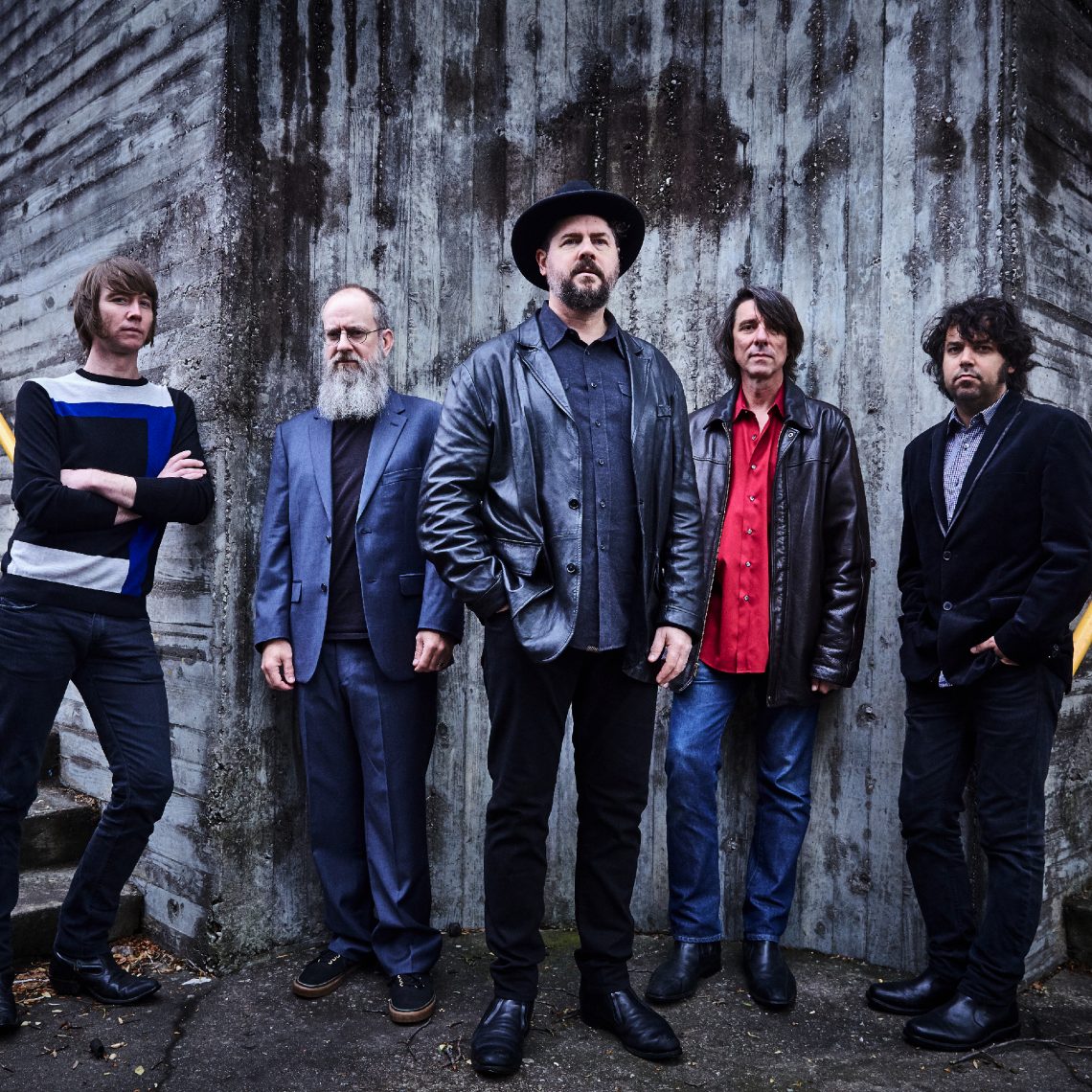 It’s been 15 years since the release of the Drive-By Truckers breakthrough fourth album, Southern Rock Opera. More than “just” an ambitious concept album based around the 1977 plane crash that decimated Lynyrd Skynyrd, the double-LP set honed in on the historically sinister racial politics of the South and what co-lead singer Patterson Hood perfectly dubbed “the duality of the Southern Thing.” The album garnered widespread critical acclaim for blending darkly ambitious, intricate storytelling with greasy, blazing guitars — and officially established the Athens, Georgia-formed Truckers as one of the rare modern American rock ’n’ roll bands that was as smart and socially conscious as it was decidedly kickass. 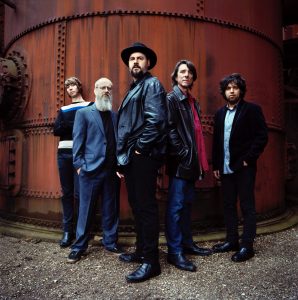 In other words — the kind of rock ’n’ roll band that American needs now more than ever. And with the aptly titled American Band — released Sept 30 on ATO — Hood, co-frontman Mike Cooley and the rest of the Drive-By Truckers have answered the call with a veritable battle cry.

Although the Truckers have never shied away from speaking their minds when it comes to complicated, deeply rooted subjects, the intensity of focus and urgent sense of purpose driving the songs of both Patterson and Cooley this time around makes American Band the band’s most socio-political charged statement not just since Southern Rock Opera, but arguably of their entire 20-year career.

The majority of the record is heavily informed by the racial unrest and police violence that’s dominated headlines of late, and it doesn’t flinch from the charging into the fray. In the gorgeous but harrowing “What It Means,” when Hood sings “If you say it wasn’t racial when they shot him in his tracks, well I guess it means that you ain’t black,” he’s aiming right for the heart of racist America, forgoing any use of folksy charm. For Hood, this entailed taking a very different approach to his songwriting, morphing from a front-porch storyteller spinning yarns about unruly characters and fictional hardships into much more of a news reporter — or news reader — dealing with the cold, hard facts of real life. And he didn’t take the responsibility lightly.

“Just like with Southern Rock Opera, when we knew we had to have our George Wallace facts straight,” Hood explains over the phone from his Portland home. “And here, especially with ‘What It Means,’ I looked at things journalistically after I originally posted (that song) online two years ago after the events in Ferguson. I had gotten caught up in the emotions of the moment, and the next morning I realized I had done it too quickly. I wasn’t originally intending to make the song a literal one, but I had left enough room to give people who wanted to be negative about it some ammo to use against me. So I made sure I had facts straight before recording it again.”

Like Hood, Cooley also found himself being inspired by the less-than-desirable circumstances he kept seeing on the news — resulting in equally powerful and topical songs of his own like the album opening “Ramon Casiano,” “Once They Banned Imagine,” and “Surrender Under Pressure” (for which the band has just released a video, posted below.)

“I just always start by latching onto a single idea for a song,” explains Cooley. “And these police shootings just kept happening and I couldn’t help but be affected by the absurdity of it all in this day and age. Along with so many positive progressive social changes, there’s also been this resurgence of some old-school ugliness, and I found myself wanting to comment on these things as they were happening. These songs are me examining how I feel about it all.”

Thanks to the well-blended nature of the group’s first few records, where raucous — and sometimes profane — country punk met socially conscious southern grooves, American Band really shouldn’t catch any of the Truckers’ fans off-guard. Of course, whether or not all of those fans share Hood and Cooley’s liberal points of view is a different story — but it’s not a story the guys are too terribly worried about.

“There may be a slightly different approach now, but we’ve fundamentally been saying the same things for a long time,” Hood says decisively. “There’s a left-leaning bent through our entire catalog, but it’s more on the surface now, and if there’s push-back from anyone because of that, I’m not concerned by it. I don’t know how to write a Top 10 hit song, so all I can do is write the best song I can, no matter what. As long as I can keep supporting my family, then it’s not worth my time to worry about whether anyone gets mad about my songs.”

Whatever one’s political views may be, though, there’s one thing all Drive-By Truckers fans can agree on: the band has always rocked. The messages and grizzly tales told in their songs may not always feel suitable for letting the good times roll, but every Drive-By Truckers record — and especially concert — still guarantees a heady measure of fist-pumping release.

“In the end, it’s still music,” Cooley says. “And you’re going for something that sounds good. I mean ‘Fortunate Son’ is a great rock song, you know? But it has a very powerful message that still rings true today.

“I was pleased at how similar some of the songs (on American Band) came out sounding like the Clash,” he continues. “We weren’t necessarily aiming for that specifically, but I’ll take it.”

Cooley and Hood wrote the songs for American Band at various points over the past couple of years, both when the band was on the road and when they were apart, each processing current events in different ways. But by design their songs this time around address a much bigger picture — and swath of America — than they have in the past. For better and worse, it’s safe to say that that duality of feeling both pride and shame in one’s home turf is no longer just a “Southern thing.”

“That’s why we named the record American Band,” Hood says. “What we’re dealing with in these ways is a national problem. People talk about the divide between the North and South, or black vs. white or even Red State vs. Blue, but there’s also an issue of rural vs. urban that continues to grow.”

And so long as that divide still exists, there will likely always been a need for an American band like this one.

Next post Bonnie Whitmore: "Wash It Away" and "Fighter"