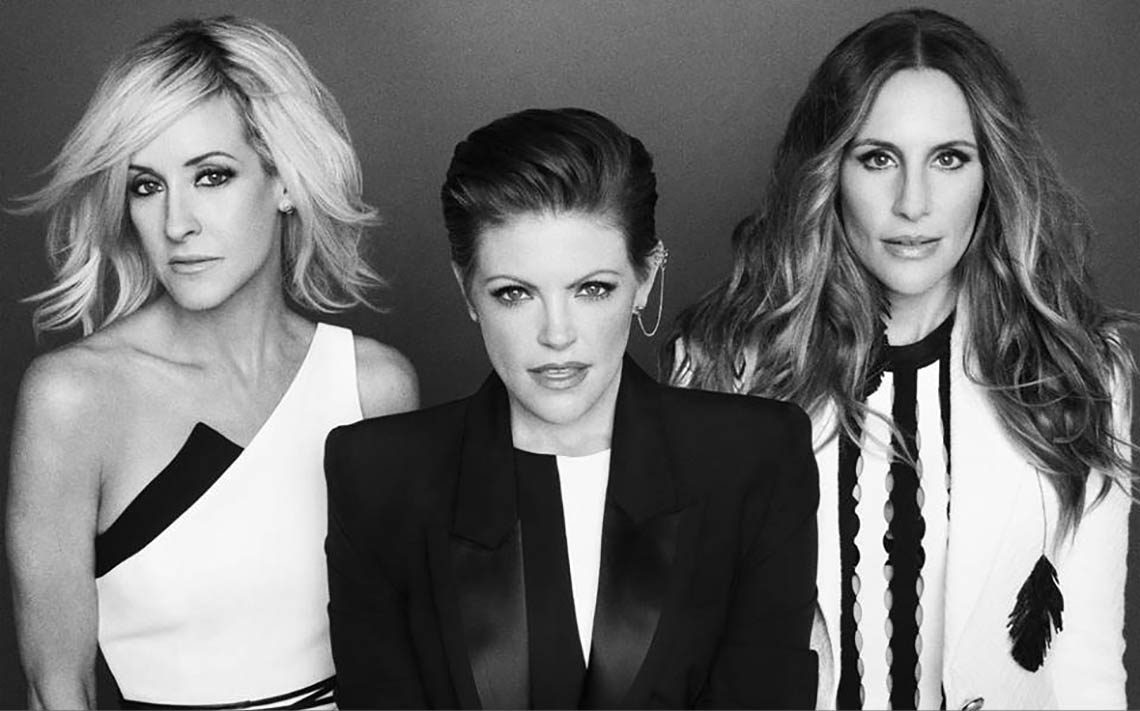 America, how long has it been since you had a big, full-scale Dixie Chicks tour to call your own? Well, that’s too long. Granted, some of y’all have no one to blame for that but your over-reactionary, boycott-happy selves, but … bygones! It’s been 10 years since their last U.S. headlining run in support of their Grammy-sweeping Taking the Long Way mic drop, but the biggest-selling lil’ ol’ band of Texas fireballs in country music history is officially back from hiatus — and ready to return to active ass-kicking duty with a 42-date North American tour commencing June 1 in Cincinnati, Ohio.

Although they’ve been a long time gone from the U.S. arena and amphitheater circuit, the “DCXMMXVI” tour (which actually opens with 13 dates in Europe beginning April 16 in Belgium) will hardly be the first time that Natalie Maines, Emily Robison and Martie Maguire have played together since the close of their “Accidents & Accusations” tour a decade ago. The trio flew with the Eagles as special guests on the later’s 2010 Summer Tour, and headlined their own “Long Time Gone” tour in 2013, with 15 stops throughout Canada and Europe. They also performed short but show-stealing sets at the Oct. 17, 2011 Concert for Wildfire Relief in Austin and at the May 15, 2013 KLRU All-Star Tribute to Lloyd Maines (aka Natalie’s dad.) The Lloyd tribute, held at Austin’s Moody Theater, also featured separate sets by Natalie solo and by Emily and Martie’s Court Yard Hounds. (Maines, who was inducted into the West Texas Walk of Fame in her native Lubbock this past September, released her solo debut, Mother, in the spring of 2013, while the Hounds released their self-titled debut back in 2010 and a second album, Amelita, in 2013). Most recently, in October, the Dixie Chicks performed at the Bridge School Benefit in Mountain View, Calif., and at the Proclaim Justice Backyard Bash in Los Angeles.

One thing Maines, Maguire and Robison haven’t done together in all that time is release a new Dixie Chicks album. Although sisters Robison (dobro) and Maguire (fiddle and mandolin) hinted that they were working on new music with lead-singer and outspoken controversy magnet Maines a few years back, the only “new” songs heard from the women as a trio since 2006’s Taking the Long Way have been live covers like Miley Cyrus’ “Wrecking Ball” and Lana Del Rey’s “Video Games.” But regardless of how long overdue an album’s worth of new material from the best-selling all-girl band in history may be, for the time being, at least, fans will just have to make due with catching them live … that is, if they can still get tickets.

Next post LSM Song Premiere: Bill Whitbeck's "The End of the Bar"