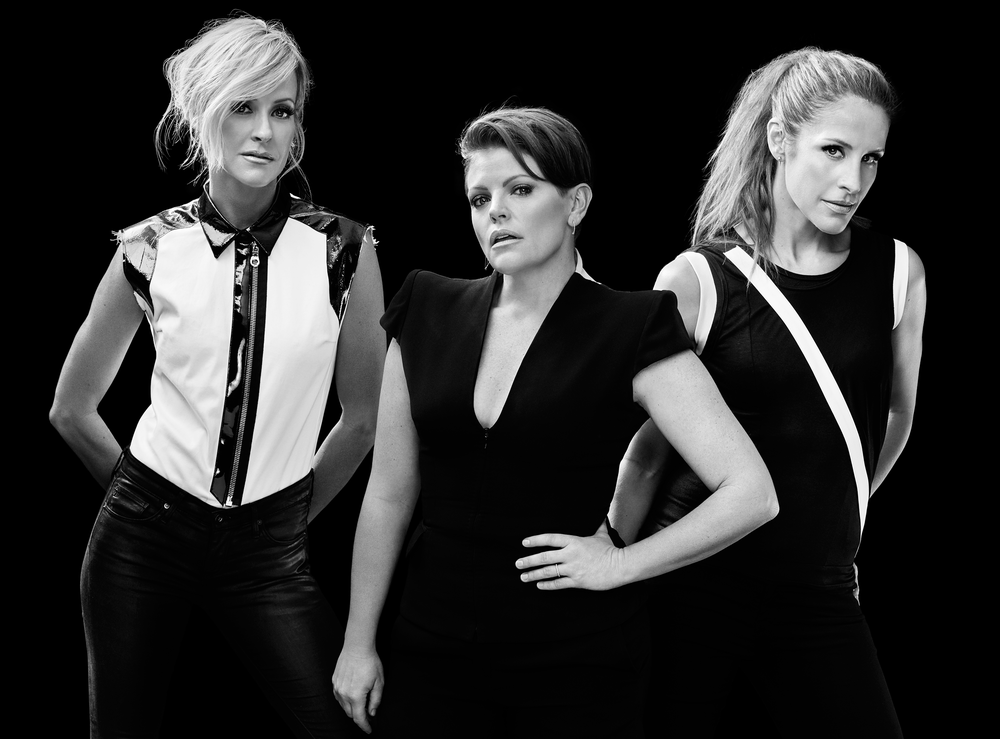 Photo by James Minchin (via www.dixiechicks.com)

Although it’s now been a dozen years since the release of their last studio album, the days when the Dixie Chicks’ status as an active entity necessitated a Texas-sized question mark appear to be a long time gone. It was announced this week that on April 12 — a mere year to the month after the trio wrapped their blockbuster 82-date DCX MMXVI / MMXVII tour in Ontario, Canada — Natalies Maines, Martie Maguire, and Emily Strayer will reassemble to headline the 2018 Mack, Jack & McConaughey (MJ&M) charity gala at Austin City Limits Live at the Moody Theater.

Tickets for the MJ&M Gala go on sale this Friday (March 2) at 10 a.m. CST via Ticketfly. And even at $99 to $269 a pop, odds are they’ll go fast. [Update: They appeared to be all gone in under two minutes.] This will be the multiple Grammy-winning (and multiple million-selling) Dixie Chicks second time performing at the 2,700-capacity venue since its opening in 2011, coming five years after their six-song set as part of an all-star tribute to lead singer Natalie’s father, Lloyd Maines, back in May of 2013.

Since its launch in 2013, the annual MJ&M event — hosted by former University of Texas football coach Mack Brown, actor Matthew McConaughey, and Texas songwriter Jack Ingram — has raised more than $7.5 million for a number of different causes benefiting children’s health and education. Proceeds this year will go to Dell Children’s Medical Center, CureDuchenne, HeartGift, the just keep living Foundation, and the Rise School of Austin (among other charities). As Maines said in a statement announcing the Dixie Chicks’ participation this year, “supporting this incredible charity event which empowers kids and saves lives is an opportunity we are inspired to be a part of.”

Previous MJ&M headliners have included Miranda Lambert and Kacey Musgraves (both of whom started out, just like the Chicks and Ingram, as scrappy independent artists on the Texas music scene), along with the varied likes of Sheryl Crow, Dierks Bentley, John Mellencamp, and noted Dixie Chicks enthusiast Toby Keith. “Every year the music at MJ&M just gets better and better, and this year is certainly no exception,” enthused Ingram. “We are honored to have the Dixie Chicks headline the gala concert.”

But that Thursday night gala is “just” the official kickoff for what’s actually a two-day event. The Mack, Jack & McConaughey fundraising will continue on the morning and afternoon of Friday, April 13 with a celebrity golf tournament at Austin’s Spanish Oaks Golf Club and concurrent fancy fashion show and luncheon at the JW Marriott, and conclude later that evening with more music back at the Moody Theater, with Ingram hosting his annual Jack & Friends Concert. Joining him onstage for the songwriter showcase this year will be Patty Griffin, John Fullbright, Butch Walker, and of course the ubiquitous “and more.”

And if that “and more” just means a chilled-out McConaughey taking it all in over a few Wild Turkeys? Well … who’s not gonna be alright-alright-alright with that?

For more information on this year’s MJ&M festivities, visit www.mackjackandmcconaughey.com.