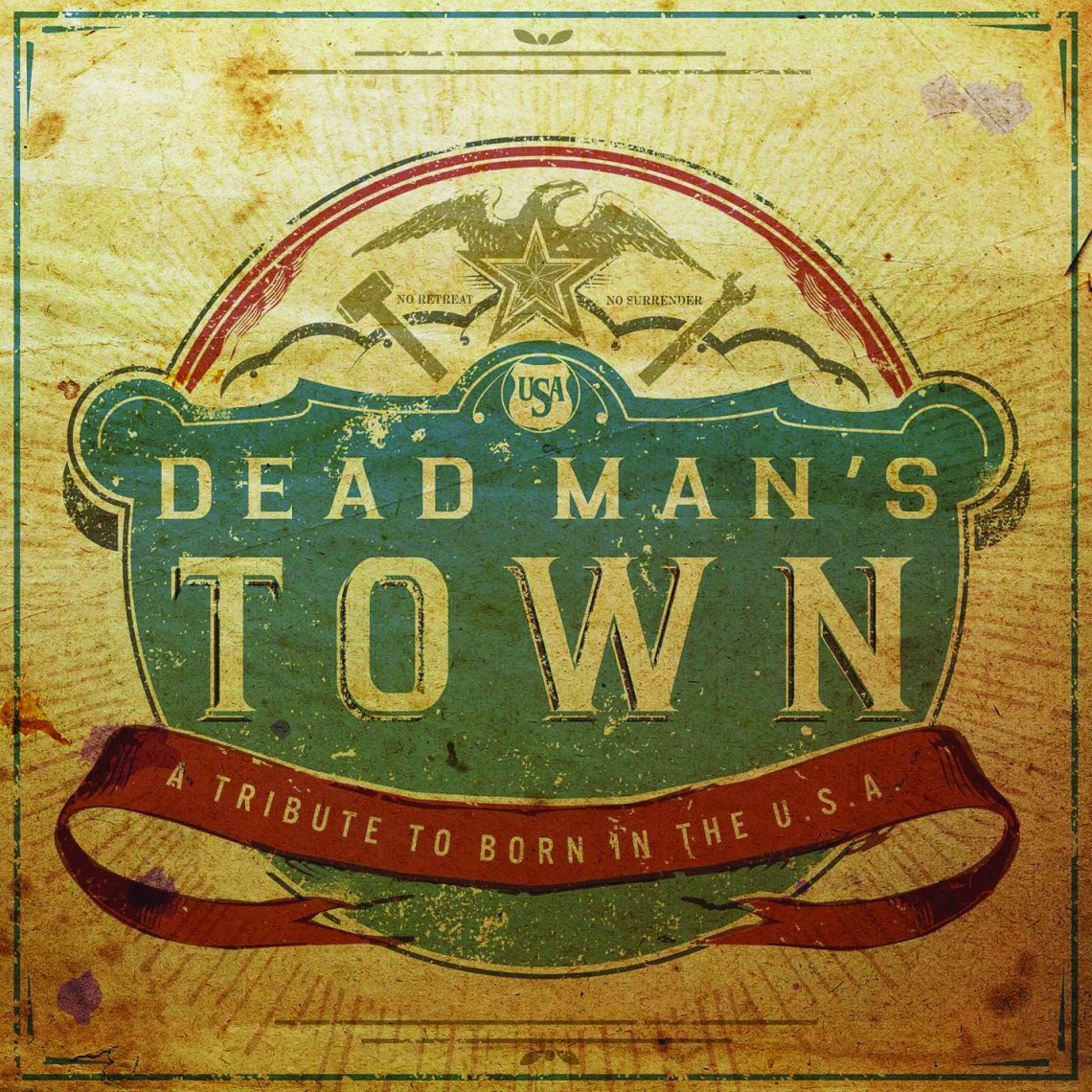 A new crop of students delivers lessons from the Boss

When Bruce Springsteen released Born in the U.S.A. 30 years ago, he’d already blown up big nine years earlier with Born to Run. But this al- bum, fueled by MTV videos depicting a pumped-up everyman at the peak of his virility delivering audience-energizing anthems, would catapult him into stadium-filling stardom. Even he wasn’t pre- pared for the success of what would become one of the biggest-selling albums in history, spawning seven top-10 hits and rendering any remaining anonymity he had obsolete.

Nor was Springsteen prepared for the fact that his songs’ meanings would be buried in a sea of beer-soaked concertgo- ers more eager to dance than think (not to mention the re-election campaign of a president he didn’t support). Bruce had built a reputation as our chronicler of seekers, believers, impetuous youth — and luckless, downtrodden souls. But despite its arena-rock rhythms and al- leged optimism, Born in the U.S.A. again examined the despair his characters found in a country starting its decline; the promises unfulfilled, the longings, the passion unsated — or the consequences if it was. Springsteen has since worked hard to clarify his messages, even shushing audiences to deliver the title song as a 12-string acoustic bottleneck-blues lament, full of the festering anger and frustration his poor, PTSD-worn protagonist couldn’t escape.

This is the mood captured on Dead Man’s Town: A Tribute to Born in the U.S.A., Lightning Rod Records’ masterful 30th-anniversary recasting of the iconic 1984 release.

“It was ready for a re-imagination,” says co-executive producer Evan Schlansky, the journalist and musician who con- ceived the project and took it to Lightning Rod’s Logan Rogers. Though they sought out pre- and post-Baby Boomer Springs- teen contemporaries such as Neil Young and Eddie Vedder, they landed a roster of second-generation fans that actually fulfills their vision more completely. Unlike those who watched Bruce rise to fame, they’re informed by different sensibilities; as members of America’s first generation who couldn’t expect more prosperity than their parents achieved, they offer the stark clarity Springsteen’s ‘80s versions don’t fully convey.

Take the title tune, rendered by Amanda Shires and her husband, newly crowned Americana king Jason Isbell (winner of the Americana Music Association’s 2014 Album, Song and Artist of the Year awards). Their elegiac version, contain- ing only his voice and strummed acoustic guitar and her bone-cutting, minor-key fiddle, is truly haunting. Producer Dave Cobb, who also produced Isbell’s lauded Southeastern album, made sure there’s no cool-rockin’ daddy lurking anywhere in its vast emptiness. 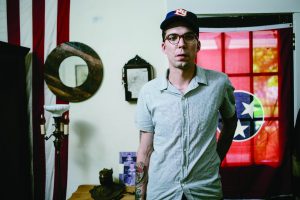 As Rogers notes, Justin Townes Earle’s fingerpicking on “Glory Days” rescues it from its sports-bar incarnation and restores it to its folk origins, etching its desperation with an insight borne of unfortunate experience. New Jersey’s Nicole Atkins gives “Dancing in the Dark” — tracked in Asbury Park — a powerful, quietly eerie reading, and Ryan Culwell’s gruff Southern drawl fully evokes the sadness of a friendship torn asunder on “Bobby Jean.” 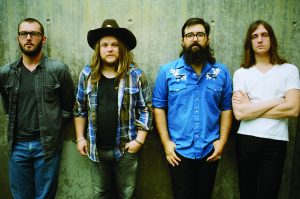 Like many first exposed to Springsteen via the U.S.A. onslaught, Schlansky’s Boss adoration wasn’t automatic. “Born in the U.S.A. came out when I was 9 or 10,” recalls the former American Songwriter magazine managing editor. “I quickly decided that I hated Bruce Springsteen. … I used to hear those songs, and I was like, ‘Who is this Bruce Springsteen guy? He sings in this crazy, hoarse style, and ‘Born in the U.S.A.’ is this repetitive song.’ I was more into Huey Lewis and Genesis, George Michael, Bryan Adams, stuff like that. Bruce seemed almost like a parody.”

But as Schlansky hit adolescence, he bonded over music with his best friend, Matt. They latched onto “Bruce Springsteen lite” — Bon Jovi — then Schlansky discovered one of his dad’s mix tapes and heard “Thunder Road” and “Born to Run.” He was transformed.

“I’d never been more affected by mu- sic like that before or since,” he admits. “I remember I sheepishly told Matt one day, ‘I think Bruce Springsteen actually isn’t that bad,’ and he was like, ‘Yeah, dude, I know.’ … Springsteen became our religion — not in that collector way that adults have … but in the original way, where music hits you so hard, and it’s the soundtrack to your first love and your first cigarette and the first time you drive a car, and it defines what you want to do with the rest of your life.”

When Springsteen gave his one-for- the-ages South By Southwest keynote speech in 2012, he described that exact experience, which he so brilliantly encapsulates in the “No Surrender” lyric, We learned more from a three-minute record, baby, than we ever learned in school. 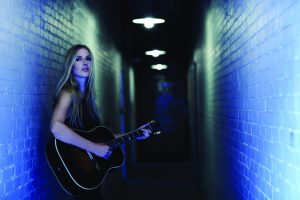 Schlansky ranks that song with his aforementioned holy grails “in the pan- theon of moving Bruce Springsteen songs that we can all relate to.” On Dead Man’s Town, Holly Williams’ breathy vocals and commanding presence give it a new dynamism; Schlansky loves the idea that she’s carrying a musical torch passed from her grandfather, Hank Sr., an idol of Springsteen’s, as well as the “ever so slight” re- contextualization a woman’s voice gives the song, also produced by Cobb (as is the Apache Relay’s dramatic “Cover Me”). 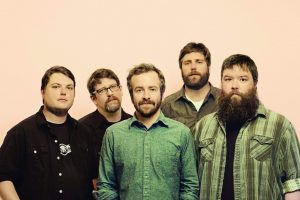 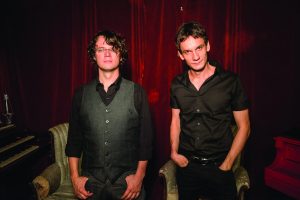 Lightning Rod’s Rogers says that Cobb, who became a Springsteen fan while working on the album, questioned early on “who would be crazy enough” to pick the title track. But Isbell and Shires grabbed it before anyone else signed on; Trampled By Turtles, who often covered “I’m Goin’ Down” live, were next. Rogers feared having only 12 options, unlike his High Cotton Alabama tribute, would make it tougher to get commitments, but he rarely even did any match-making. North Mississippi Allstars also picked what he considered the perfect choice: “My Hometown.” Noting the Stonesy swagger in Luther Dickinson’s vocals, Schlansky says, “It’s like Bruce Springsteen meets Exile on Main Street.” He’s also fond of the Nighthawks’ Wilco-ish “Darlington County” cover. 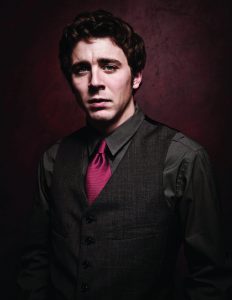 Austinite Joe Pug (originally from Chicago) claimed “Downbound Train,” transposing its famous guitar riff onto piano, adding only drums and chopped, backward-looped harmonica. Bruce him- self might have created this arrangement had he written the tune today, Schlansky says; certainly, Springsteen adheres to the Guthriesque notion that keeping songs alive includes reinterpreting them over time.

“In a lot of ways, he invented a lot of what the job of the modern singer-songwriter is,” says Pug.

Rogers sees Springsteen’s oeuvre as the classic-rock equivalent of the Great American Songbook. Dead Man’s Town, he says, is an homage to that spirit — as well as to the man who’s still teaching us lessons we could never learn in school.