Dawn and Hawkes: Love and (musical) kismet For this Austin duo, “Forever Happily” was just the beginning 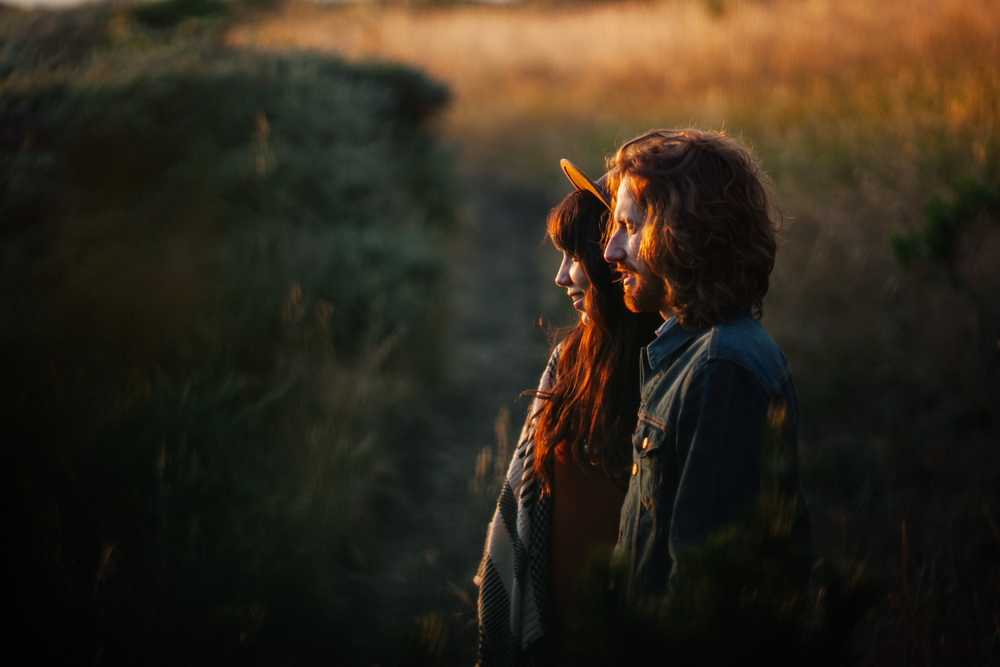 Miranda Dawn and Chris Hawkes are that incredibly adorable couple down the street that you find yourself really liking despite the fact that they’re insanely good looking, immensely talented and oh-so-obviously in love. Add to that the fact that they seem to have lived a charmed musical life since a cute meet at an Austin bar and discovering early on that they shared both songwriting skills and the ability to make sweet harmonies together, and you’ve got the makings of an irresistibly charming stage act that is spreading the love to and feeling it back from adoring audiences all over Texas.

It has been a storybook tale in lovely music making ever since Hawkes walked across that dance floor and asked Dawn if she cared to two-step. Soon, he was a frequent attendee at a songwriter’s night she was hosting at the time, coming to not only hear mutual friends share their tunes but also to stay on the radar screen of the attractive songbird.

“It took me a while to separate the difference between being attracted and drawn to each other and then being musically compatible, too,” Hawkes admits. “I had a hard time distinguishing, ‘am I just enjoying my time with her, like in general, or is this really musical kismet?’”

In short time, Hawkes was joining Dawn on the stage at the Kerrville Folk Festival, accompanying her performance as a finalist in the country’s seminal songwriting contest, New Folk. Hawkes, who had already released a few albums of his own, ended up producing Dawn’s maiden effort, 2012’s Reason to Feel Alive. The album featured “Forever Happily,” one of the first songs the couple had sung together, and Dawn insisted that Hawkes include his own vocals on the track. The harmonic pairing would prove to be a prelude to their next project: a six-song EP entitled Golden Heart that they would have in the can well in advance of their national television close-ups. 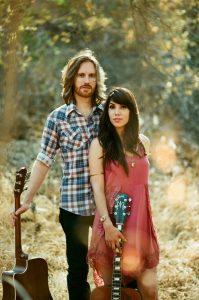 Oh, yes, one has to mention their stint on the hit TV show The Voice, which earned Dawn and Hawkes the praises of the tastefully-tatted Adam Levine of Maroon 5 fame. Upon turning his chair a few bars into their lovely cover of the Beatles’ “I’ve Just Seen a Face,” Levine would gush, “That was my favorite performance on the show — ever!” Their run as members of Team Adam would win them new fans from coast to coast, thousands of whom went to iTunes to download their songs and cast their votes for the duo.

Back home in Texas, the pair settled into the routine of a career jumpstarted by The Voice … and poised to take them even further on the strength of their beautifully blended voices and well-crafted songs. They opened shows for prominent acts such as Robert Earl Keen, Dawes, and Chris Isaak. They played the festival circuit, showcasing their wares at SXSW and Austin City Limits. And when they weren’t taking to stages in Texas and beyond, they were writing the songs that would populate their first full-length Dawn and Hawkes album, Yours and Mine.

The album, released in early October, features Dawn’s father, Chico Oropeza, a veteran Austin musician who has worked with the Derailers, Joe King Carrasco, Miss Lavell White, and Ponty Bone, on mandolin. Other contributors include Zeke Benenate on upright bass, Clint Simmons on drums, Trevor Nealon on Hammond organ and Mike Ross on cello. The title track is a testament to the life and career they’ve found and are making together: “Good things come to those who wait, with your love don’t hesitate, grow so close, till there’s no line, what’s mine is yours and yours is mine.”

In support of the album, the couple continued to garner opening gigs for Patty Griffin, the Trishas and Alison Krauss, leading Americana lights whose work they greatly admire. Yours and Mine has received considerable airplay and was a Top 10 album on the Roots Music Radio folk chart. And in February, their sold-out show at Austin’s venerable Cactus Cafe — a venue Dawn virtually grew up in, cutting her Texas music chops on folks like Townes Van Zandt and Guy Clark as a toddler — served up lovin’ spoonfuls of both D&H originals and lovingly chosen covers to old and new fans alike.

The pair seem to readily embrace their roles as unyielding exemplars of relationship — and euphonious — bliss. “We were probably a year into performing together before I saw a video of us,” relates Hawkes, who up until that point hadn’t quite grasped the couple’s amorous appeal to outsiders. “I watched it and thought, ‘Oh, so that’s what they mean.’”

If Hawkes was a tad late to recognize it, Dawn saw it as a continuation of that first dance the couple shared years ago. “When you dance with someone who makes you feel graceful and alive and light on your feet, it’s beautiful. And performing with Chris is like that,” she says.

And audiences apparently aren’t immune to Cupid’s arrows. “We have a fan in Houston who pulled his friend who was a single guy at the time out to a show,” relates Dawn. “A year or so later, we got a letter from this guy, telling us that we’d opened his mind to potentially believing in love again. And then he added, ‘So I’ve found somebody and I’m bringing her to your show tonight!’”