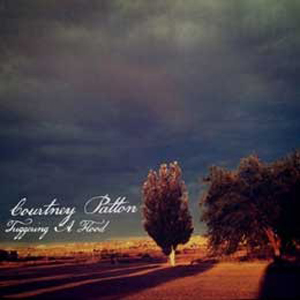 Triggering a Flood is Courtney Patton’s second album, but it’s such a leap in confidence over 2008’s modest and little-heard Still Around that you can’t blame Patton for pushing this one like her true debut. Indeed, there’s a palpable, this-is-my-moment-and-I’m-gonna-make-it-count sense of determined urgency on display right from the very start. Patton comes out swinging with “Twisted,” a full-throated roar of a break-up anthem packing a wallop of a hook and the first of many knockout vocal performances on the album. Patton’s voice is a country powerhouse, supple enough to wrap around a sad-eyed ballad like “The Fool” (a song that her friends the Trishas premiered last year on their full-length debut, High, Wide and Handsome) and commanding enough to keep a firm grip on the reins through more assertive fare like “Better Man” and “It’s Not Easy.” Even when the album’s momentum hits a bit of a snag under the weight of a few too many slower songs, Patton always sounds fantastic (likewise, her lyrics hold up even when the melodies sometimes don’t.) Meanwhile, the production, helmed by John Ross Silva, is uniformly excellent, with stellar studio support by David Abeyta of Reckless Kelly, Scott Davis, Lloyd Maines, Adam Odor, Kevin Szmanski, Sweeney Tidball, and three out of the four Trishas (Jamie Wilson, Liz Foster, and Kelley Mickwee). But Triggering a Flood is unmistakably Patton’s showcase, and one that heralds the true arrival of a talent long overdue for a breakout. — RICHARD SKANSE