Colin Gilmore: “The Wild and Hollow” 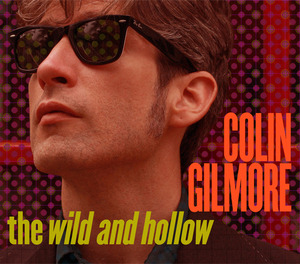 Colin Gilmore may come from Flatlander stock, but the dominant Lubbock gene in his musical DNA doesn’t come from daddy Jimmie Dale. Sure, there are more than a few chips off the old folksy-country block embedded in Colin’s songs, and now and again even a hint of his father’s distinctive nasal pitch and Zen-poet lyricism. But the quality that shines brightest in the younger Gilmore’s music is his uncanny knack for effortlessly channeling the most indelibly exuberant pop melodies this side of Buddy Holly. And it’s not just that they’re catchy, either (though that’s a given): it’s the way the best of them soar and tug at the same time, conveying all the rush of a giddy heart freefalling into love. That’s certainly the measure of the aptly titled “Feel Like Falling,” the immediate standout on Gilmore’s third album, but you feel it in “Only Real to Me” and plenty of other songs here, too. Even the more meditative tracks (like “Wake Me in the Night”) are touched with an air of stirring beauty. The credits on the album list a small army of different players, including notables like Amanda Shires, Will Sexton, and Tony Scalzo and Joey Shuffield of Fastball fame, but make no mistake: Colin Gilmore and his otherworldly melodies alone are reason enough to rave on (and on) about The Wild and Hollow. — RICHARD SKANSE

Next post Brennen Leigh & Noel McKay: "Before the World Was Made"