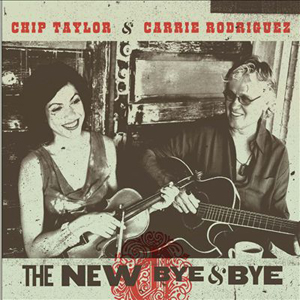 They sound so right together, it’s hard to believe Chip Taylor and Carrie Rodriguez haven’t been singing together for half their lives — even though her life is only half as long as his. It’s also hard to believe Rodriguez never considered singing before Taylor coaxed her into it. As this best-of collection, augmented by four new tracks, reconfirms, her fiddling is brilliant, but her voice is even more beguiling.

“On an Island,” one of the new tracks, drips with whispered sensuality, accenting Taylor’s Kristofferson-like cragginess and the understated, almost laconic delivery that’s become a trademark of sorts for Rodriguez (along with her elongated drawl). “Don’t Speak in English” and “Big Moon Shinin’” are strong examples of their synchronicity. The musical accents on each are so perfectly placed, you can’t imagine any other arrangement — the ultimate compliment, production-wise. (They shared production credit on two of the source albums, The Trouble with Humans and Red Dog Tracks.) And “Laredo” illustrates the fun they had making music together. If they were a couple, they could be the king and queen of Americana. We’ll settle for the reality that they gave us some really fine tunes — including live versions of Taylor’s biggest compositions, “Wild Thing” and “Angel of the Morning,” done here with Buddy Miller, Bill Frisell and Greg Leisz. When Taylor rips open on “Angel” and Miller takes the guitar lead on “Wild Thing,” followed by Rodriguez’s Texas fiddle solo, you can almost hear Jim Lauderdale pronouncing, as he does every year during the annual AMA awards show, “Now that’s Americana!” — LYNNE MARGOLIS