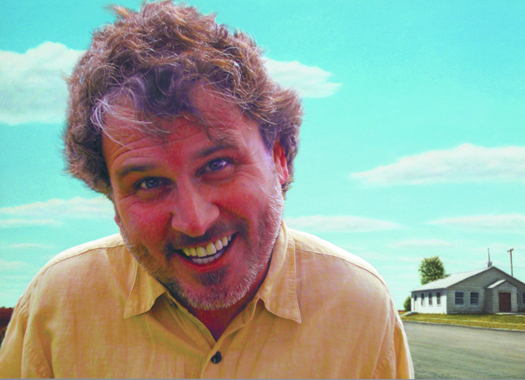 If you’ve ever heard the music of Lubbock singer-songwriter Cary Swinney, chances are you didn’t hear it on the radio — or at least, you surely haven’t heard very much of it on mainstream airwaves. Every now and then, Lubbock-native Chris Mosser of Austin’s commercial country KVET-FM manages to sneak one particular Swinney song (“Hair in the Windshield”) on his own progressive-leaning show, The Roadhouse. But digging any deeper into the Swinney catalog probably wouldn’t go over very well with station management.

“Swinney is a danger to his own music career, and I mean that in the most positive, complimentary way,” Mosser explains. “Cary Swinney’s songs are guaranteed to piss off almost everyone at least once, and that is why his fans love him.” 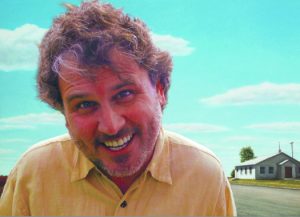 Swinney has produced three albums to date: Human Masquerade (1997), Martha (2000), and Big Shots (2005). He’s released them all on his own label, Johnson Grass Records, named after one of his most popular songs, “Johnson Grass Farm” (from Martha). Give that particular song a listen, and you’ll understand real quick why most program directors would steer clear (the FCC would be calling after the first 10 seconds); but elsewhere on the same album, you’ll hear songs like the haunting “Seventh of September” and the poignant “Martha, Our Son’s Insane” that just as aptly demonstrate why those in the know regard Swinney as one of Texas’ best songwriters.

“To anyone who pays attention to musicians from Lubbock,” says Mosser, “Cary Swinney is like Bob Dylan.”

Unlike Dylan, though, Swinney doesn’t tour much, and seems to perform only when the mood suits him. “Cary will blow off offers for gigs — big showcases — that most of us would fall all over ourselves to get,” marvels fellow songwriter Susan Gibson, who has been friends with Swinney since her days with the Amarillo folk-rock band the Groobees. Among those declined gigs have been opening slots for some of the hottest names on the Texas music scene.

“Nothing against the other performers,” Swinney offers, “but I would rather put a fucking shotgun in my mouth and pull the trigger than perform for those kinds of audiences.”

He seems to have found a soft spot for the Sunday afternoon slot at Gruene Hall, though, having returned many a time for trio performances with guitarist Michael O’Connor and fiddle legend Richard Bowden. According to Swinney, the owners have told him he is the only act to regularly receive complaints at the historic dance hall — but they always invite him back just the same.

O’Connor, who plays frequently with Gibson, Slaid Cleaves, Adam Carroll and others, says that Swinney gigs are his favorite to perform. The Swinney Trio, he says, has never practiced a song, rehearsed an intro or bridge, or even discussed a set list, and yet, in his estimation, they have never played anything less than a great show. Swinney lets them do their own thing and you never know what will happen. “The lyrics stand alone as great poems, and Richard and I just frame the words with music,” O’Connor says. “It is like a magic trick Cary pulls off. Of course, having Richard Bowden in the mix helps with that Lubbock magic.” (Bowden is known for his work with, among others, the Maines Brothers, Terry Allen’s Panhandle Mystery Band, the Austin Lounge Lizards, and Will T. Massey.)

“Swinney’s songs all have the ring of truth to them,” O’Connor says, “Whether you agree or not, Swinney makes you think. Some people do not like to think, and those people probably will not like Swinney.

“Swinney gets away with stuff I would get arrested for saying,” O’Connor continues. “He’ll make a joke about the president or Jesus or marijuana, followed by a smile and laugh, and little old ladies laugh along like he is the crazy cousin who says what everyone else is thinking but don’t have the balls the say.”

Gibson says that the first time she saw Swinney perform, she thought he was going for shock-value with his lyrics. But she soon decided that was a false perception. “I learned that an audience’s response tells more about them than about Cary,” she says. “Cary is only asking questions.”

Indeed. Though often hilarious, infuriating to some and always provocative, Swinney has no hidden agenda and seldom claims to have the answers. One of his songs asks, “Are you a desperate searcher who is searching just like me?”

It’s been six years now since his last album, Big Shots, but Swinney fans can rest assured that there will be more still to come. There’s just no telling when. Alan Crossland, the owner of Route One-Acuff Studio, just outside of Lubbock, has recorded at least the vocals and Swinney’s rough guitar tracks for almost every song Swinney has written, just to get them on the record. “If Swinney died tomorrow, we still could put out at least three more albums of Cary Swinney music,” Crossland says. For now, though, it’s just a matter of waiting on Swinney’s whim.

“You cannot predict him and you cannot push him,” Crossland says. “When the mood hits, Swinney will show up and we’ll start putting together another record.”

“Cary does not care about the recognition and the fame or even the money,” says Gibson. “His songs and performances come from a place that is so personal. Because he does not have that desperation to succeed that many of us do, I believe Cary writes from a higher perspective than most of us who try so hard to impress. I really admire and respect him as what I consider to be a pure artist.”