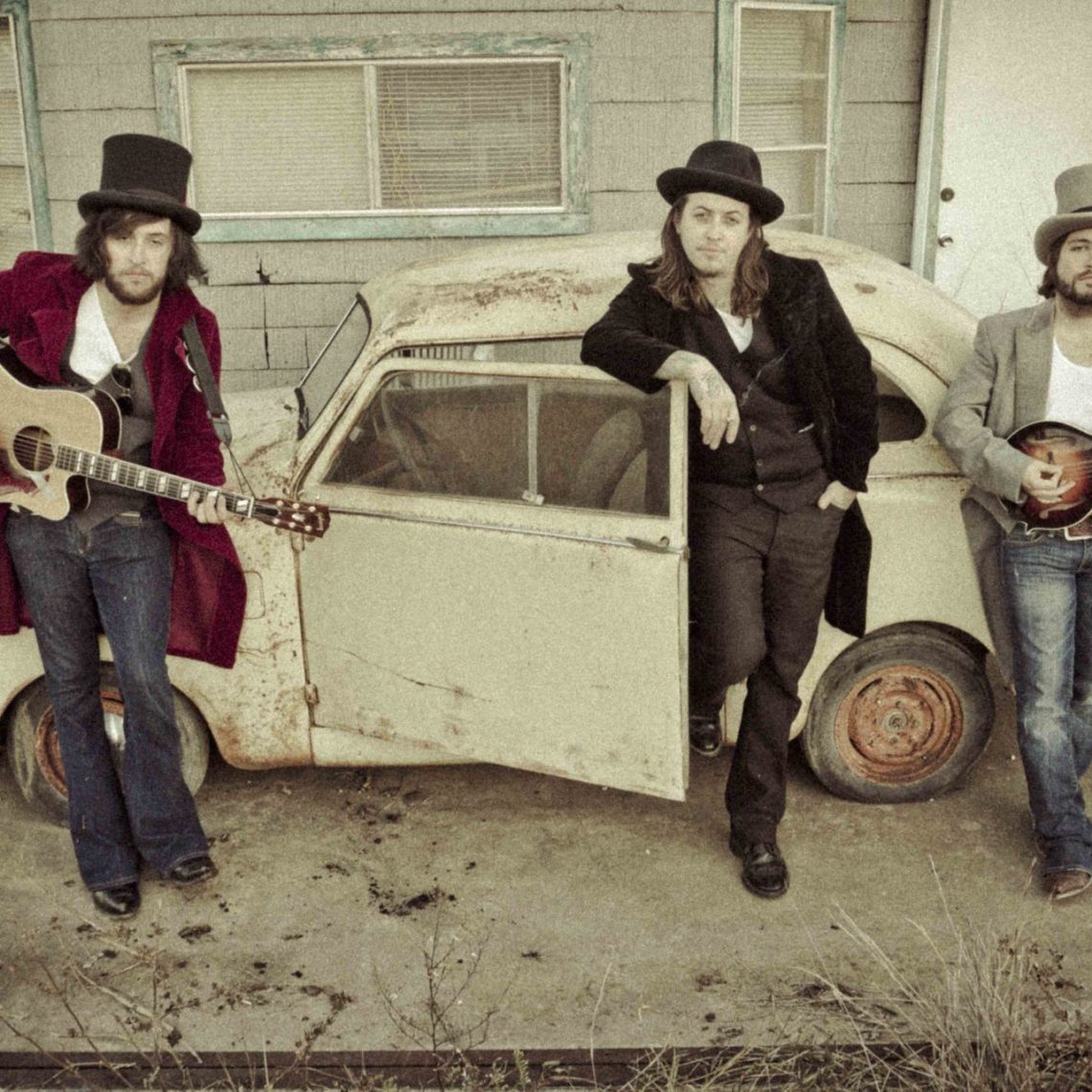 What’s in a name?

When you’re El Paso’s Dirty River Boys, it’s all about evoking a sense of place and time.

“We were looking for a name that fit the sound as well as represented where we’re from,” says Nino Cooper, the band’s reedy-voiced singer, guitarist and mandolinist. “Not that the Rio Grande is dirty, we just thought it sounded cool and it fit us.” 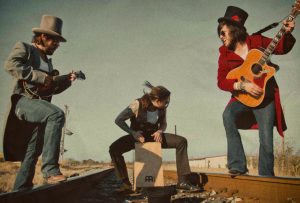 The quartet has been swimming upstream into the fertile Texas/Red Dirt music scene for a year now, and it’s really starting to make a splash. The Dirty River Boys’ live shows combine punk energy with an electrifying blend of acoustic folk, country, rock and blues that they call “outlaw folk.” It sounds more like a head-on collision between dusty acoustic alt-country and a tent show revival.

Whatever it is, it has been winning over fans across the state since last summer. Count Cory Morrow among the converts. He first heard them in Austin last year. “This is pretty awesome stuff,” he enthuses. “We hung out for a little while and they’ve just got it going on.”

Morrow and DRB now share both manager Patrick Dean of Encore Artist Transportation and Red 11, a booking agency with offices in Austin and Nashville. Morrow’s tapped the Boys to open a few shows for him, and plans to do an acoustic tour with them in late August in which they’ll play a set, then back him on acoustic instruments. He says they’ve been jamming in hotel rooms for the past several months.

“I feel real lucky to sit down with guys like that, that enjoy what they do and are really good at it and give me the chance to expand my music and give it a different flavor and sound,” he says.

It’s that different sound that’s setting them apart from the rest of the Texas music circuit these days. DRB grew out of two bands in El Paso, a place not known for being friendly to original music, especially music like theirs. Cooper and drummer Travis Stearns played in a band called Highway 28. Singer-guitarist Marco Gutierrez fronted the Western Outlaws.

Cooper says it was “out of necessity” that they turned to acoustic instruments — with Stearns pounding on a box-like percussion instrument known as a cajon — because they usually played on small stages where drums and amps weren’t welcome.

“We really wanted to do this music thing to make a living, but a lot of the bars in El Paso don’t want a full drum set,” Gutierrez says, “so everywhere that we would play we broke it down and used cajon and incorporated as many harmonies to build the sound up on the original songs we were writing and the colors we were doing. It happened kind of by accident, but once we found it, we were so comfortable with it that we didn’t want to go back to electric. We liked the way it sounded and we kept exploring it.”

Principal writers Cooper, who’d played in rock bands, and Gutierrez, who came from punk, were influenced by everyone from Anti-Flag to Bob Dylan and Ryan Adams. It all came together in their O Brother, Where Art Thou?-meets-Rank and File sound.

The Dirty River Boys gigged around El Paso as much as they could, playing about 300 shows in less than a year. It was a May 2010 gig at Aceitunas, a popular bar with a good-sized patio on the city’s West side, that proved fateful. Morrow, fresh from a free show at the State Line restaurant in nearby Sunland Park, N.M., and his manager, El Paso native Dean, stumbled onto the band. “I heard a unique sounding band in the background and went to see what I heard,” says Dean, who signed DRB soon after.

“I was looking for something vastly different to work with out of the Texas/Red Dirt scene,” Dean says. “They had a unique stage presence, different sound, and wanted to work.”

And they have. Dean arranged for them to play a showcase in Austin, which led to their signing with Red 11, which handles a bevy of Texas music acts, including Jason Boland, Kyle Park and Morrow. The band started gigging all over the state, including Gruene Hall, mostly playing opening slots, becoming what may be the first El Paso act to crack the well-oiled Texas circuit. But they’ve already set their sights on bigger prey. The band wants to tour the country, with tours of the Midwest, Southeast and West Coast in the works, and hopes to hit Europe by next year.

“We don’t consider ourselves Texas country,” Cooper admits. “We’re trying to keep an arm’s length distance from that. We’re going through this outlaw folk thing, as we termed it, and I think we would like to start touring a little bit more nationally … and get a little bit out of this Texas circuit thing.”

They certainly went outside to cut their first CD, the six-song Long Cold Fall, last year. It was recorded pretty much live in the studio at Revolver Recordings in Thousand Oaks, Calif., with producers Mikal Blue and Peter DiStefano. “We sound so different,” percussionist Stearns says, “these L.A. producers didn’t know what to do with us.”

The band, which added Seguin’s Colton James on standup bass last April, hopes to have a second EP out by late summer, just in time for the Morrow acoustic tour. A full album is in the works for early next year. Cooper says the acoustic format has helped them tap a creative vein, and they’ve writing constantly, amassing more than two dozen songs in about 18 months. “We’re writing all the time,” he says.

Dean plans to keep them busy on the road, continuing to build up their core fanbase both in Texas and beyond. Meanwhile, he’ll work with labels “to find the best partnership for the upcoming album.” He says the Dirty River Boys have momentum — and determination — on their side. “Talking with the booking agent (recently), we were both commenting on how quick their numbers rise,” Dean says. “They seem to grow weekly. They will finish their first year with numbers that took other bands four years to accomplish, if they did (them) at all.”

Cooper says they’ve just put their heads down and run. “We’re just trying to hit it as hard as we can. We play our hearts out every time, whether there are four people in the place or it’s packed,” he says. “I think we kind of give it our all. We have all the time, in the live show and from the writing perspective.”

Morrow says the Dirty River Boys play from the heart, with a “visceral, earthy” sound that’s definitely not like everybody else on the scene.

Previous post Turnpike Troubadours: On a roll and bound for glory