Benmont Tench gets “Lucky” After decades with Tom Petty, the Heartbreaker finally steps out with an album of his own. 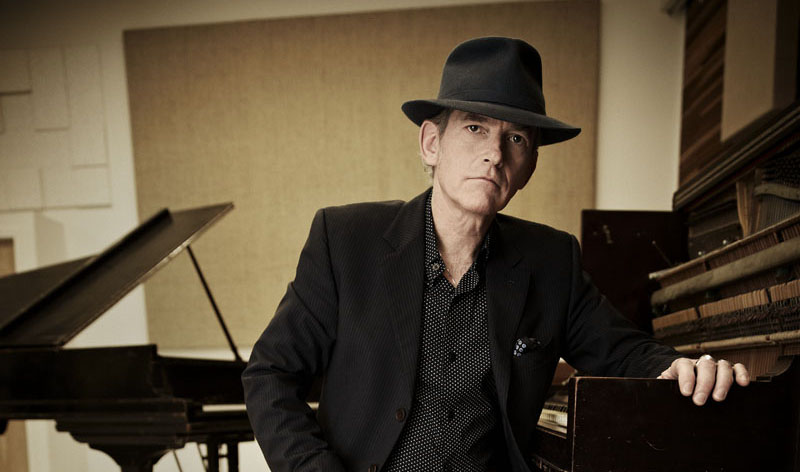 You would think, after spending nearly 40 years as an integral member of Tom Petty & the Heartbreakers and contributing to albums by countless rock ’n’ roll royals, keyboardist Benmont Tench might have recorded at least one under his own name.

But Tench is one of those quintessential sidemen who know their job is to serve the music, not their egos. So when he says, “I don’t think I saw any need,” it makes total sense. And raises the obvious question: Why now? Why, in his 60th year, did he decide to finally make his solo recording debut with You Should Be So Lucky? 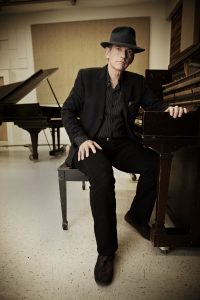 Well, it turns out he was sorta kinda gonna do one with Howie Epstein, the late Heartbreakers bassist. When the pair hung out at Tench’s Los Angeles home, Epstein would prod Tench to play his originals, which he’s been writing since he was a kid, and they’d occasionally hit “record.” They would have gotten around to an album one day, Tench figures. But after Epstein’s death in 2003, no one else suggested it. Until renowned producer Glyn Johns, another encouraging friend, finally did.

Though one standout track, “Wobbles,” is an instrumental (to which he’s since written lyrics), the album is a satisfying testament to Tench’s abilities as a singer-songwriter in his own right. But it’s also testament to the strength of his friendships — many of them the result of his status as the go-to sideman for everybody from Aretha and the Avetts to Dawes and Delbert. When Tench’s name appears in an album’s credits — the tally is well beyond 1,000 — it’s almost always worth a listen. Those returning the favor on his include boss Petty and pals Ringo Starr, Don Was, Ryan Adams, Gillian Welch, David Rawlings, and Ethan Johns, son of Glyn. The 12 tracks, recorded old-school to tape, lean toward comfortable Americana with a rootsy soul/R&B feel. Tench wrote all but two; coincidentally, both covers relate to Bob Dylan: “Corrina, Corrina,” a traditional with an arrangement credited to him, and the more recent “Duquesne Whistle,” which Dylan wrote with Robert Hunter.

“’Corrina,’ we used to sit around and play that at my house, with Gillian, Dave, whoever else was around,” Tench says. Apparently, his L.A. home is a popular gathering place for a talented gang that also hangs out at his “home away from home,” the club Largo.

“Sean and Sara Watkins, if they’re around. Gabe Witcher from the Punch Brothers, who lives out here again. And my friend Nicky Corbett, who’s a local songwriter, and then whoever’s free that night,” says Tench. “It’s just a bunch of friends. And I’m blessed with friends who can pick, and sing. And good lord, can they sing.

“I looked around the room once and it was Mike Campbell, Dave and Gillian, Sean and Sara, Harper and Paul Simon … and probably Sebastian Steinberg and Greg Leisz. I turned to Sean and said, ‘What the hell is going on?’”

Guitarist Campbell, of course, is his fellow Heartbreaker. Harper is Simon’s musician son. Steinberg played bass in Soul Coughing. Leisz is one of the world’s most renowned steel guitar players. The Watkins siblings, of Nickel Creek fame, host the Watkins Family Hour at Largo. Nice company, but Tench, a Rock and Roll Hall of Famer, should hardly be surprised that he orbits among them. Some of his earliest session gigs, after all, were for Stevie Nicks and Dylan.

But that “I’m just along for the ride” mentality is another sideman trait, even among those who, like Tench and Petty, began riding together as teens. Petty talked Tench into dropping out of Tulane University to join Mudcrutch, his pre-Heartbreakers band.

Chatting from his home before the album’s mid-February release, Tench makes a startling admission about his then-upcoming shows at Largo. “It’s gonna be funny, because I’ve never fronted anything,” he says. “It’s never been me for an hour.”
The idea that someone who’s played the biggest venues in the world could be nervous about a small-club gig somehow makes Tench’s insecure streak even more endearing.

But he knows that the house will be packed with friends.

“Everybody at Largo is on your side,” Tench says. “A large thing that Largo is about is, ‘I don’t really know if I can do this, so I’m going to do it.’ … [at] the Watkins Family Hour, stuff’s gonna get played that’s never been played before. It’s a magic spot. It’s a very, very creative place. My friends there are just marvelous and encouraging and soulful and great.”

It seems puzzling that a guy with Tench’s career credits still needs so much encouragement, but when he’s asked why even some of the greatest piano-playing singer-songwriters, from Randy Newman to Rufus Wainwright, use him on their albums, he confesses, “Beats the livin’ hell out of me!

“It beats the hell out of me why anyone brings me in on anything,” he adds, laughing. “I mean, really. I think that I get brought in on stuff because there’s a snowball effect. They heard me play on stuff of Tom’s and they liked it, but they don’t realize they liked it because Tom’s songs are so damned good.