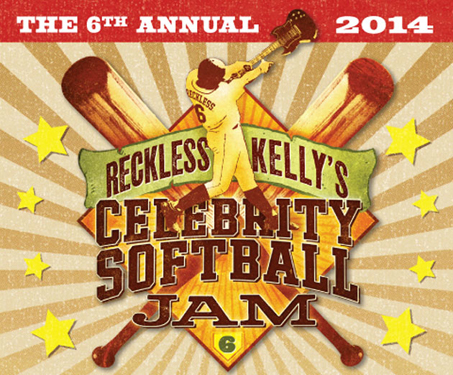 Just as fans of America’s Favorite Pastime (after watching football on the couch, of course) will tell you that it just wouldn’t be spring without the start of baseball season, Texas music fans know it just wouldn’t be spring in Austin without the annual gathering of some of the scene’s biggest names for the Reckless Kelly Celebrity Softball Jam at the Dell Diamond in Round Rock. This year’s event is set for May 11, and the initial talent roster (for both the game and the post-game concert festivities) is already stacked with heavy hitters: Reckless Kelly, Turnpike Troubadours, Charlie Robison, Wade Bowen, the Departed, Micky and the Motorcars, Roger Creager, and Uncle Lucius. More participants are still being recruited and will be announced soon. General admission tickets ($20) are already on sale, with proceeds going to renovations underway at East Austin’s Mabson Field baseball facility for kids. To date, the annual event has raised more than $150,000 for youth baseball programs in the Austin area. For more information (and tickets), visit www.RKCSJ.org.