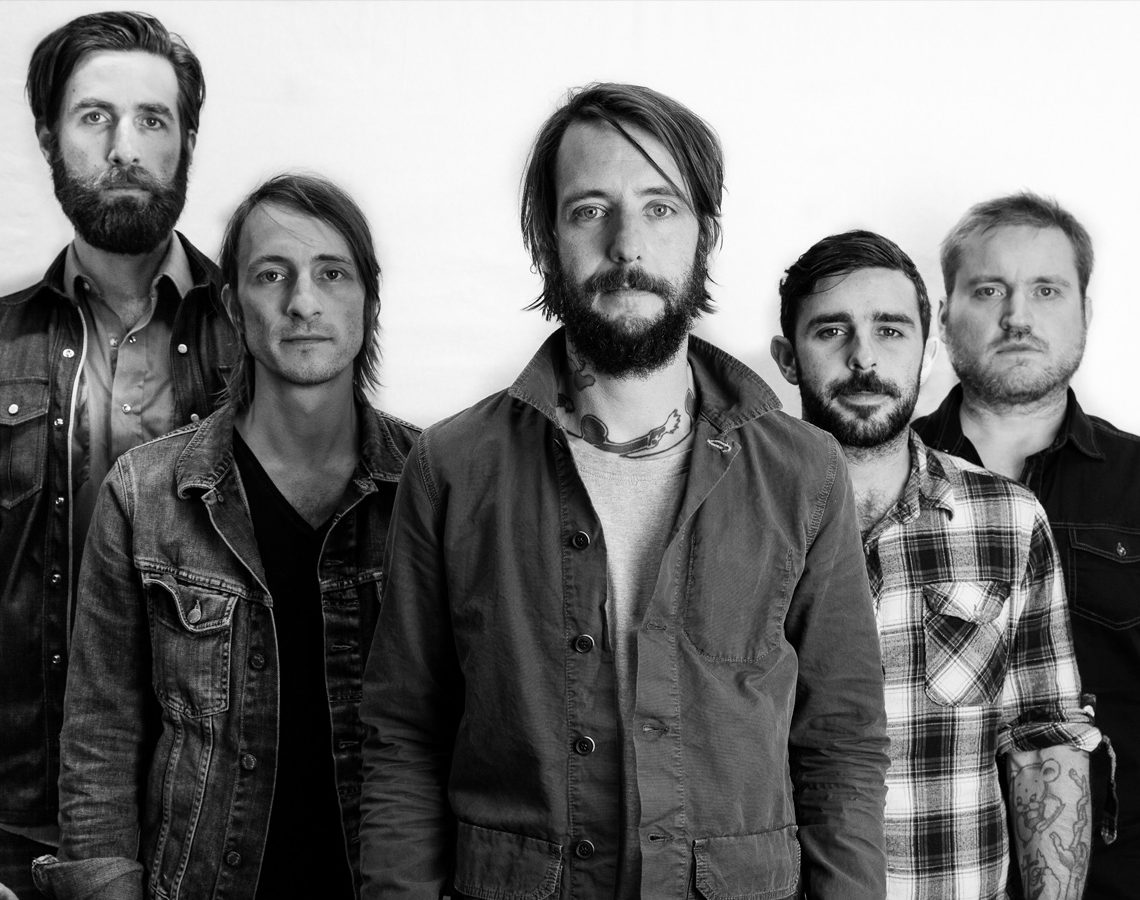 After parting ways with Columbia Records in 2013, Band of Horses, whose last alternative chart hit was “Laredo” in 2010, decided to make their next album on their own dime. They hired an untested producer, Jason Lytle, whose only credits were his own band Granddaddy. And they holed up in Woodstock, New York in February 2014 to hammer home Why Are You OK, the band’s fifth studio LP, before shopping it to a label.

Lytle laid down tracks just after sunrise, but this was outside in the snow, not in the studio. He would get up before the quintet each morning and track out that day’s cross-country skiing route. Since bandleader Ben Bridwell grew up in Charleston, South Carolina, picked up musicians during his time in Tucson, Arizona and then broke the band in Seattle in 2004, he was new to skiing.

“Being outside in the cold, fresh air was a good way to get the juices flowing each day,” insisted Bridwell, whose angelic holler defines the band’s ethereal country rock sound. During the making of the band’s previous albums Everything All the Time (Sub Pop 2006), Cease To Begin (SubPop 2007), Infinite Arms (Columbia 2010) and Mirage Rock (Columbia 2012), there was coffee between the bed and the studio, not a couple hours of skiing through the woods and fields. 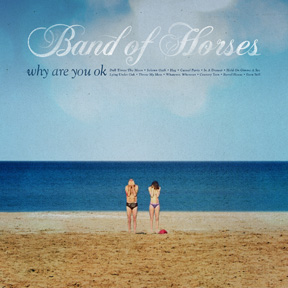 But according to Bridwell, the biggest difference with this album, which comes out June 10 on Interscope, was the songwriting process. “In the past, I’d always run away to some remote location to write,” he said. “But it wasn’t working any more. I didn’t alike being alone too much.” So he wrote most of the new album in his converted garage studio, with his young family close at hand.

“Living and working in a house full of females brings a balance to my life,” said the father of four daughters, aged 1 to 8.

Completed by bassist Bill Reynolds, guitarist Tyler Ramsey, keyboardist Ryan Monroe, and drummer Creighton Barrett, Band of Horses haven’t released a studio album since the Gyln Johns-produced Mirage Rock, which didn’t do as well as its predecessors. So to reintroduce the band to the media, Bridwell came to Austin in March during South by Southwest for a round of interviews. Our planned interview at Doc’s on South Congress was moved across the street to Snack Bar when a band (featuring Sean Lennon) started playing on an outside stage. Every time the Snack Bar waitress came by, Bridwell apologized for taking up a table on a busy day with just a coffee cup on the four-top. He’s a sincerely nice guy. The waitress said no problem.

The Horses were about 80% finished with Why Are You OK, which takes its name from an auto-corrected text randomly tapped out by Bridwell’s 3-year-old daughter, when they signed to Interscope, whose Rick Rubin was a key adviser on the band’s career-making 2010 LP Infinite Arms. “Rick has saved us twice now,” Bridwell said, admitting his material was “all over the place” before Rubin’s big ears got involved.

During the four-year break between LPs, the other band members had started families, too, so in the past couple years they’ve spent more time at changing stations than backstage. But these Horses are built for the road, where such numbers as “The Funeral” from 2006 and 2007’s “No One’s Gonna Love You” fill the festival fields with beautiful air. They were on the road so much from 2006- 2012 that it didn’t make sense to pay Seattle rents, so Bridwell moved the group back to his native South Carolina.

With a terrifically diverse new LP, they’re back playing festivals this summer, including Austin City Limits Music Festival at Zilker Park the last weekend of September and the first weekend of October. By then, Band of Horses could well be on a career upswing. Perhaps the driving new single “Casual Party” (which they performed in May on The Late Show with Stephen Colbert, video below) will give the band a new crowd favorite. Or they could be a band that drives everyone to another stage after they play “The Funeral.”

Though Why Are You OK lacks a “Laredo,” it’s consistently better than Mirage Rock, and more grounded than earlier records. Bridwell said the balance of family has added depth to the band’s trademark sound of angelic vocals and soaring harmonies over a range of rhythms. The leadoff track, “Dull Times/The Mood,” plays a glowing/fiery dynamic against each other, a la “Funeral,” but the lyrics are more personal.

“I’m not holding back (emotionally) on this album,” says Bridwell. “I used to throw some clever lyrics in there to kinda cover my feelings, but I decided to be less of a coward this time.”