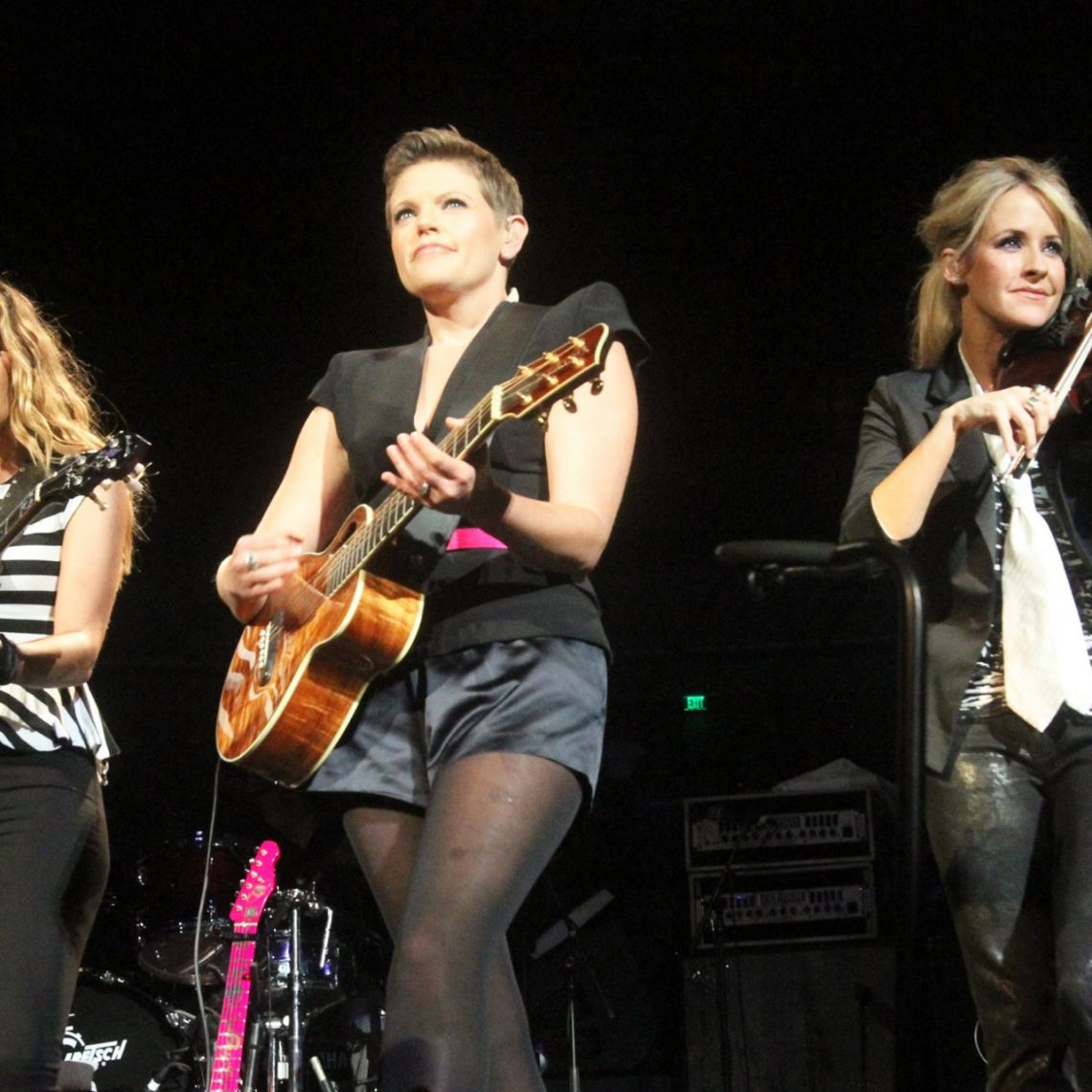 The Dixie Chicks at "Fire Relief: The Concert for Central Texas" (Photo by Roy Mata)

Musicians turn out to support their own and others

Singer-songwriter Jessica Shepherd says the only time she cries is when she hears Bob Cheevers’ song, “No More Houses on Cardinal Lane.” He wrote it after learning she and her mother were among the Bastrop residents made homeless by the September wildfires that took so much away from so many.

Like all the fire victims, Shepherd is struggling to put her life back together. But the Austin music community is doing what it can to help. As smoke choked the late summer sky and word spread about the wildfires consuming homes in Bastrop, Steiner Ranch and Spicewood, Central Texas musicians did what they always do: mobilize for the cause.

Benefits staged by — and sometimes for — musicians began just after the fires started scorching some 1,700 homes on Labor Day. The list grew almost daily, and included everything from tip-jar donations to the $725,000 raised on Oct. 17 via “Fire Relief: The Concert for Central Texas,” at the University of Texas’ Frank Erwin Center. 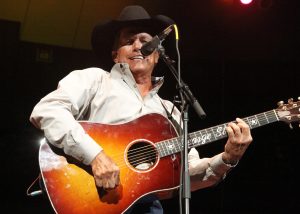 That benefit, headlined by George Strait, featured the Dixie Chicks’ first appearance together in Austin in more than five years. Of course, Willie Nelson and Ray Benson’s Asleep at the Wheel were involved; other performers included Lyle Lovett, the Texas Tornados, Eric Johnson, the Randy Rogers Band, Terri Hendrix, Christopher Cross, Joe Satriani and surprise guests Shawn Colvin and the Avett Brothers (Steve Miller and Joe Walsh had to back out). Texas Monthly senior editor Michael Hall, who helped organize Nelson’s 2005 tsunami relief benefit, said he emailed Willie when he heard about the fires. Nelson had already talked to Benson, who had been contacted by Johnson. Benson roped in UT via his golf buddies. 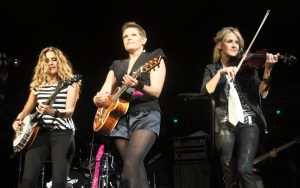 The Dixie Chicks at “Fire Relief: The Concert for Central Texas” (Photo by Roy Mata)

“I was thinking, ‘Oh, let’s do it at the Music Hall’ or some kind of small place like that,” Hall confessed. “Ray said, ‘Forget about that, let’s get the Erwin Center.’ And then Ray asked Lloyd (Maines) if he thought his daughter might want to get the Dixie Chicks together to do something.” 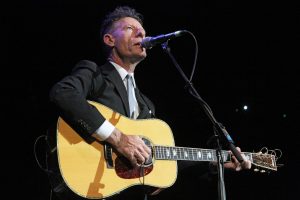 Benson also contacted concert promoter Louis Messina, who founded Pace Concerts in Houston and now lives in Austin. Messina greed to handle the nuts and bolts of presenting the show. “Louis is George Strait’s manager, so as soon as we had George, we knew we had a sellout,” Hall said. The 16,300 who attended included 1,000 fire victims who got free tickets at Nelson’s request. Dell sponsored 100 ticket purchases for Spicewood and Pedernales firefighters.

“Everybody here knows somebody who lives there, so there was a real palpable sense that it could have been us,” Hall said. “It really is our community.

“I honestly think that Willie had something to do with it,” he added. “When Wilie gets attached to something, he’s like this spiritual leader. There’s something about Willie and the Austin community; it takes care of its own in a way that I think is unique. I’ve never seen anything like it anywhere else.” 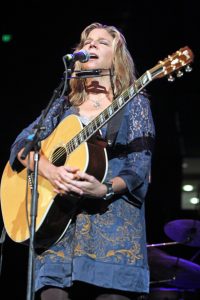 In a Facebook post Cory Morrow made to notify fans he planned to donate proceeds from three shows to the Austin Disaster Relief Fund, he affirmed, “This is Texas, damn it, and we take care of each other!” Morrow also sold $5 bracelets on his website and at the shows. Reckless Kelly turned its album release party at Antone’s into a fundraiser. Additionally, Will Taylor & Strings Attached raised $10,300 for the Central Texas Red Cross Disaster Relief Fund at a Nutty Brown Café show, Terri Hendrix sold an MP3 online to raise money for groceries and supplies, and the indie-rock band Centro-Matic donated sales from it’s catalog, including the new Candidate Waltz.

One of the first benefits, at South Austin’s Red Shed, helped out artists like Shepherd, who lost not only instruments but her computer, which contained all her business and fan contacts. Gretchen Barber of Romeo’s restaurant organized another benefit on Oct. 22 for Shepherd and her mother, who barely escaped with a couple of Shepherd’s guitars and their cats. Their home was paid off, but uninsured.

“I’m a full-time musician,” Shepherd explained from her temporary home at the Downtown Austin Extended Stay hotel. “That was a place for me to keep all my stuff and still do what I do, which is stay here, there and everywhere.

“I’ve had a lot of beautiful help for the community. I’m so grateful,” she said. The Hill Country Bible Church donated a keyboard and flute; she still hopes to replace a mandolin, clarinet, Fender bass and a didgeridoo. But trying to replace everything from deeds and birth certificates to her stage wardrobe is challenging. And she’ll never get back the lost masters from her previous albums. She may be able get help for her in-the-works next CD from organizations like the Disastronauts Foundation, a group of music-community members seeking to help fellow music-makers get back on their feet. The Austin Community Foundation also will channel funds raised from the Erwin Center benefit to organizations helping fire victims.

From the Erwin Center stage, Haybale lead singer, Sirius/XM radio host and fire victim Dallas Wayne pronounced, “It’s a tough bunch of people we got out there in Bastrop County and we will be back, I guarantee that.”

And actor/filmmaker/philanthropist Turk Pipkin, who co-emceed the concert with Friday Night Lights star Kyle Chander, declared to the cheering audience, “I’ve always wanted to live in a world where the thing people cared about most was each other.”

Despite her losses, Shepherd is grateful for that. “I’ve felt so cradled,” she said. “If this hadn’t happened to me, I wouldn’t have known the community cared so deeply for everyone.”

Next post Americana community awards its biggest stars in Nashville