In Profile: Amanda Shires Carrying lightning, dancing in the dark 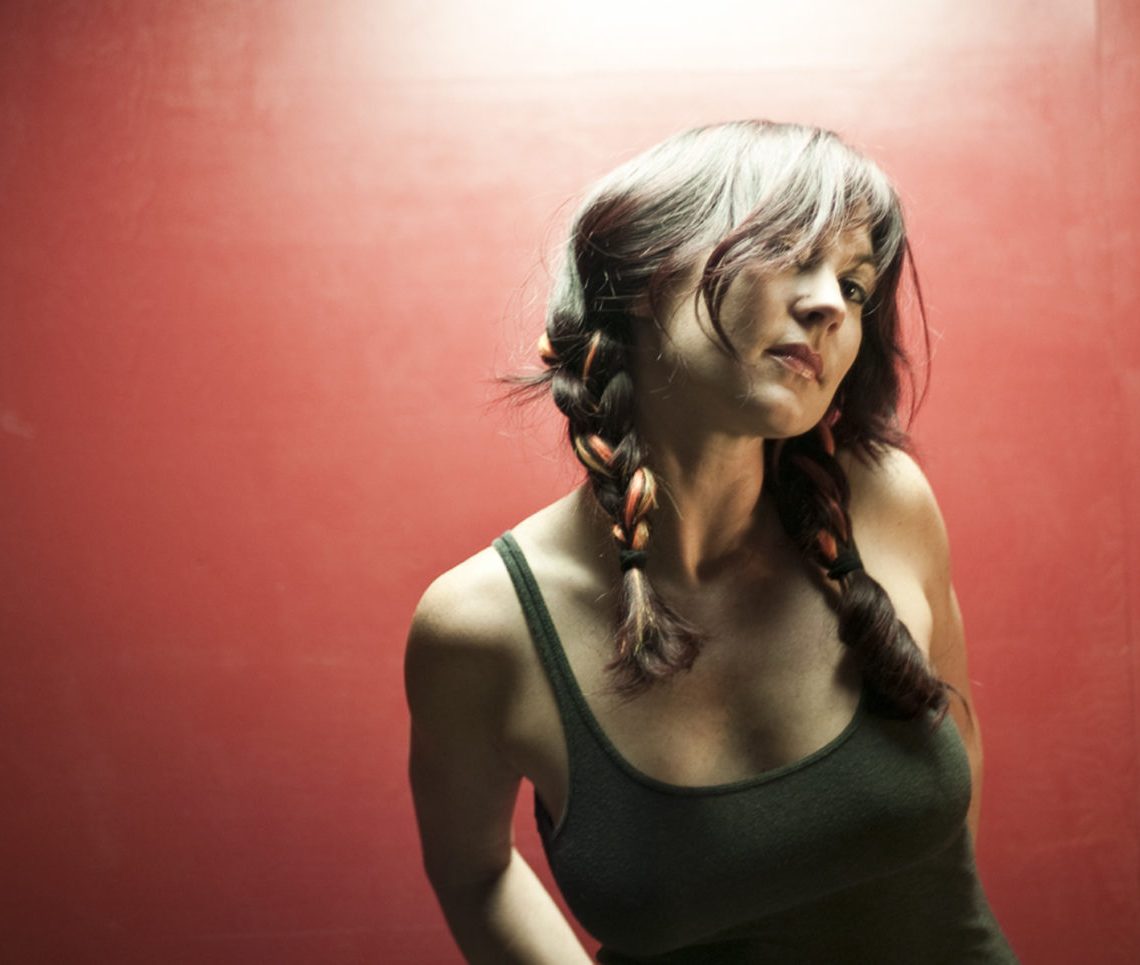 Standing 5-foot-3-inches in her custom handmade cowboy boots, braided pigtails, and feathered headband, Amanda Shires is proof that big things can come in small packages. One of her new songs, “Ghost Bird,” evokes an image which could describe Shires herself: “All feathers and a heartbeat.” But her slight frame houses big talent.

The sound of Shires’ voice and her musical virtuosity beg comparisons to Dolly Parton and Alison Krauss. Many describe Shires’ voice as vulnerable, almost childlike in its trembling tone, but it’s more like a child who has lived a hundred lives singing violently tender lyrics about adult themes such as murder, suicide, adultery, lies, and lust. Keeping it real is rule one from the Lubbock Musicians’ Handbook. 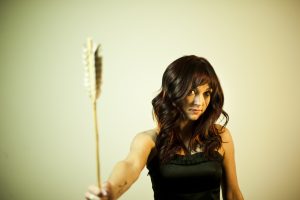 Shires is currently one of the Hub City’s hottest musical exports. Her third solo album, this May’s Carrying Lightning, has been garnering rave reviews since early spring. She is also prominently featured on Light Fighter, the 2010 release by the Lubbock band Thrift Store Cowboys, which she’s been a member of for years. Shires wrote and sings lead on two songs on the TSC album, “Scary Weeds” and “Lean Into the Sway.” She also recently made her Hollywood film debut, appearing in the Gwyneth Paltrow vehicle Country Strong as the fiddle player in fictional country star Paltrow’s band.

“The movie set was super fun,” says Shires. “I made friends with the other musicians, including (guitarist) Neal Casal who I continue to work with. Also, there was free food. I filled my case with Pop Tarts every night.”

Although she moved to Nashville in 2008, Shires’ true home of late has been the road. She tours almost constantly, from coast to coast in the U.S. to Canada and even Europe. Shires estimates she has traveled an average of 150 miles a day in the past two years. That same tireless work ethic was certainly on display at South by Southwest in Austin in March, during which she performed 14 shows in four days. In addition to her own showcases, Shires’ SXSW dance card included performances with the Thrift Store Cowboys as well as fiddle/backup vocal support for frequent road and studio collaborator Rod Picott (with whom she recorded a duo album, 2008’s Sew Your Heart with Wires) and former Drive-By Trucker Jason Isbell (she’s featured on his new album, Here We Rest).

Shires is no stranger to studio and sideperson gigs like that. In fact, the original reason she left Texas for Nashville was to hone her songwriting skills away from the easy trap of taking on too many fiddle-player gigs. She vowed to play no side-work until she recorded an album of original music. She waited tables to earn the money. The result was her critically acclaimed second solo album, 2009’s West Cross Timbers, which ended up spending several weeks on the Americana charts. Her songs on the album were a lot closer in spirit to the dusky, edgier style of songwriters like Richard Buckner (one of her favorite artists) than the traditional, Western fiddle fare found on her 2005 debut, the mostly instrumental Being Brave.

Shires picked up her first fiddle at age 10, and by her teens she was playing with such heavy hitters as the Texas Playboys, banjo ace Alan Munde, and Nashville producer Buzz Cason. But her years with the sonically progressive Thrift Store Cowboys have tempered some of the twang from her youth. She now credits Vassar Clements’ folk-rock recordings as being the style she most emulates, but she stills likes to cover George Jones. (And she’ll likely never grow out of her West Texas drawl.) In addition to fiddle, she also plays ukulele, and Carrying Lightning also showcases her impressive whistling chops.

But on both Carrying Lightning and West Cross Timbers, it’s Shires songwriting that really commands the most attention. When I tell her that the new album made my wife cry on her way to work, ruining her make-up, Shires can’t help but laugh happily. “Good!” she exclaims. “That is the goal, making human connections.”

On songs like the new album’s “Shake the Walls,” Shires is not afraid to write dark and sexy lyrics, such as, “I’d like to get a gun that can shoot down the sun / Let’s have a night that won’t go away.”

“That is just the way I feel sometimes,” Shires says. “And we all get angry, frustrated, lonely. Life is not all lollipops, sunshine, and kittens. We would not know happiness without feeling despair.”

Later this year, Shires plans to release a five-song EP featuring songs that did not make it on to Carrying Lightning. “This is more of an art project I did for the love of writing,” she says of the EP. “These songs are less digestible for the average audience. It is for fans of sparser material, even darker subjects.” The title says it all: The Whole World is Darker Than You Ever Could Imagine. 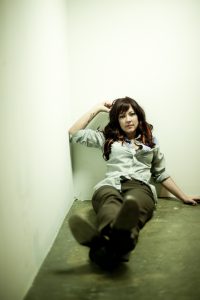 Despite her fondness for seriously dark lyrics, Shires radiates playful enthusiasm onstage and off. She can bring an audience to tears with her music and then crack silly jokes between songs, laughing at herself and flashing a disarming pixie smile. She also jumps rope at most pit stops along the road, and is obsessed with dinosaurs (going so far as to sell a limited run of custom “Amanda Shires Dinosaur Party” T-shirts). She sews her own clothes and also likes to make her own jewelry, specializing in bottlecap medallions.

But more than anything, Shires like to write. Be it lyrics, music, poetry, fiction, or blog posts, she writes every day — and there is a lot more writing ahead for her. She was recently admitted to the Masters Program in Creative Writing at the prestigious Sewanee School of Letters. “I think the program will give me more tools for my writing toolbox and improve my craft,” she says. “And what I like about the program is that classes are only two months a year for four years.”

That should prove reasonably manageable for the busy artist, leaving her 10 months “off” to work on her writing projects, record, tour and — as much as possible — visit her family and friends back in Texas. A native West Texan through and through (she split her youth between Mineral Wells, where she was born, and Lubbock, where she graduated from both Lubbock High School and Texas Tech), Shires says she is still happiest when back in the Lone Star State.