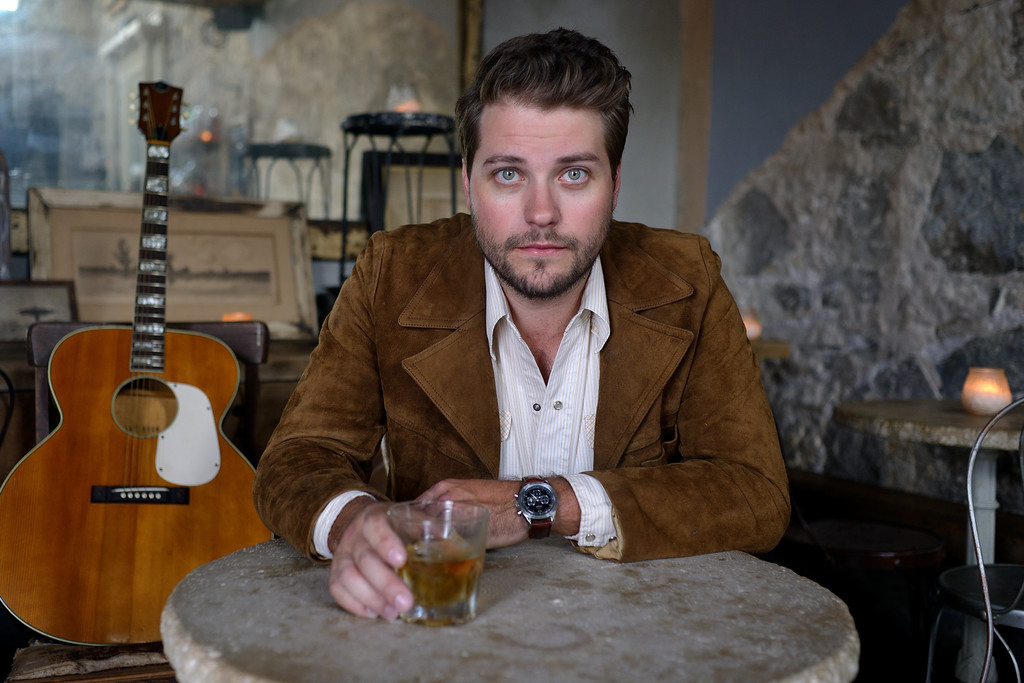 Me and Rob Baird, we’re neighbors.

Central Austin is desperately clinging to the fading traces of humble, quirky, hippified and “weird” Old Austin, gradually caving to the inexorable pressures of the city’s growth. Seems daily, a cute old late 1950’s cottage is demolished to make way for some swanky new glass-and-metal monstrosity that would be much more at home in tony Orange County or maybe even Dallas than a few blocks west of the Drag. But me and Rob Baird, we’re doing all we can to keep it real.

Back in his early days as a budding Texas player, Baird was known to occasionally knock on my door — not to borrow a cup of sugar or return an escaped canine, but to drop off a song or two and yap for a spell. This always gave me a bit of a charge: How lucky I was to live in a town where stuff like this just shows up on my porch!

I first came across Baird’s music around 2010 with the release of his first album, Blue Eyed Angels, which really stood out from the herd for me at the time thanks to “Fade Away.” It was just one of those songs with that genuine, heartfelt sheen that demonstrates what its creator really is at their original core: the raw reflection of the person prior to either the development of advanced and perhaps over-thought technique or the jaded and sometimes ill-advised rejection of convention that sometimes comes with an artist’s desire to be singular and different.

When a song like that is amongst a new artist’s first batch, you know he’s something special. But although Baird’s sophomore release, 2012’s I Swear It’s The Truth, and its most notable single, “Dreams And Gasoline,” found the solid, innate technique intact, a giant leap forward it was not. As is often the case with second or even third albums, he had not yet found his way forward.

Fast forward four years and a lotta miles, though, and it’s a whole different story. Baird’s new album, Wrong Side of the River (out May 13), finds the Memphis-born songwriter a little older yet still mischievous; wiser from experience yet clearly ready to tackle what’s ahead — and seemingly very pleased with where his journey has taken him — which happens to be right back “home” to Austin, after an eye-opening spell in Music City, U.S.A.

It’s in Austin where Baird and I catch up again — not on my porch, but on the outdoor patio at the storied Draught House. I mention to him that it’s a good thing that the legendary establishment is just far enough from my house to keep me from falling into a seriously unhealthy habit, and he agrees — relating a tendency of his, when not on the road, to stick to his familiar stomping grounds, whether they be in Austin, Memphis, or Fort Worth, where he attended TCU. Or even, for that matter, in Nashville, where Baird moved around the release of his second album and lived for a good year or so — just long enough to conclude that if home is where the heart is and inspiration flows from the heart, he definitely couldn’t stay.

Not that the move to Nashville didn’t seem to make logical sense at the time. Living on his publishing income in order to keep his touring and recording ventures moving, Music City was the best place to be; to keep the songs and money flowing, Baird needed to be writing every day. So while he kept his house in Austin — a wise move, it turns out — off he went to Tennessee. But what he found to be in demand from a craftsman of his type was not so homey, especially.

“It was the height of the bro-country thing, man,” Baird says. “I was walking into these rooms and it was like, literally, trucks and rap-tracks and all this shit. And it wasn’t so much the publishing company leaning on me, it was the artists. It was just what was moving at that time, but it was not what I do.”

He concedes that it wasn’t all bad, at least in that he made friends and had fun — albeit maybe too much of the latter, given the social tendency in Nashville for the drinking to begin in earnest daily just a few hours after work. “Two in the afternoon on a Tuesday at the Red Door … pretty quick it was, ‘Dude, I gotta snap out of this shit,’” he says. “You can’t drink Monday through Thursday every week with all these songwriters, in the same boat, bitching about the same shit, and expect anything to change.”

An ill-fated tour of the Midwest that featured a Holiday Inn gig right out of The Blues Brothers was not exactly the change he was looking for; he dropped out after a few comically-bad shows. The next recording outing at Nashville’s revered Sound Emporium — a facility used lately by the likes of Alabama Shakes and Jason Isbell — cutting demos for Carnival Records with Sheryl Crow’s band, should have produced something fruitful, but it didn’t. Frustrated, he turned to Austin producer Brian Douglas Phillips and Rattle Trap Audio, a small but reputable home-based studio that represented a new way forward, and a way back home to Austin. The only obstacle was getting over his own initial reservations about downshifting from so-called “professional” studio environments to a home-based facility.

“I was thinking, ‘I don’t really want to record in a garage!’” Baird recalls. “That’s not really assuring to me.” But a meeting over ramen with Phillips earned Baird’s trust, and the South Austin vibe and pace at Rattle Trap turned out to be just what the doctor ordered to get his inspiration flowing again.

“It gave me the ability to spend a lot of time on this,” Baird says. “(Phillips) was playing organ and steel and producing, and we were on the same page.”

The extra time and relaxed atmosphere allowed Baird and his collaborators to plunge deep, and what emerged was a full-on, autobiographical concept album. After a long wait since its completion last summer, Wrong Side Of The River is finally poised to launch Baird into new spheres that may have seemed too lofty a few years back when he was just beginning to circulate around Texas. The album is worth that wait, too: more atmospheric than the earlier recordings, it hits the sweet spot where youthful exuberance is flavored with the dust — and the draw — of the road. The title track embodies the overall theme: a refusal to settle for less, and a restless drive to pursue something more. The aching ballad “Run of Good Luck” reflects Baird’s disappointment with his surroundings, and his search for better (“Ain’t you tired of this town? / Life just seems to sink into the ground.”) The haunting first single, “Ain’t Nobody Got a Hold on Me,” drips defiance and muggy, moonlit Deep South murder. As a whole, the album paints Baird as the carefree party-boy who’s now grown into a wiser but wearier man, having finally noticed the tick of the clock and filtered a good bit more of the hard world through a set of sparkling baby-blues.

So, Austin and Texas are, after all, home for Rob Baird. Still, don’t expect him to settle down, becaue in spite of his search for a perfect place to hang his hat, this isn’t a guy comfortable with limits. “I look up to Lucinda Williams,” he says, “and I look at Ryan Bingham, and think, how did he do it? Seeing him expand beyond Texas. Hayes Carll, too. But, I still love Texas and love playing here, and I’ll never leave Austin, because it’s still kind of a frontier [in its own right]. Anything can happen here.”

As we’re draining our pints on the patio in the twilight, Baird draws a quote from Neil Young: “Just get out there and just fucking write the best fucking record ever … get on the road and don’t listen to anybody, and keep doing it.” These days, that’s pretty much all any working musician can really do.

“All my friends play music, and the best thing in life is to play with your friends,” Baird says. “I’ve just tried to make the best record possible.”