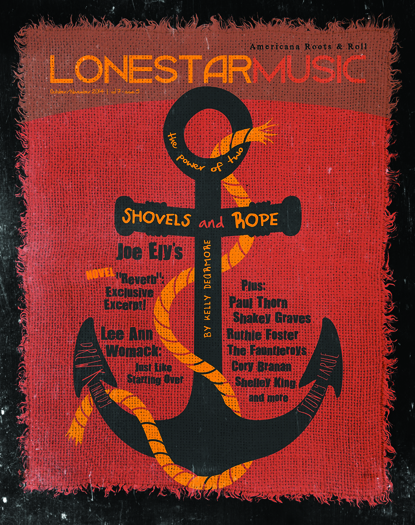 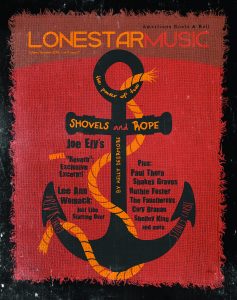 Apart from the opportunity to work with a team of really good people — especially graphic designer Melissa Webb, who I’d already known and greatly respected for years — one of the things that appealed most to me about joining this magazine five years ago was owner Zach Jennings’ vision that LoneStarMusic could be about more than just Texas music. Even more than Texas and Red Dirt music. We all agreed that we would still focus on songwriters and roots and/or country(ish) music — pretty much anything that could directly or even indirectly fall under the category of “Americana” in addition to, yes, all the usual Texas and Red Dirt subjects. But Texas residency or a Texas birth certificate would not be a requirement for an artist to be covered in our pages.

Now, don’t get me wrong: I’m a native Texan, and couldn’t be prouder of our musical home team. For years, I was guilty myself of sometimes thinking that an artist (well, the more “serious” singer-songwriting types, anyway) had to be from Texas in order to be … what, good? Worth listening to, following, and writing about? Today, I cringe just thinking about that absurdity. Sure, the Lone Star State has always had a roster to die for: not just the likes of Willie, Shaver, the Flatlanders, and Keen, but a whole mess of blues and rock ’n’ roll legends. But not being from Texas certainly didn’t dilute the impact and musical genius of Hank, Dylan, Springsteen, Zevon, Young, Petty, Prine, or Hiatt — let alone artists like Lucinda, Snider, and even Jerry Jeff that we Texas music fans love to claim as our own even though we know damn well that they’re not. So, just knowing that LoneStarMusic would not be constrained or blinded by geographic borders in its coverage of great music was very appealing to me.

All that being said, though, did y’all know that Michael Trent, the Colorado-reared “Rockamount cowboy” to Cary Ann Hearst’s “Cumberland girl” in Shovels and Rope, was born in Houston? Doubtless the duo’s latest album, Swimmin’ Time, would be every bit as excellent — and their rise to fame as one of the best young acts in Americana music today every bit as cover worthy — even if Trent wasn’t a native Texan, but I gotta admit, I get a kick outta knowing that he is.

Branan, in fact, was one of the artists who played at our Lone Star Music party at the killer Nashville record store, The Groove, during the Americana Music Association Festival and Conference in September. Our other featured acts this year were John Moreland, Matt the Electrician, Courtney Patton, David Ramirez, and the Howlin’ Brothers. This was our second year hosting a daytime party at AmericanaFest, and we hope to make it an annual tradition. For certain we plan to keep on attending the conference, because apart from Nashville being a pretty fun town with damn good eats, the festival showcases so many of the artists from all over the Americana map that keep us fired up about championing this music — no matter where it comes from.