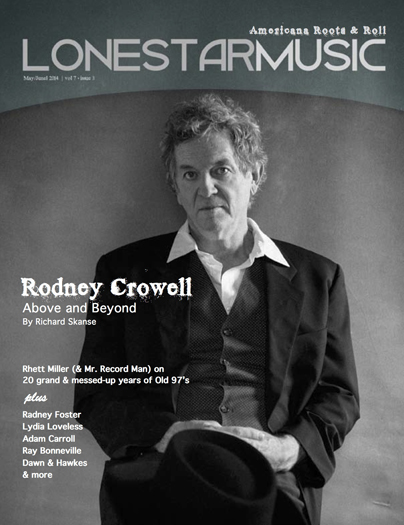 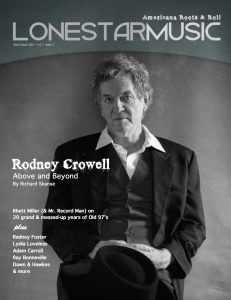 It was four years ago this month that I finished editing my first issue of LoneStarMusic. I like to think that as a team we’ve come a long way since then, but I was proud from the start to be welcomed into the LSM family and especially proud that the first cover story I got to write for the magazine was about the Kerrville Folk Festival. The passing of festival founder and longtime producer Rod Kennedy at age 84 on April 14 makes the anniversary of that issue bittersweet. Inside this issue, Michael Corcoran pays tribute to Kennedy and his storied career in his “True Heroes of Texas Music” column, while longtime Kerrville performers and frequent LoneStarMusic contributors Terri Hendrix and Bob Livingston pay moving respects of their own. Personally, I feel honored to have had that opportunity back in early 2010 to spend a few hours with both Kennedy (who was already retired) and his protégé/successor, Dalis Allen, talking about his legacy. For the way he took his lifelong love of music and had the vision and determination to turn it into such a beautiful and impactful dream come true, I think Kennedy was as much of a true artist as any of the hundreds (if not thousands) that he ever booked at his festival. And even at 80 years old, he had one of the sharpest memories of anyone I’ve ever interviewed. Kennedy’s moved on now, but you can bet his memory will live on for as long as people continue to make the pilgrimage out to Quiet Valley Ranch year after year to “Heal in the Wisdom” of song.

Fittingly, our cover story in this issue is on another “Rod” who is very much a legend in his own time: Rodney Crowell. I’ve interviewed Crowell a number of times since the release of his 2001 masterpiece, The Houston Kid, and I always come away from the experience with renewed respect for the man and his work. If you haven’t picked up his latest album, Tarpaper Sky, I can’t recommend it highly enough. And the same goes for his 2011 memoir, Chinaberry Sidewalks, which is every bit as eloquently written as any one of his songs. I spent the better part of the last two months happily revisiting Crowell’s entire catalog, and I probably spent just as much time cranking 20-years-worth of Old 97’s albums (especially their most excellent new one, Most Messed Up) in prep for our “Mr. Record Man” column and our Q&A with frontman Rhett Miller. Adam Carroll, Ray Bonneville, Radney Foster, and Lydia Loveless also got plenty of play, along with the terrific new albums from John Fullbright and Kelly Willis and Bruce Robison — all of which you’ll find profiled or reviewed inside.

Finally, on behalf of all of us here in the LSM family, I’d like to thank everyone who participated in our sixth annual Lone Star Music Awards, held April 27 in San Marcos. Cheers to all of the nominated artists who performed (all of them winners in our book), the many guest presenters (from MC Mattson Rainer of KNBT to the infamous Gill Webb to the one and only Robert Earl Keen), and of course all of our generous sponsors: Rebecca Creek, Red Dirt Hurricane, KNBT, KOKE, 36 D, Red House Records, Southern Thread, Strait Music, the Zone, Texas Music Scene, Barefoot Athletics, Dickson Productions, Live at Billy Bob’s Texas, and Cooper’s BBQ. And especially, thanks to every fan who made it out to the Marc for the show or who took the time to vote online for the winners. We couldn’t have pulled it off without y’all. And next year, let’s all get together and do it again. Who’s in? 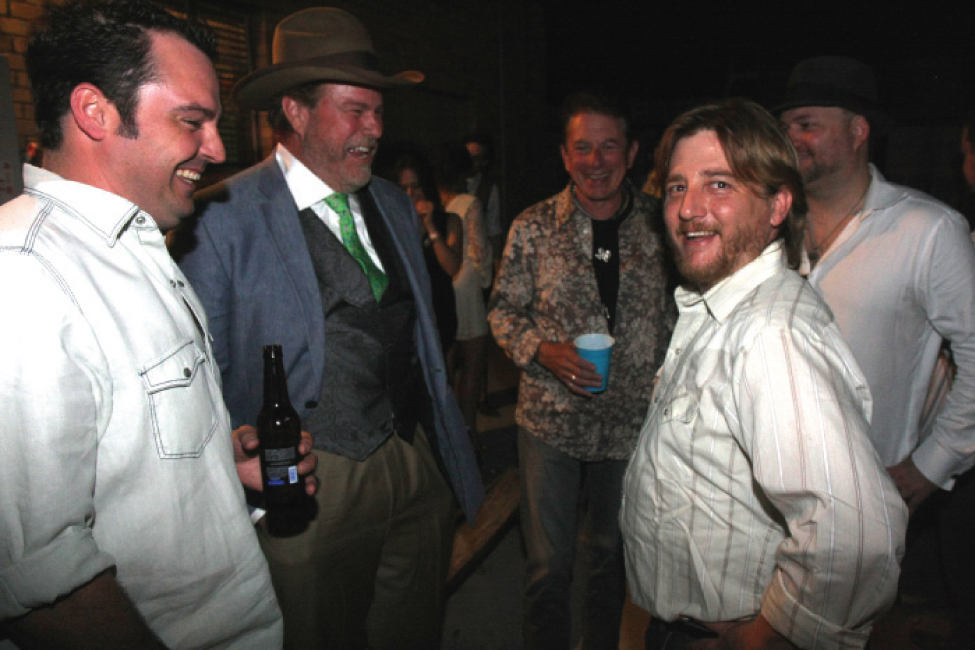 THE PARTY NEVER ENDS: OK, maybe not everybody “got hammered” at the Lone Star Music Awards; some of us waited until the official after party at Cheatham Street Warehouse (which ended with the Beaumonts blasting through a rip-roaring cover of Motörhead’s “Ace of Spades” so loud, you couldn’t even hear the passing train). But hammered or not, a good time was had by all the whole night long. I can’t remember what had us laughing so hard when this shot was snapped backstage at the Marc, but odds are it was something REK said. From left: Willy Braun of Reckless Kelly, Robert Earl Keen, Joe Ely, Richard Skanse, and Zach Jennings. (Photo by John Carrico)