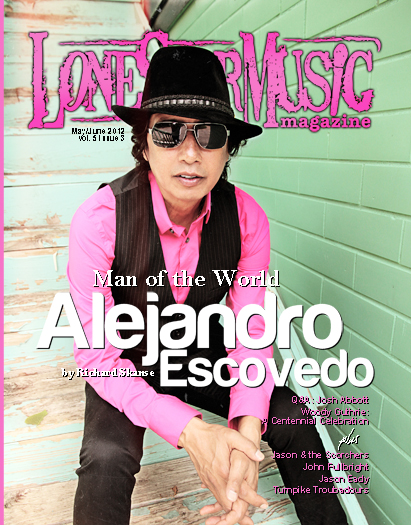 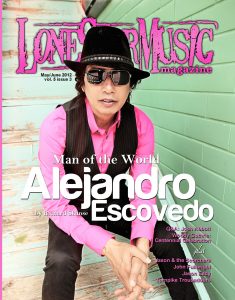 In the fall of 1994, a couple of months into my junior year of college and first semester of editing the arts section of the student paper, I received a package containing two CDs by an artist named Alejandro Escovedo. I had no idea who he was, but the accompanying bio mentioned that he was born in San Antonio (where I was going to school) and had some degree of renown up in Austin, which I figured was just enough to warrant a short review. Then I actually listened to those two CDs — his brand-new Thirteen Years and his ’92 debut, Gravity — and ended up playing both of them pretty much non-stop for a week. After that, I was determined to get this Alejandro guy on the phone for a feature interview; I just had to find out more about the mystery artist responsible for what I was already certain were two of the most profoundly beautiful albums I’d ever heard at the time. Eighteen years later, they still are — even as Escovedo continues to make new records every bit as excellent, right up to and including his latest. I spun Big Station a ridiculous number of times over the past month while working on this issue’s cover story, and the fact that I’m still digging it a week after finishing the story is testament to how great it is.

In the rare windows when I wasn’t blasting Big Station and the rest of Escovedo’s catalog in April, I was playing the heck out of John Fullbright’s From the Ground Up. If you’re not hip to Fullbright yet, please stop reading the rest of my blathering here, and jump right on over to Lynne Margolis’ profile on him in this issue. Honestly, debut albums that good are damned rare — like, Gravity rare. And while I’m handing out plugs here, allow me to also direct y’all to Lynne’s excellent feature on the enduring relevance and beauty of all things Woody Guthrie, Cody Oxley’s candid Q&A with Josh Abbott, Rita Ballou’s funniest column yet, and, courtesy of frequent contributor Eric Hisaw, a long-overdue LoneStarMusic salute to insurgent country pioneers Jason & the Scorchers.

Well, you’ve got a lot of reading (and listening) to do, and me finishing this editor’s letter is now literally the last thing keeping Melissa Webb and me from putting this issue to bed, so … allow me to just jump on ahead to the big news. On Sunday, April 1, just before the Lone Star Music Awards got underway a couple of blocks away at the Texas Music Theater, San Marcos’ Sundance Records closed shop after a storied 35-year run. Owner Bobby Bernard was ready to retire. I wish him the best, but I was crushed knowing that San Marcos, a wonderfully eclectic, happening little college town that I’m pretty sure has a lot more in common with Austin’s “Groovers Paradise” days than Austin itself does today, would no longer have a cool, independent record store that I could escape to whenever I fancied.

Well, as it turns out, I only have to go without through the rest of the summer, because come September, Lone Star Music will be moving its own brick-and-mortar record store from downtown Gruene right into the same space that Sundance used to occupy. We’ve got a great team (including former Sundance manager Greg Ellis, the latest addition to the LSM family) working on a lot of really exciting ideas for the new store and I can’t wait for opening day. Owner Zach Jennings says he might even let me take a few shifts working the floor, allowing me to fulfill my nearly lifelong dream of working in a record store. So, fair warning: If I happen to be on “Mr. Record Man” duty when you wander in looking for the latest Josh Abbott or Whiskey Myers CD, I’ll be happily at your service — but you better believe that I’m gonna try my hardest to sell you some Terry Allen, Joe Ely, Jon Dee Graham or Alejandro Escovedo records, too. You’ll thank me later.