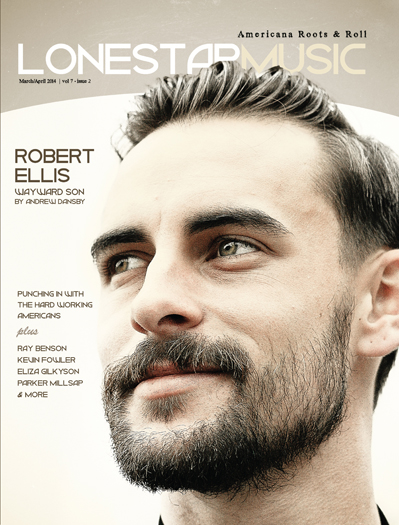 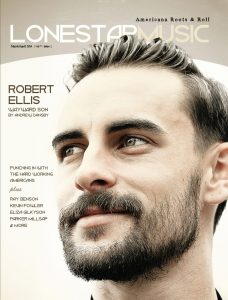 I’ve known Andrew Dansby since college, and I can honestly only think of maybe a couple of other people in my life who have personally introduced to me to so many of my favorite artists and albums over the last 25 years. A lot of times I might have heard of one of those artists, or maybe an album of theirs happened to land on my desk at one of my various writing/editing gigs over the years, but it would often be Dansby’s seal of approval that would really make me dig in. From Billy Joe Shaver to Lyle Lovett to Robert Earl Keen to Wilco/Son Volt/Uncle Tupelo and even Guy Clark and Townes Van Zandt, Dansby has long been my go-to sherpa and personal “Mr. Record Man.” In return I’m sure (or at least hope) that I’ve turned him on to more than a few gems myself, but it’ll be years if not decades before I ever even the score — that is, unless I ever ask him for help in teaching me how to become a serious jazz aficionado, in which case Dansby is guaranteed to win by a rout that will make that Seahawks/Broncos SuperBowl look like a nail-biter.

After college, Dansby and I both found our way to New York (him first) and eventually ended up working together at Rolling Stone before finding our way back to Texas (me first). Dansby landed in Houston, where for the better part of the last decade he’s covered music and entertainment at the Houston Chronicle. Naturally, he was hip to up-and-comer Robert Ellis long before I was, and assured me Ellis was very much the real deal well in advance of the Houston kid’s 2011 New West Records debut, Photographs. The Ellis set I caught at that year’s South By Southwest proved that, once again, Dansby was on the money. I loved that Photographs album, too, and a couple of years later, when Ellis (then living in Wimberley) happened into our record store in San Marcos (Superfly’s Lone Star Music Emporium), I introduced myself and asked the charming young artist if he’d ever be interested in writing a guest column for our magazine — a “Wax Poetic” on a personal favorite album, perhaps. He enthusiastically said “sure” and gave me his email, but I dropped the ball and never followed up. Ellis was already set to move to Nashville, and to be honest I forgot all about our meeting until an advance of his second New West record, The Lights From the Chemical Plant, arrived in the mail. After the first or second spin, I fired off an email to Danby enthusing, “This ‘Chemical Plant’ track off of Robert Ellis’ new record is the best  song I’ve heard since Jason Isbell’s ‘Elephant’!” To which Dansby, two or more musical steps ahead of me as always, replied with a knowing, “Yep.” After that, lobbying for Ellis as our next cover artist was about as much of a no-brainer for me as tapping Dansby to write it.

If Ellis’ The Lights From the Chemical Plant ends up being one of my favorite records of the year (and it’s pretty much a given), odds are it will share company on that list with Eliza Gilkyson’s The Nocturne Diaries and the self-titled debut from Todd Snider’s new group, the Hard Working Americans. We’ve got features on both of those artists and albums in this issue, too, along with stories on such other notables as Ray Benson (our featured Q&A), Texas country mainstay Kevin Fowler, and Oklahoma rising star Parker Millsap. In our “Mr. Record Man” department, we survey the catalog of one of the most exciting “Americana Roots ’n’ Roll” acts of the last 20 years, the Drive-By Truckers, and Drew Kennedy takes his favorite Merle Haggard record for a spin in our “Wax Poetic” column. On a bittersweet note, we also pay tribute and say farewell to a host of recently departed Texas music greats, including Ray Price, Steven Fromholz, Sarah Elizabeth Campbell, and Austin radio legend Larry Monroe. December and January took a heavy, heavy toll on the hearts of the Texas music scene.

I don’t want to close this column on a sad note, though, so before I go, here’s a quick head’s-up on something we’re all really excited about: our sixth annual Lone Star Music Awards, set for April 27 at San Marcos’ The Marc (formerly Texas Music Theater). We’re still putting together the lineup, but rest assured it’ll be stacked. And best of all, as always, you get to vote on and determine the winners. Voting begins March 3 and runs through March 31, so be sure to visit our website at www.lonestarmusic.com to fill out your ballot, and follow us on Facebook and Twitter to stay up-to-date as we announce more details on all of the nominees, scheduled performers, and other surprises. See you there!