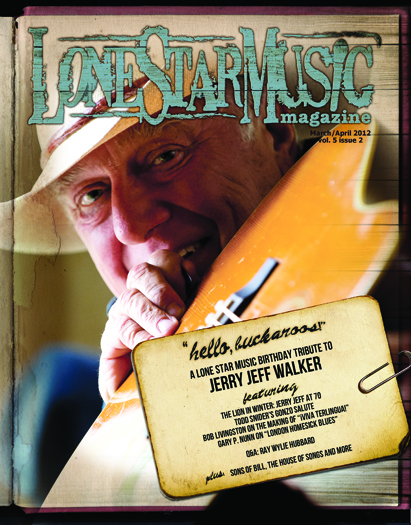 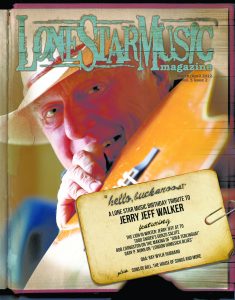 For all the great music that’s come out of the Lone Star State in the last 30 years — and that’s still being made every day — I think the 1970s are still the decade to beat. I’m not saying that as some jaded geezer, either; I’m pushing 40, and thus a fair deal older than most of the young guns dominating the Texas music scene these days, but growing up in El Paso in the ’70s, I was just a Star Wars and dinosaurs-obsessed kid and barely aware of even the biggest mainstream rock bands of the day, let alone the whole cosmic country scene that was in full swing a few hundred miles due east in Austin. I remember my dad having a copy of Red Headed Stranger on vinyl, but it was hardly the soundtrack of my childhood; that honor belonged to the film scores of John Williams. I’ve had plenty of time to go back and catch up on all that stuff since, though, and needless to say, most of it still sounds as thrilling and “progressive” today as it no doubt did when it was all brand new. This is especially the case when it comes to all those great, timeless records Jerry Jeff Walker made when he moved to Austin at the beginning of the ’70s and began recording and touring with the Lost Gonzo Band.

A lot (too many!) of those old Walker albums are long out of print, but every one of them is worth tracking down on vinyl, no matter how worn out the grooves are. Fortunately the most famous of the lot, 1973’s ¡Viva Terlingua!, is easily found on CD (and as a download), and every time I revisit it, I can’t help but play it the whole way through. And I played it a lot during the process of putting this issue together — along with the rest of the entire Walker catalog. It’s my hope that while you’re reading through our assortment of Walker and Lost Gonzo Band-related stories herein — from John T. Davis’ interview with ol’ Scamp himself and the first-person “I was there!” accounts from Gonzos Bob Livingston and Gary P. Nunn to Andrew Dansby’s feature on proud Walker disciple Todd Snider — that you give your own copy of ¡Viva Terlingua! (and any other Walker albums you might own) a fresh spin or 12, too. And should the fancy hit you to mix up a Texas-sized tub of sangria to wash it all down with, all the better. Just be sure to raise a toast to Walker in honor of the legend’s 70th birthday on March 16.

Of course, as much fun as I’ve had listening to an obscene amount of classic Jerry Jeff over the last two months, there’s been a whole lot of exciting new releases to dig, too — especially the latest from fellow ’70s progressive-country survivor Ray Wylie Hubbard: The Grifter’s Hymnal. Hubbard, incidentally, is this issue’s featured Q&A artist. We’ve also got profiles spotlighting the latest by the Sons of Bill and Charlie Faye, and a whole bunch of noteworthy new albums covered back in our Reviews section (including new platters from Justin Townes Earle and the aforementioned Snider). It’s only spring and already 2012 is shaping up to be a very bountiful year in Texas and Americana music. And I look forward to hearing as much it “live” as I can during South By Southwest, which at the time of this writing is just two weeks away.

Speaking of good times on the immediate horizon, I’d like to close by thanking everyone who participated in the voting for our fourth annual Lone Star Music Awards. The ballots are all in now and the winners will be announced at our awards show on April 1 at the Texas Music Theater in downtown San Marcos. We’ve got a great lineup of live music scheduled, including many of this year’s nominees. For more details, check out page 8. Hope to see y’all out there!