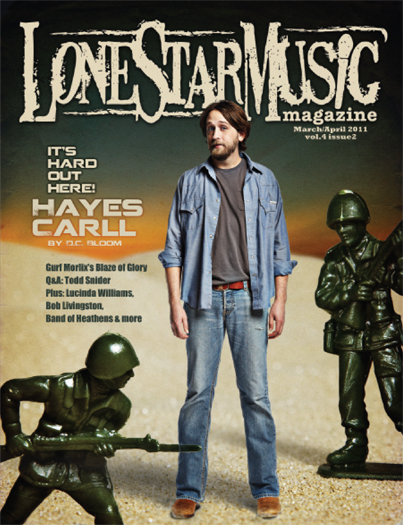 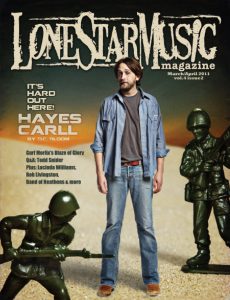 It was right around this time — known ’round these parts as “SXSW season” — last year that I joined LoneStarMusic magazine. It was a leap of faith for me: I was leaving an established magazine that I’d been proud to be a part of for 10 long years for a much younger rival publication still finding its legs. That challenge — let’s go ahead and call it an “all-in” bet — of starting fresh again was admittedly part of the lure; I felt long overdue for a change. But more than anything, it was the invitation to join the extended LSM family that sealed the deal for me. Going all the way back to its early days as “just” an online store for Texas music (LoneStarMusic.com), as dreamed up by founder Chad Raney, and up through its expansion into a physical store in downtown Gruene, Texas, and later a magazine under the stewardship of Michael and Clair Devers, I’d already been a fan of all things LoneStarMusic for years; and from the moment I met him, I liked the cut of new owner Zach Jennings’ jib and his alarming passion for music and record collecting (an obsessive aficionado after my own heart). Throw in the opportunity to work both directly and indirectly with the superbad (as in, badass) likes of creative director Melissa Webb, ad dude Shane Jones, regular “guest” columnists like Terri Hendrix, Al Barlow, Chris Mosser and Michael Shane Borden, and the fun, friendly staff at the record store (led by another record collecting guru, Kris Franks), and I was sold.

Now 12 months and five issues later, I’m happy to say that I don’t regret my decision one bit. And I’m even happier to announce that the LoneStarMusic family just got cooler than ever, thanks to the addition of Shilah Morrow to our happy clan. A long time ago, in a major-label-driven music industry far, far away, Shilah spent 15 years doing sales and marketing for various divisions of the Warner Music Group in her native Los Angeles. But these days, she’s better known as the Grand Dame of the Sin City Social Club, a marketing and promotion company that’s been championing the best of the best in the world of “Cosmic American” roots music for the last decade and counting. In 2007, after years of making the trip to Texas for SXSW, Shilah moved her Sin City headquarters from L.A. to Austin and became a naturalized Texan (or at least Austinite) in record time. And though she’s still as busy as every with her Sin City endeavors (including her traveling “Cosmic American Roadshow” mini-festival hitting Southern California, Central Texas and Nashville), she’s now officially part of the LoneStarMusic team as our “Director of Artist/Label Relations.” I actually don’t know exactly what all that entails, but I do know she’s already kicking ass at the gig. Not only was she instrumental in pulling together LoneStarMusic’s first official SXSW showcase (scheduled for Saturday, March 19 at Antone’s and featuring Joe Ely, Carolyn Wonderland, Cody Canada and Seth James, and the Sons of Bill) and our three-days (March 17-19) of free concerts right in the heart of South Congress (see page 11 for details), she also introduced Zach and myself to all sorts of cool people during our trip to Memphis in February for the International Folk Alliance Conference. It was Shilah, after all, who arranged for us to get a personal tour of the Stax Museum of American Soul Music by none other than John Fry, founder and owner of one of Memphis’ other legendary recording hotspots, Ardent Studios. She also made damn sure we didn’t get out of Memphis without a visit to Gus’s World Famous Fried Chicken. I don’t wanna scare her or anything, but should Shilah ever decide to leave the LSM fold, the rest of us will have to break out the hammer and blocks of wood and get all Kathy-Bates-in-Misery on her. Make yourself at home, Mama Shilah, ’cuz you ain’t going nowhere!

I’m running out of space here, so one last shout-out/plug: Mark your calendars for March 27, when we’ll be throwing the biggest LoneStarMusic Awards party yet at the brand-spanking-new Texas Music Theater in downtown San Marcos, Texas. The venue’s fantastic (I just got a tour of it the other day, and the acoustics when my jaw hit the floor were amazing), and we’ve got a pretty killer lineup of live music on tap, too. We’ve got performances scheduled by four of the evening’s nominees — the Trishas, Max Stalling, Javi Garcia, and Lincoln Durham — and a headlining set by some dude you might have read about somewhere called Hayes Carll. And if that ain’t worth a stomp and holler, I don’t know what is.