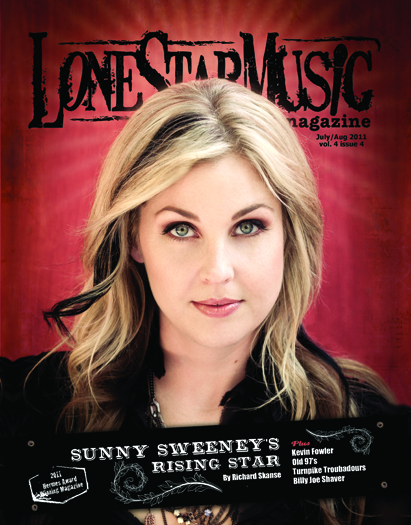 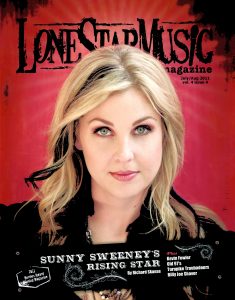 Thank you for picking up our latest issue of LoneStarMusic. As I’ve said before in this space, I feel very honored to be a part of this family and to work with some very cool people. We all have a lot of fun putting this magazine together, and no matter how stressful things seem to get around deadline, there’s always an immense feeling of satisfaction and a collective “wow, look what we did!” sense of accomplishment whenever we get our hands on the first copies back from the printer. I’ll admit that sometimes I’m a little hesitant to flip through at first, knowing that no matter how many times I read it front to back during editing and production, I’m inevitably going to spot a previously overlooked typo straight away. (The most recent humdinger was in the headline for the Blaze Foley story two issues back, which labeled the late songwriter and duct-tape enthusiast the “Duck Tape Messiah.” That was my bad as editor, and I apologize to both writer William Michael Smith and any Foley fans who caught the error; meanwhile, to the makers of Duck® Brand Duct Tape, you’re welcome!) But the odd typo aside, I know I can always be proud of each issue knowing how much work went into it, especially by our creative director, Melissa Webb, who never fails to make all that work look beautiful.

We’re a team here, but it was Melissa who took the initiative in submitting our March/April issue (the one with Hayes Carll and the little (big) green army men on the cover) to the 2011 Hermes Creative Awards, which are judged by the International Association of Marketing and Communication Professionals. I’m delighted to report that we did pretty a-OK in the competition, winning two Platinum awards (for Publications/Magazine and for Writing/Publication Overall) and two Gold awards (for Design/Publication Overall and Design/Publication Cover). So, thank you to the Hermes voters, to Melissa, to all of our writers and sales staff, to Hayes for being such a good sport during that cover’s photo shoot in Dallas with photographer Erica Felicella, and last but certainly not least to our director of operations, Zach Jennings, for allowing us the creative freedom to do the best job we can on each issue. And while I’m at it, I’d also like to send out a sincere, humble thank you to Dave Marsh, one of the premiere rock journalists in America, for saying such nice things about our May/June Joe Ely issue during his interview with Ely on his SiriusXM radio show, Kick Out the Jams.

OK … time to hop off the laurels and get onto the business of introducing this issue. I think it’s another contender, with features and interviews with Rhett Miller of the Old 97’s, Kevin Fowler, the Dirty River Boys and the Turnpike Troubadours, who won album of the year at our Lone Star Music Awards back in March. We’ve also got new columns by Terri Hendrix, Al Barlow and Rita Ballou, a whole mess of album reviews and another fine installment in our Mr. Record Man series by Eric Hisaw, this time examining the catalog of the legendary Billy Joe Shaver.

And then, of course, there’s our cover star. I still remember first meeting Sunny Sweeney a decade ago, when she had just started working as an intern for LoneStarMusic.com founder and former owner Chad Raney. I remember the first time she started entertaining the idea of maybe trying her hand at singing around town, and I remember accompanying some mutual friends to see her very first show, at a little dive called the Chaparral Lounge in Austin. I can’t say I remember being all that blown away by that particular performance — I’d be lying — but her return to the stage after nearly two years of woodshedding was a whole other story. Next thing we all knew, Sunny was playing nonstop around Austin, working a helluva fine independent first album, and then she was posting pictures on MySpace (remember that?) from her debut on the Grand Ole Opry stage and signing a deal with one of the hottest little labels in Nashville. And now she’s already scored her first Top 10 national country single, something  no other “up and comer” out of Texas has done since Jack Ingram and Miranda Lambert. Will there be more? Who knows? But if all of the above has proven anything, it’s that once Sunny Sweeney sets her mind to something, there’s no stopping her. Just ask her mother, Dee Strickland, who emailed me this little nugget shortly after I talked to her for our story: “The year Sunny turned 3, three of my close friends bought me the James Dobson book, The Strong-Willed Child. I will leave you with that one!”