Adam Hood: “The Shape of Things” 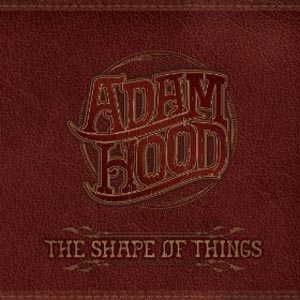 Three years after releasing his acclaimed second album, Different Groove, Adam Hood is back with his highly anticipated follow up, The Shape Of Things. Although he hails from Alabama, the singer-songwriter has been steadily building up a loyal fanbase on the Texas music scene ever since his 2002 debut, 21 to Enter. Along the way, he found a vocal supporter in none other than Miranda Lambert, who took Hood on the road with her. But however much having a chart-topping country music superstar in his corner has helped his career, Hood still identifies with the struggles and hardships of an up-and-coming musician just to trying to find a break in Nashville — an empathy made especially evident in The Shape of Things’ potent opening track, “Hell of a Fight.” On the equally effective title track, Hood takes introspective, self-evaluating stock of his journey to date as a songwriter and touring artist. It’s a theme that ties the entire album together.

While Hood’s songs have been covered by mainstream country acts such as Lee Ann Womack, the Eli Young Band, and Nashville newcomer Frankie Ballard, they invariably just sound more at home on his own albums. The Shape Of Things is a great example of what characterizes him as an artist, influenced by the country and blues music he grew up listening to and full of the can’t-fake-it passion and grit that makes those influences resonate. From start to finish, each track here stands out — be it by the bluesy, country-rock swagger of “Granpa’s Farm” and “Deep Ellum Blues” or the soulful vocals on “Moving Mountains” and “Once They’re Gone.” Even the one cover song on the record, Brian Keane’s “I’ll Sing About Mine,” rings 100-percent true. There’s just not a hint of filler to be found here — only further proof that Hood is shaping up to be one of the most consistently rewarding young troubadours on the Americana landscape. — SHANE JONES