A birthday for Billy Bob’s Texas 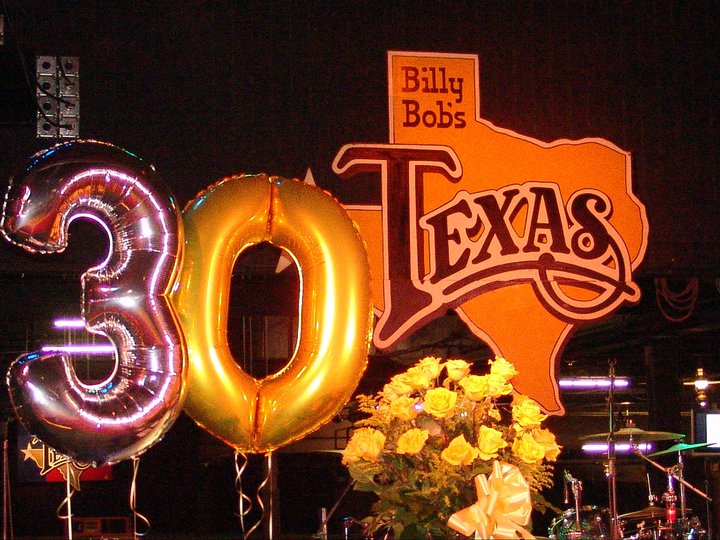 The biggest honky-tonk in Texas (and the world) celebrates the big 3-0.

If there’s a single rule at Fort Worth’s sprawling Billy Bob’s Texas, according to general manager Marty Travis, it’s this: “Don’t run out of beer.” 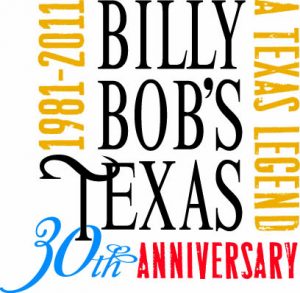 Travis says it with a laugh, but he’s serious. Billy Bob’s celebrated its 30th anniversary in April. Travis, who’s been in management for about half that time, says the place has gone through 35-million bottles and drafts. Billy Bob’s is the self-proclaimed “world’s largest honky-tonk,” and really, who’s going to argue when the property spans seven acres across the Fort Worth Stockyards — perhaps the most cowboy part of Cowtown? There’s no mechanical bull, but there’s real bull riding in a 300-seat arena, where countless bulls have bucked professionals (like Lane Frost) and amateurs alike.

Pictures of almost all of the 7,800 musical acts who’ve played there over three decades adorn the walls. You can see a young Kris Kristofferson, and an even younger LeAnn Rimes. There’s a wall of artists’ handprints in cement, and entertainment director Robert Gallagher hand-paints bands’ logos backstage. Less well-known are the series of autographed and shellacked hamburger buns in the Road House Café. Bruce Robison and Kelly Willis’ buns sit side by side in happy hamburger matrimony.

Billy Bob’s Texas became a nightclub on April 1, 1981, when former football player Billy Bob Barnett partnered with local cowboy businessman Hub Baker and Spencer Taylor, a car salesman who, legend has it, could sell ice to the proverbial Inuit. The abandoned former cattle barn-turned-department store in one of the rougher sections of Fort Worth was the stage for their very own Urban Cowboy vision. That 1980 movie, featuring musicians Mickey Gilley, Charlie Daniels, Johnny Lee, and Bonnie Raitt, made every city slicker want to buy a cowboy hat with feathers and ride a slow-motion electric bull. Barnett and his colorful partners capitalized on the trend, and the Gatlin Brothers, Waylon and Willie, and Janie Frickie all played Billy Bob’s opening weekend. In addition to some of the biggest names in country music, the club would host the varied likes of Chuck Berry, Tina Turner, ZZ Top, Ray Charles, and the Beach Boys. But the booming days of big-hair–and–fiddle excess waned during the mid-80s, and in January 1988, the joint went bust.

The shuttering of seven acres of drinking and dancing in the Stockyards sent immeasurable ripples through the local economy, but business folks knew that the place couldn’t stay closed. The club was soon bought by a conglomerate, and Billy Minick, a former bull rider, was hired to run the venue when it reopened in November 1988. Minick became CEO of the venue in 1989, and his wife Pam, a former Miss Rodeo America, came on as the marketing director. The current iteration of the world’s largest honky-tonk has played a pivotal role in redefining the Western heritage of Fort Worth. In the Stockyards, a herd of cattle ride over the red bricks twice a day. It’s a thriving tourist industry based on the idea that Fort Worth is Cowtown. And the giant club on the edge of those bricks is an integral part of the city’s economy.

In the mid-90s, Billy Bob’s partnered with Smith Entertainment to produce and distribute a live concert series featuring the BBT brand. Merle Haggard was slated to be the first recording, but Minick and Smith Entertainment president Rick Smith thought better about testing the recording equipment. So, on Dec. 4, 1998, Pat Green became the first artist to record a Live at Billy Bob’s CD. At the 30th anniversary party, Green credited the Minicks and his frequent Billy Bob’s gigs for “buying my house in Fort Worth.” Green also spoke movingly about the late Rick Smith, who was instrumental in moving Billy Bob’s from being a “just” a giant honky-tonk, to being a giant honky-tonk with a successful recording business. (Billy Bob’s also marked its birthday with the release of a 30th Anniversary double CD, featuring 30 songs from 30 shows by artists including Haggard, Green, Nelson, Cross Canadian Ragweed, Wade Bowen, Asleep at the Wheel, Jack Ingram, Stoney LaRue and the Randy Rogers Band.

Billy Bob’s has a reputation for being generous and fair with younger artists. Miranda Lambert made history this year, selling out two back-to-back nights in February. There were other, possibly more lucrative venues in the area for the Grammy-award-winning singer to consider, but Billy Bob’s stage is part of the house that built Lambert. 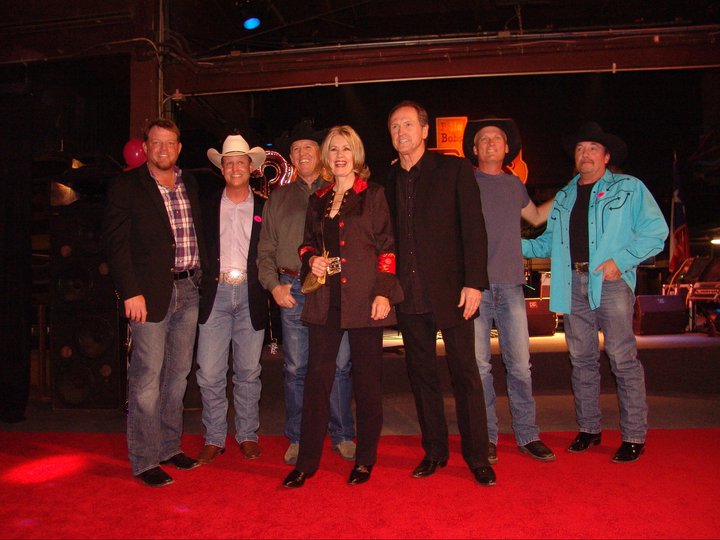 Two events happened during the 30th anniversary that sum up the past and future of Billy Bob’s Texas. At the VIP party, Rudy Gatlin, part of the first ever band to play on the club’s stage, serenaded Pam Minick with the Ernest Tubb chestnut “Waltz Across Texas.” That same weekend, Texas country rising star Josh Abbott continued his winning streak, playing to a crowd of around 4,200.

Today, the landscape in Fort Worth’s North side is dotted with smaller clubs featuring cheaper beverages. But Billy Bob’s has survived recessions, challenging management decisions, and the evolving face of country music. At the anniversary party, Kevin Fowler commented that there are still only two things that Texas musicians really want: “To play at Billy Bob’s, and to sell out Billy Bob’s.”

Previous post Steve Earle: "I'll Never Get Out of This World Alive"