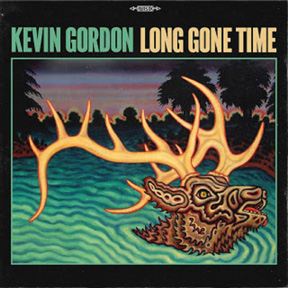 Kevin Gordon may have taken an excruciating five years between releasing 2010’s Gloryland and his latest gem, Long Gone Time, but it is worth every second of the wait. Gordon has the heart of a poet and the soul of a rocking bluesman and Long Gone Time allows all of that to shine through. Split almost right down the middle between acoustic ballads and electric stompers, the record may seem a little disjointed right until Gordon begins singing. Kevin is a master storyteller, and every single lyric on this album is perfectly thought out and placed.

Gordon’s native Louisiana provides the setting for his characters on most of the album. “GTO” rides along a swampy blues groove and tells the story of his father’s prize possession being taken for a little joyride by a couple of miscreants. “Goodnight Brownie Ford” floats atop an understated acoustic guitar track, introducing the audience to an unknown, half-Comanche folk singer that seems to have made quite the impression on a young Gordon many years ago. Ford says, “don’t let ’em mess with your music, if you go to Tennessee,” advice that Gordon has certainly heeded (he has called Nashville his home for nearly two decades).

The highlight of the record is “Cajun With a K,” a slow moving stream-of-consciousness song that describes a dying Southern town. The desperation of the residents bleeds from the vocals laid down over a walking bass line, an almost drunken piano and a stripped-down drum beat. This song is Gordon at his finest, basically speaking his lyrics and just following wherever the song may take him.

If a writer’s job is to paint the proverbial picture with words, Gordon paints with a brush that produces images in Ultra HD. And if he waits another half a decade to deliver his next album, Long Gone Time is plenty good enough to hold us all over. — ADAM DAWSON