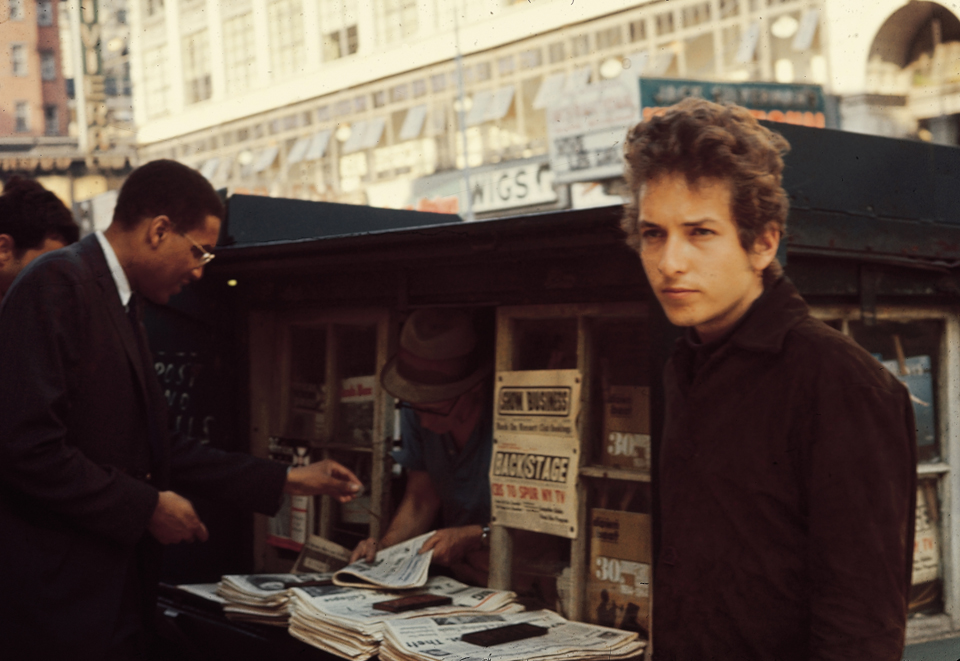 Tom Wilson: A record producer is a psychoanalyst with rhythm

Rick Rubin is known as a producer who gets the best from his artists, from Adele to Jay-Z, from Petty (Tom) to Cash (Johnny), by being the consummate head-nodder with Olympic-sized ears. First making his name producing hip hop by LL Cool J, Run-DMC, the Beastie Boys and more, Rubin was the white kid who conquerered the black music world in New York City.

Flip the races and go back five decades to meet Tom Wilson, the tall, laid-back, black man from Waco, who produced three early classic Bob Dylan albums, plus “Like a Rolling Stone” as a parting gift. During his time at Columbia (’63-’65), Wilson also helmed Simon & Garfunkel’s debut LP Wednesday Morning 3 A.M., which hit the snooze button on airplay until Wilson, without the artists’ knowledge, put a backing band to “The Sound of Silence” and pioneered folk rock with that smash in 1965.

As monumental as were those Dylan and Simon & Garfunkel albums, Wilson’s most challenging work in the recording booth came after Columbia, when he became a staff producer at MGM/Verve in 1966 and helmed the debut albums by both Frank Zappa and the Mothers of Invention and the Velvet Underground within a two-month period (March-May 1966). You couldn’t get too weird for Wilson, who released cosmic freejazz philosopher Sun Ra’s first album in 1956. Jazz By Sun Ra came out on Transition, the label Wilson started in 1955, right after he graduated from Harvard with a degree in economics.

After you’ve worked with an “Arkestra” leader who claimed to be from Saturn, Andy Warhol’s junkies aren’t going to freak you out. Wilson looked beyond the edgy content and heard great songs in the VU demo that got them signed to Verve after all the other labels passed. Wilson flew the band to Hollywood in May ’66 and re-recorded “Waiting For the Man,” “Heroin,” “Venus In Furs” and “All Tomorrow’s Parties.” Since the album (banana cover) was billed The Velvet Underground and Nico, Wilson wanted one song for the radio featuring the avant-garde kitten and got the VU together for one last session in New York. Lou Reed and John Cale wrote “Sunday Morning” with Nico in mind, but Reed ended up singing it as the opener on the album Rolling Stone ranked No. 13 on its 100 all-time most influential albums list.

“The band never again had as good a producer as Tom Wilson,” Cale said in the 1983 book Uptight: The Velvet Underground Story. “Andy Warhol didn’t do anything.” 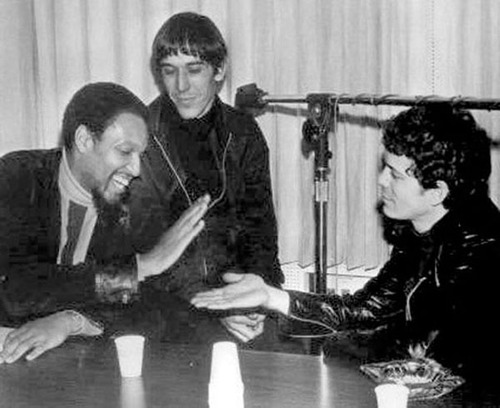 Like Rubin, Wilson’s career is not defined by a distinctive sound, but by its wide-reaching legacy. The cerebral Texan could feel music in all its forms, which is a rare and special talent.

Wilson and Quincy Jones, Lesley Gore’s knobsmith over at Mercury, were the first blacks to produce white acts on major labels in 1963. But where Jones went funky in L.A., with the Brothers Johnson leading into Michael Jackson, Wilson stayed mainly in the rock and folk fields. Some of his other credits include Eric Burdon and the Animals (check out Wilson’s production on “Cheating” to hear where Tom Petty got the idea for “Breakdown”), Blues Project and the Clancy Brothers. Although he drew breath just 47 years, dying of a heart attack in 1978, Wilson amassed the credits of a long life.

He grew up in the ’30s and ’40s in the embrace of two black Waco institutions — A.J. Moore School and New Hope Baptist Church. His father, Thomas Blanchard Wilson Sr., was a former principal at Moore, who left just as Tom Jr. started school to open an insurance office. Grandfather Bertrus T. Wilson was also a former Moore headmaster, though he made his money with a rug laundry business.

Tom Jr. played some trombone, but his interest turned to recording while in college, first at Fisk University in Nashville and then Harvard, where he had a radio show on WHRB, spinning everything from jazz to folk. Playing the records only made him hungry to put out his own.

A natural entrepreneur, Wilson was president of the Young Republicans Club in Harvard, which may seem weird for a young black man in the 1950s, but Wilson lived by his own creed and not racial expectations. He found it counterproductive for blacks to use race as an excuse, but being in a mixed marriage, there were constant reminders of prejudice. In a 1968 cover story in the New York Times magazine entitled “A Record Producer Is a Psychoanalyst with Rhythm,” Wilson said “I only think in terms of race when I come out of a big meeting and some guy making $30 a week in the stock room gets the cab that won’t stop for me.”

But Wilson’s race may have put him at an advantage at Columbia in 1963, when Dylan’s manager Albert Grossman bickered with label exec John Hammond over contract issues and threatened to sue to have Dylan freed from Columbia. Hammond produced Dylan’s 1962 debut LP and was midway through the Freewheelin’ followup when he replaced himself with a hip African-American that the protest singer couldn’t refuse. Grossman liked what Wilson had told him about his prized artist: “If you put some background (music) to this, you might have a white Ray Charles with a message.”

Wilson’s first day of work as Bob Dylan’s producer, on April 24, 1963, yielded “Girl of the North Country,” “Masters of War,” “Bob Dylan’s Dream” and “Talking World War III Blues.” Dylan was in charge, make no mistake, but he seemed to thrive on the new energy in the studio.

In the middle of recording Dylan’s third album, The Times They Are ‘a Changing, in August 1963, the singer from Hibbing, Minn., became a national sensation at the Newport Folk Festival. But the songwriter’s fourth album, Another Side of Bob Dylan, was recorded in one day and didn’t really move the career along much. The big breakthrough came with Bringing It All Back Home, recorded in NYC on three days in January 1965. The sessions opened in Columbia’s Studio A with Wilson recording Dylan doing solo acoustic numbers “Mr. Tambourine Man,” “It’s Alright, Ma (I’m Only Bleeding),” “Gates of Eden” and “It’s All Over Now, Baby Blue,” all future classics. The next day, they moved to Studio B where they were joined by a band (including Spike Lee’s father William E. Lee on bass) and hammered out such rockers as “Subterranean Homesick Blues” and “Maggie’s Farm.”

When Bringing It brang it in March ’65, the sequence was exchanged so the LP’s electric side one opened defiantly with “Subterranean” and side two closed with the taunting “It’s All Over Now, Baby Blue.” Dylan declared himself no longer the contemporary of Joan Baez and Pete Seeger, but the Beatles and the Rolling Stones, and not everyone was happy about that. Dylan had sold out his folk roots, was the thinking behind the boos he heard and felt at the Newport Folk Festival in 1965.

Wilson produced leadoff track “Like a Rolling Stone” on Dylan’s next LP, Highway 61 Revisited, but that would end their professional relationship, as Wilson was replaced for the rest of the LP by Bob Johnston, who grew up in Hillsboro, less than 35 miles north of Waco. (Perhaps the stretch of I-35 that connects the hometowns of Wilson and Johnston should be renamed “Highway 61.”) It’s not known if Dylan or manager Grossman ever gave Wilson a reason he was fired, but one exchange during the recording of “Rolling Stone” seems telling. As chronicled in Al Kooper’s Backstage Pass memoir, Wilson had asked Kooper to come by the studio to maybe add some guitar. But the guitars were all covered, so Kooper sat at the organ and improvised a riff. “Turn up the organ,” Dylan ordered Wilson during playback. “But he’s not an organ player,” Wilson replied. In Kooper’s memory, Dylan shot back “turn it up anyway,” but according to Dylan biographer Michael Gray, who heard the tape, Dylan lit into Wilson. “Don’t tell me who’s an organ player and who’s not. Just turn the organ up.”

Like when a player calls out his coach, one of them is usually on the way out, and it sure wasn’t going to be Dylan. After getting rerouted from Highway 61, Wilson hit the road for Los Angeles, where he hooked up with MGM. According to the 1968 New York Times story, Wilson produced eight Top 100 albums in the previous 12 months, ranging from South African trumpeter/bandleader Hugh Masekela to the Fraternity of Man, whose “Don’t Bogart Me” became a cult classic thanks to its inclusion on the Easy Rider soundtrack.

In later years, Wilson went independent and, giving you an idea of his self-effacing sense of humor, ran a publishing company named Terrible Tunes and Maudlin Melodies, as well as Reluctant Management and Rasputin Productions. But the ’70s were not as good to him as were the ’60s. But who else has had a decade like that in the studio?

Somehow Wilson, who also co-founded the legendary Record Plant studio in Manhattan, is not in the Rock and Roll Hall of Fame. But if Waco has its own piece of music immortality, it’s at the Doris Miller Memorial Park, named after the World War II hero who also attended A.J. Moore. Thomas Blanchard Wilson Jr. is buried there next to his parents.

The laidback are often overlooked in the short run, but there’s no way that posterity can look at the career of a man who produced Cecil Taylor then Bob Dylan then Simon & Garfunkel then Frank Zappa and the Mothers then the Velvet Underground and not proclaim him to be one of the greatest record producers of all time.

Tom Wilson was not bound by race, nor genre. He liked to sit alone with the universal language of music and wonder what he could do to make it connect deeper.