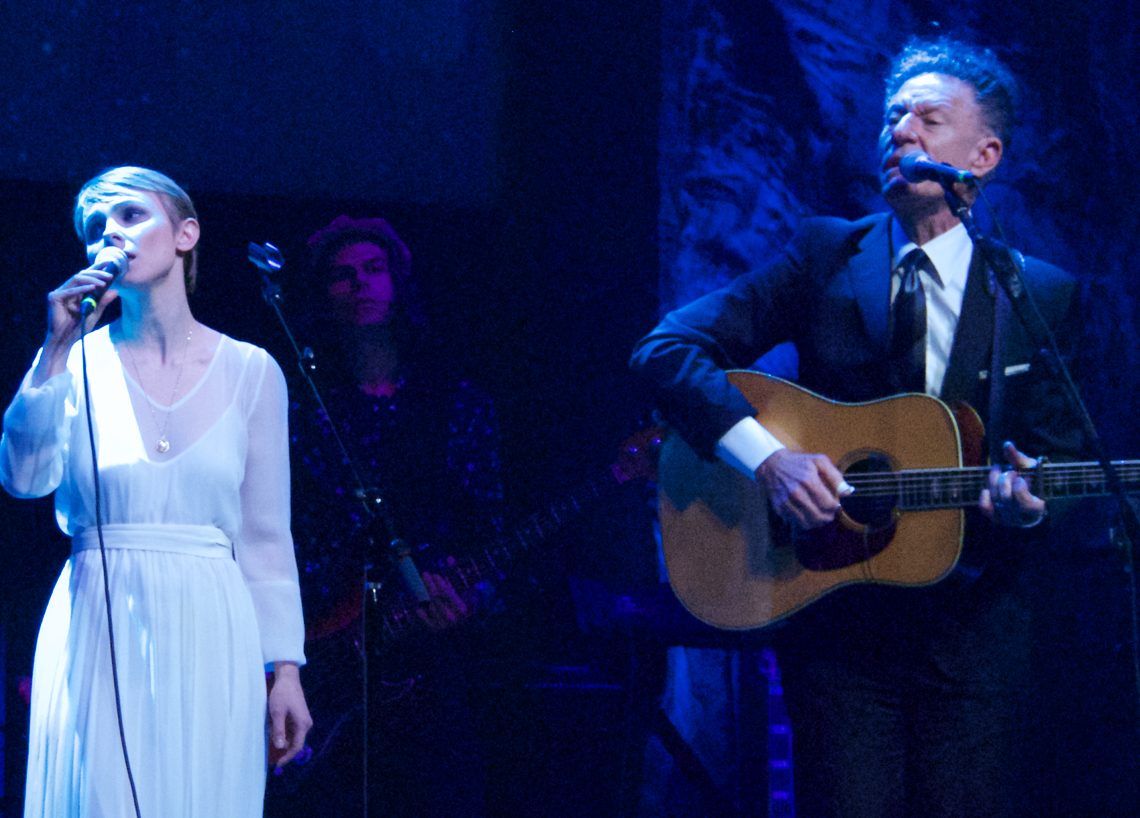 Kat Edmonson and Lyle Lovett singing Townes Van Zandt's "If I Needed You" at the Austin Music Awards. (Photo by Lynne Margolis)

The Pretenders’ Chrissie Hynde was the “surprise” superstar musical guest at the Austin Chronicle’s 35th annual Austin Music Awards, held Sunday night at ACL Live at the Moody Theater, but the night belonged to nationally known Austin and Texas talents, from Terry Allen to the Trishas.

Lubbock-raised keyboardist Allen was presented with the first Townes Van Zandt Award in honor of the beloved Texas-born songwriter, who passed away 20 years ago. The Trishas, who rarely perform together these days, delivered the night’s most poignant moment with their showstopping gospel song, “Rise Above,” which contains the line “Gonna stand on my feet/and rise above this pain.” Then band member Savannah Welch, who lost her right leg in November after being hit by a runaway vehicle, led a segue into “With A Little Help from My Friends.” 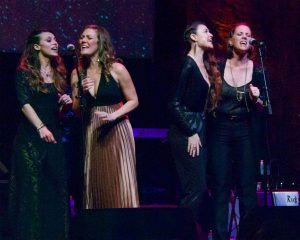 For that song, the finale of a “Femmes for SIMS” tribute to Austin’s mental health organization for musicians, they were joined by previous performers Kelly Willis, the Heartless Bastards’ Erika Wennerstrom, the Bluebonnets (Kathy Valentine, Dominique Davalos, Eve Monsees and Kristy McInnis), Jackie Venson, LouLou of the Thievery Corp. and Night Glitter, and Carolyn Wonderland. The combination of dynamic vocals and badass guitar solos earned the night’s first standing ovation.

Ironically, a slide-show introduction to a later Texas songwriter tribute featured not one female, though jazz-pop chanteuse Kat Edmonson did duet with Lyle Lovett on Van Zandt’s “If I Needed You.” They followed Gurf Morlix and Ben Dickey performing Blaze Foley’s “Clay Pigeons.” Dickey stars as the late songwriter (and awards house band leader Charlie Sexton plays Van Zandt) in the Ethan Hawke-directed biopic Blaze, which sneak-peeks Tuesday as a South By Southwest Film event. 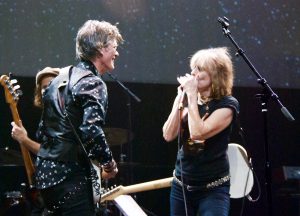 Charlie Sexton with special guest Chrissie Hynde, who hit the Moody Theater right after her band, the Pretenders, opened for Stevie Nicks at the Frank Erwin Center. (Photo by Lynne Margolis)

For the first time, no artists nominated for “best” awards performed; in fact, Musician of the Year winner Hayes Carll was absent altogether (along with announced performer Steve Earle and ailing house band bassist and Best Bassist winner George Reiff). And Ray Wylie Hubbard, who presented Carll’s award and accepted on his behalf, was listed as a performer but did not play. But the performances that did occur were stellar, as usual.

Lukas Nelson gave a powerful rendition of “Amazing Grace,” aided by Sexton and Trisha Kelley Mickwee, before presenting his aunt, Bobbie Nelson, with a Hall of Fame award. And though Allen said he wished his unavailable “little brother,” Lloyd Maines, could have joined him onstage, he called out Joe Ely, who presented his award, to add vocals and harmonica to a feisty “New Delhi Freight Train,” aided by Allen’s kids — noted keyboardist/accordionist Bukka and percussionist Bale.

“I’m very honored to be the first recipient of it and especially honored that it’s Townes Van Zandt,” Allen said as he accepted the award. “Townes was one of the true cornerstones of American music. He was a brave writer and a true heart. And crazy as hell. So how perfect can you get?”

Allen said he thinks of musicians and artists as family, and mentioned how many have been lost in the past year. “But we haven’t lost the music,” he added. “I think in these wicked times, [at least] music is still around to give us courage and save our lives.” 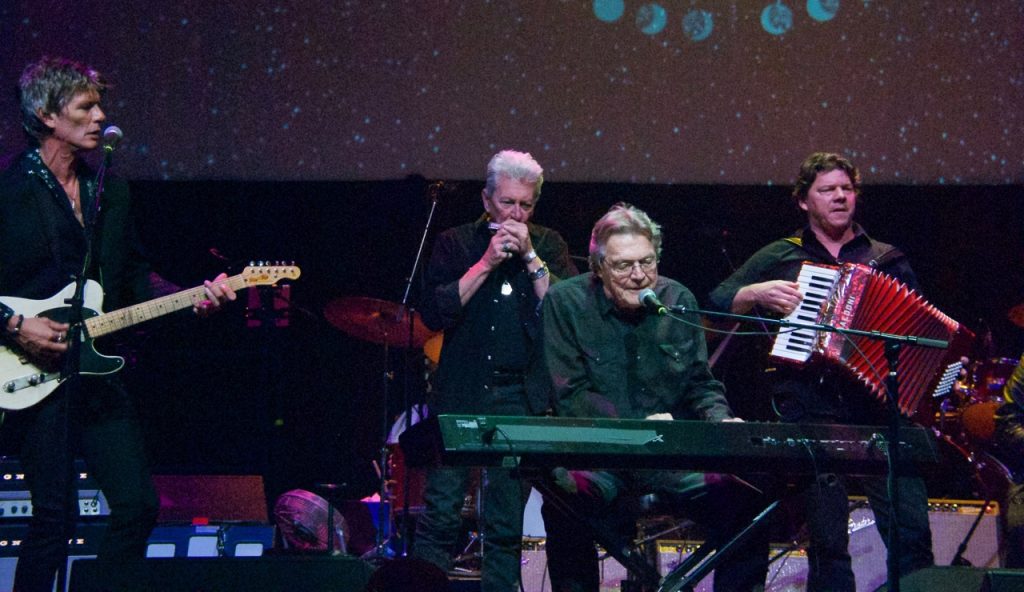 Among the night’s other award winners were Shinyribs for Best Blues/Funk/Soul band; A.J. Vallejo for Best Guitarist; Warren Hood and the Tosca String Quartet in a tie for Best String Player and Mike Meadows for Best Drummer/Percussionist. Best New Austin Band and Best Female Vocalist went to Jane Ellen Bryant; Best Austin Band went to Calliope Musicals. In addition to Musician of the Year, Carll also won Best Songwriter, Best Male Vocals, Austin Song of the Year (for “Sake of the Song”), and Best Album Art and Austin Album of the Year (for Lovers and Leavers).