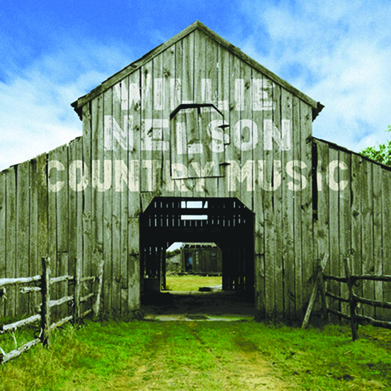 For his first album on Rounder Records, Willie Nelson and producer T Bone Burnett attempt to do for country music what the Red Headed Stranger’s landmark Stardust did for standards: put the definitive Willie stamp on songs that are already classics. The title at first glance seems a tad obvious, but it’s true to the casual, unfussy spirit of the record. Nelson is famous for his spontaneity, often releasing an entire album of first takes, and that seems to have been the rule here. To his credit, Burnett — hot off such recent successes as Robert Plant and Alison Krauss’ Raising Sand and the Oscar-winning Crazy Heart soundtrack — gets a satisfying result out of Nelson on each of these 15 hand-picked tunes. Only Willie’s trusty guitar, Trigger, and harp player, Mickey Raphael, are on board from the Family Band, with the rest of the session players — including guitarist Buddy Miller — pre-assembled by Burnett. But Nelson sounds very much in his element and holds his own for the bulk of the album. Song choices range from the predictable (“Satisfied Mind,” which has been covered recently by everyone from David Fenley to even the late Johnny Cash) to the obscure (“House of Gold,” an under-exposed nugget from the great Hank Williams).

So, bottom line, is Country Music worth your time and money? The short answer is … sure, why the hell not? It’s Willie. Granted, these past few years have found our hero often going through the motions; but take it from a veteran of more than 100 Nelson concerts and the proud owner of all 400-plus of the man’s albums: This is a good Willie record. That said, though, you probably won’t listen to it as often as, say, Red Headed Stranger. And if you do, you’ve been smoking some better weed than you-know-who. — DALE MARTIN

Next post Merle Haggard: "I Am What I Am"