Willie and more than 50,000 friends rally for Beto in Austin Nelson premieres new "Vote 'Em Out" song in front of massive crowd at "Turn Out for Texas" event for senate candidate Beto O'Rourke 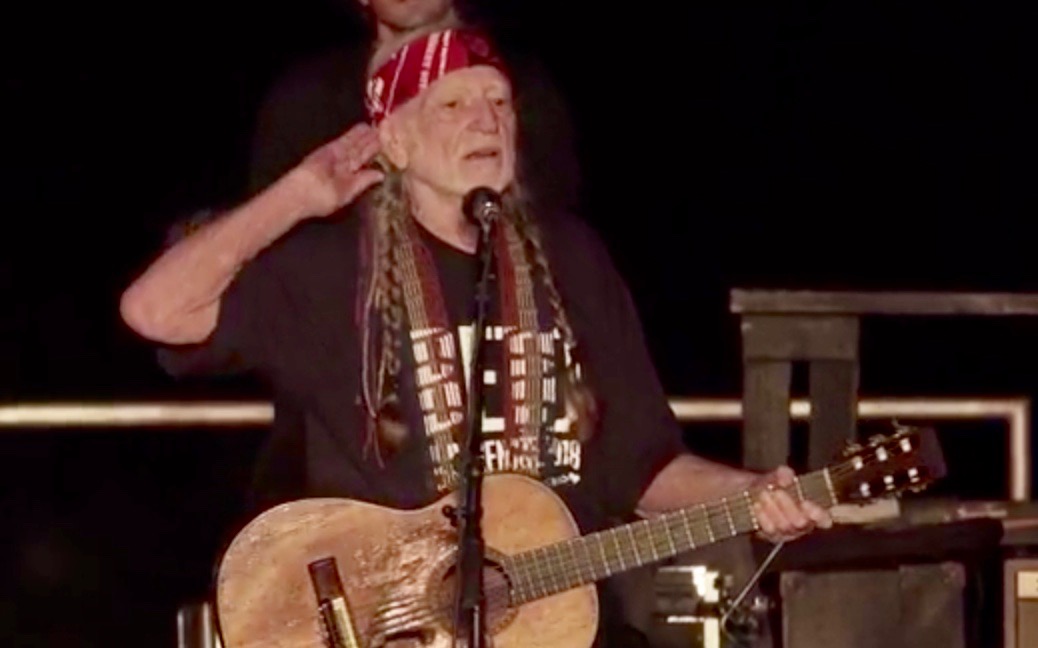 Willie Nelson at the Turn Out for Texas Rally for Beto O'Rourke in Austin on Sept. 29, 2018. (Screen grab from Beto O'Rourke's FaceBook Live video)

When it was announced a few weeks back that Willie Nelson would be performing at a rally in Austin for Democratic Texas U.S. senate candidate Beto O’Rourke, the conservative-stirred tempest in the social media teapot suggested that the beloved Red-Headed Stranger was hemorrhaging disgusted fans of the “shut-up and sing” variety by the thousands. But based on the size of the crowd Nelson played to Saturday night at Austin’s Auditorium Shores, a case could be made for making the progressive congressman from El Paso his go-to opening act cross country. The free event drew an estimated 55,000 people, which the Wall Street Journal deemed the largest political rally for a single candidate since “at least 2016 presidential campaign.” 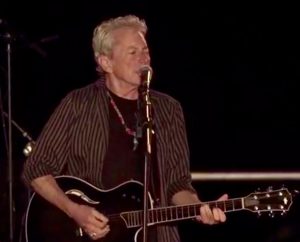 Cruz, of course, is the Republican incumbent O’Rourke is running against in the tight race; different polls vary as always, but the two candidates are all but tied heading into the November mid-term elections. O’Rourke is still considered the underdog, though, given Texas’ decades of being one of the reddest of red states in the nation. But even before the former punk rocker’s surging grassroots campaign started sparking liberal hopes (cautious or full-on) about a coming “blue wave,” Austin has long been an exception to that rule — a point of pride for many reflected not just in the comments by both councilman Casar and Austin mayor Steve Adler, who spoke earlier in the evening, but in the sea of “Beto for Senate” signs, T-shirts, and buttons surrounding the stage and going all the way to the edge of the park and beyond, with thousands of people watching from a hill across the street. 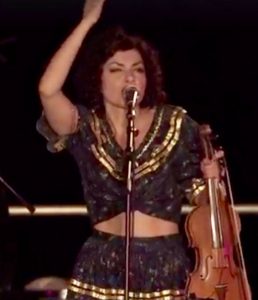 Save for Casar and O’Rourke, all of the speeches came at the start of the rally, with emcee Turk Pipkin introducing Adler who was followed in turn by Texas attorney general candidate Justin Nelson (no relation to Willie, as Justin himself noted sadly), and U.S. Representative (and Austin native) Lloyd Doggett. After that it was all music for the better part of two hours, beginning with a three-song solo acoustic set by Joe Ely and followed by slightly longer full-band sets by Carrie Rodriguez (singing in both Spanish and English), Austin soul queen Tameca Jones (exclaiming “We are hot and bothered for Beto!”), and Fort Worth’s Grammy nominated R&B/soul man Leon Bridges (repping his neck of the Lone Star woods with a Texas Rangers jersey).

Set changes between each act were relatively quick, with the PA pumping out canny picks like Marty Robbins’ “El Paso” and the Clash’s “Clampdown,” which O’Rourke famously alluded to during his first debate with Cruz earlier in September. But apart from token shout-outs to Beto, like Jones’, none of the performers cut into their own stage time to talk politics — though Ely and Rodriguez at least tailored their set lists to suit the occasion. Ely opened with the Flatlanders’ “Borderless Love,” which naturally netted a huge cheer with its “there’s no need for a wall” refrain, and his long-time crowd favorite “All Just to Get to You” in this setting rang like a Beto campaign anthem (given the candidate’s oft-trumpeted commitment to visiting every county in Texas). And Rodriguez’s “Llano Estacado,” a sobering account of a migrant family’s trials upon crossing over to the “land of opportunity,” felt particularly apt, its empathic notes echoed later in O’Rourke’s own impassioned words on the plight of immigrant families and children under the current administration. 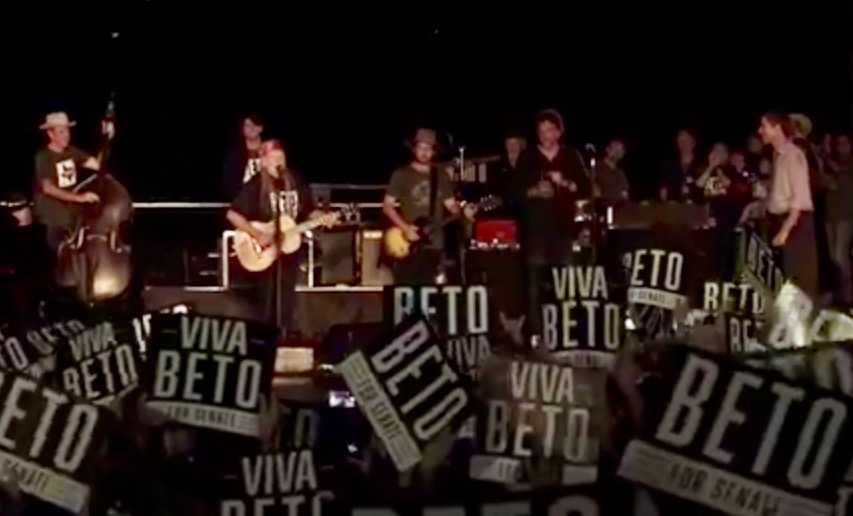 Taking the stage shortly after 10 p.m., O’Rourke spoke for only 15 minutes but likely could have held the crowd on his own for another hour or two. To call the 46-year-old senate hopeful the night’s true headliner and main attraction would be an understatement; indeed, from an elevated vantage point of the Long Center lawn across the street from the park, hundreds of people could be seen leaving for their cars to beat the traffic even before closer Willie Nelson was finished singing “Whiskey River.” But the 40-50,000 who stayed to the very end (right around 11 p.m.) were treated to a fun-sized Willie set that found the legend in strong voice and good, spry spirit, playfully tossing his Beto baseball cap to the crowd a couple of numbers in and inviting the candidate back out to join him and the family band (featuring sister Bobbie, sons Lukas and Micah, and of course harmonica player Mickey Raphael) in singing “On the Road Again.” Granted, that move was pretty much expected, even for fans who hadn’t already witnessed Nelson and O’Rourke onstage together earlier this year at Willie’s Fourth of July Picnic. The real surprise came at the very end, right after “Will the Circle Be Unbroken.”

“Here’s a new song I want to spring on y’all tonight,” Nelson told the crowd. “Take it home with you, spread it around …”

That new song, a sing-along ditty called “Vote ’Em Out” reminiscent of Woody Guthrie at his most playful, likely won’t ever be ranked amongst Willie’s best. But it felt both timely and timeless, as much of a rallying cry for Blue Wave dreamers and “Resistance” marchers as a pointed reminder to the idealistic Betos of the world that, even if they win, the people will still hold them accountable to hold up their end of the bargain.