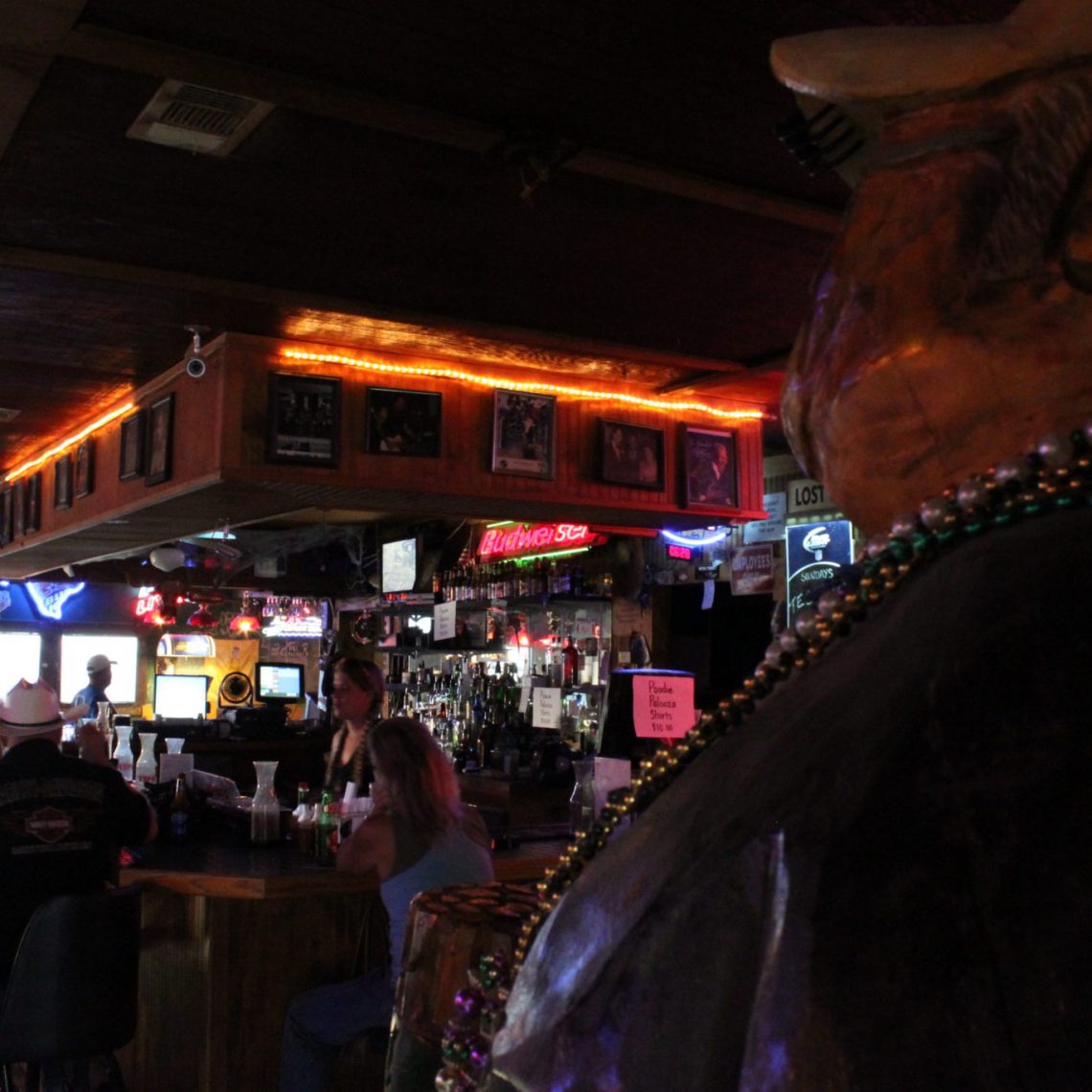 Tucked away in the rolling hills just west of Austin sits a rockin’ little joint called Poodie’s Hilltop Roadhouse. To locals, the Hilltop is where you go on a hot, late summer afternoon to grab one of the coldest beers in Texas and to enjoy the infamous “Poodie Burger” on the recently renovated deck that looks out over the picturesque Hill Country. To outsiders hungry for live music, it’s a scratch off the bucket list; they come from miles around to catch live music from not only some of their favorite artists, but also to discover brand new talents. And for musicians, young or old, that roadhouse is hallowed ground. That’s exactly what Randall “Poodie” Locke envisioned when he opened his namesake bar in Spicewood, Texas, back in 1996. 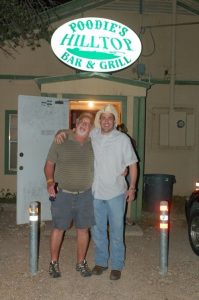 As Willie Nelson’s road manager for 34 years, Locke opened the Hilltop so he and other members of the crew had a place to hang out between tours. Not too long after opening, Poodie started booking up-and-coming bands that he met on the road. Almost immediately, the Hilltop stage was hosting legendary artists such as Nelson, Billy Joe Shaver and even Dave Mason (of Traffic fame) and bringing in relatively new acts (at the time) like Pat Green, Cross Canadian Ragweed and Reckless Kelly. Over the years, many big name celebrities have frequented the Hilltop and even stepped onstage. Billy Bob Thornton became a regular, whether he was with his own band or just hanging out. Ron “Tater Salad” White even hosted a four-show run in 2009 to test his new material before going out on his “Behavioral Problem” tour. Every now and then you might catch Dennis Quaid at the bar or Johnny Knoxville passing through.

Being on the road for weeks at a time and trying to balance his obligations to Willie and his responsibilities at the Hilltop, Locke brought in Walter Klein and Sharon Burke from Chicago as investors in 2006 to help maintain day-to-day operations. Klein and Burke were not new to the music industry; the married couple had just sold a very successful music venue in Chicago that Klein built from scratch, and the timing of the partnership was perfect. But just as they started seeing the efforts of their new partnership payoff, tragedy struck when Locke suddenly passed away from a massive heart attack in May 2009, and then again when Klein died in January of 2010.

Losing one of the most influential and charismatic personalities in music and her husband within a year of each other was a devastating blow, but Burke pressed on, determined to honor both men by keeping the roadhouse they both loved so much hopping. In fact, she now books live music at Poodie’s seven days a week.

Jack Burnett, a frequent Hilltop patron, praises the exciting new changes that Burke has brought to the Hilltop while still keeping it true to Poodie’s original vision. “From the Texas Songwriters Showcase every Monday to Sunday afternoons with Tessy Lou Williams and the Shotgun Stars, you can go to the Hilltop and hear great music every day,” he raves. “Plus, you never know who might walk through that door any given night!”