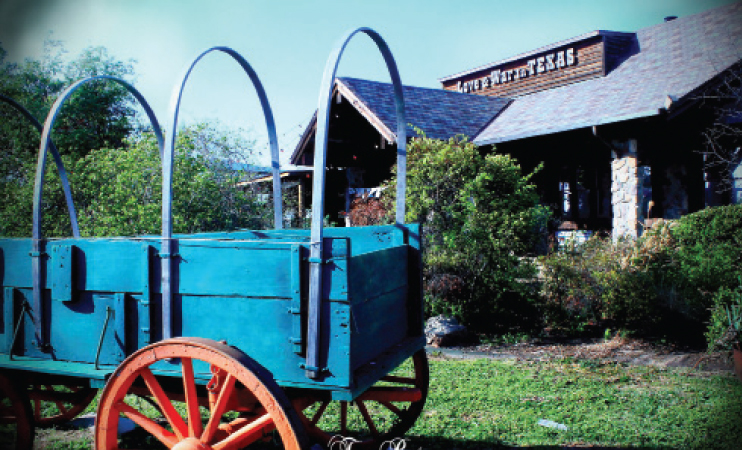 A taste of the Texas Hill Country is pretty much the last thing one would ever expect to stumble upon in the concrete heart of Plano, Texas, the silicone and shopping-heavy suburb just north of Dallas. But thanks to Love & War in Texas, opened in 1999, just off of Interstate 75, every Sunday during the spring and summer, residents of North Texas can grab one of the picnic tables on the tree and awning-covered patio and not have to wish they lived three or four hours south of the Metroplex.

“There’s a Luckenbach and Hill Country feel placed in the middle of this metropolis,” explains the owner of Love & War in Texas and Hill Country native Tye Phelps. “If Captain Kirk from Star Trek beamed you down to a Shiner Sunday, you would never guess you’re in Plano.”

Although there’s a second location in Grapevine, near D/FW Airport (opened in 2004) with a spacious, outdoor beer garden that hosts live music a couple of times a week, the Plano spot undoubtedly remains the flagship of the Love & War in Texas stable, thanks in large part to the enduringly popular Shiner Sunday concert series. Held only at the Plano location, the series kicks off on the last Sunday of each March and rolls into the summer heat, ending just as Dallas Cowboys season kicks into high gear. Dallas honky-tonker Kevin Deal played the first one in 2000, and for a time, the series mainly featured names that were most familiar to North Texans. But as word spread, it wasn’t long before talent from the rest of the state started lighting up the Love & War stage. In recent years, it’s become commonplace to see 400 or more folks turn out week after week and pay a $10-$15 cover charge for the likes of Dale Watson, Two Tons of Steel, the Derailers, Jason Boland, Cory Morrow, Aaron Watson, Charlie Robison, Reckless Kelly, and Hayes Carll. The concerts run from 3-5 p.m. and are broadcast live on Dallas’ KHYI 95.3 The Range throughout the season.

The legendary Gary P. Nunn has been a regular Shiner Sunday performer for 10 years now, and according to Phelps, Nunn has played more Sunday afternoons on the patio than anyone, which is extremely fitting. When Phelps was floating down the Frio in the late ’90s, dreaming up the idea for the restaurant, he specifically hoped to create a space that Nunn himself would want to hang out at when he came to town. As fate would have it, Phelps’ hope has become reality. “Starting from scratch, Love & War in Texas has become the center of the Texas music universe in the D/FW area,” says Nunn. “From my point of view as an artist, it’s absolutely the perfect place for an outdoor performance, and Shiner Sundays are the ice cream on the pecan pie!” 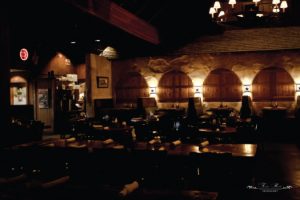 In addition to the Shiner Sundays, Love & War in Texas also showcases live music througout the rest of the week, too, and the restaurant itself, with its regionally divided Texas-focused menu, is worth the trip alone. Offerings include favorites like  every Sunday’s all-you-can-eat beef ribs fest, which goes from 11 a.m. “until they’re gone!,” and the Athens Original Hamburger (from the “East Texas” section of the menu; it features a fresh-baked jalapeño cheese bun and comes with a side of the occasion-appropriate Shiner Bock Beer Beans). Ice-filled buckets and frosty mugs of beer and subversively strong margaritas prove another popular attraction for Love & War regulars, whether there’s music on the day’s menu or not.

But really, if you want to experience Love & War in Texas at its best, it’s all about those Shiner Sundays. In fact, the size of the concert series’ success matches up with the large-scale hopes that Phelps had as he named the venue over 13 years ago.

“I wanted to have a name that sounded as grandiose as the state itself actually is,” Phelps explains. “I wanted the name to sound like a movie.”

One can swing by on any summer Sunday to see how happily the movie ends each week.