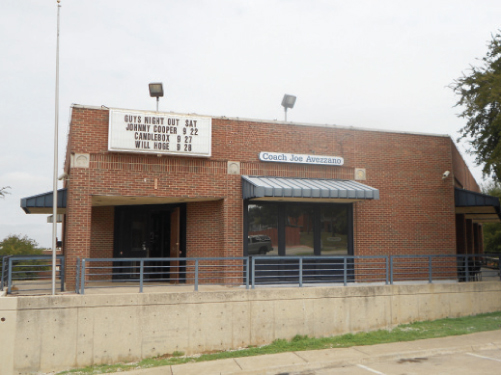 Earlier this year, on April 5 to be exact, the life of Lewisville’s sports bar and live music venue Coach Joe’s Hat Tricks drastically, and tragically, changed forever. The former dart-league hot-spot that has functioned as one of the more creatively booked venues in north Texas lost its primary owner, former Dallas Cowboy’s assistant coach Joe Avezzano, to a heart attack while he was spending a bit of time overseas coaching an Italian team playing American football.

“Coach Joe” was certainly the beloved, gregarious public face of Hat Tricks, but now the momentum of the suburban hideaway lies within his son and long-time business partner, Tony Avezzano. While he’s handled much of the day-to-day running of the business in the nine years they’ve owned the venue, Tony is now solely charged with leading his team into a future without the man who was always willing to show off one of his three Super Bowl rings to Cowboy fans who visited Hat Tricks from all over the world to say hello.

“Dad and I are so different when it comes to the whole public-face aspect,” admits the soft-spoken Avezzano. “Pops loved meeting everyone and making introductions from the stage, and I couldn’t be more opposite of that. I have to let our product do all the speaking now, because I can’t fake what my Dad did.” 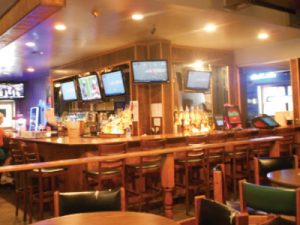 Avezzano knows that just like the show, life itself must go on. But for the staff at Hat Tricks, that doesn’t mean merely keeping everything the same. Since the passing of his father, Avezzano’s mother Diann implemented an Italian-themed happy hour buffet to compliment their already popular and insanely delicious selection of pizzas. The added touch of their own Italian heritage is something Mrs. Avezzano dreamed up for Hat Tricks while in Italy with the Coach shortly before his death. During his youth, Tony would watch his dad coach on Saturdays and Sundays as his mother cared for a savory sauce in the kitchen at home. Today, he draws on such precious family memories to make Hat Tricks a place that represents his vision and his family.

“It’s just like the music we book — we bring in what we like and we think is good,” he says. “We made hundreds of batches of pizza dough before we really figured out what we wanted to do with it.”

While the servers and the bar staff are as friendly as can be, and the price for a cold bottle of Lone Star and a shot of Jim Beam are lower than your average bar in the area, you’d be hard-pressed to find a place this size anywhere else in Texas that brings in as diverse an array of musical talent on a regular basis. Recent months have seen acts such as alt-tockers Fuel and Filter pack the 300 seat venue, along with Houston rapper Chamillionaire and even Coolio. The Digital Underground (yes, that Digital Underground) played Hat Tricks in May for Avezzano’s yearly Birthday bash. Of course, Hat Tricks is rarely as lively as it is when the likes of Stoney Larue, the Reverend Horton Heat, Brandon Jenkins, Adam Hood, or Cody Canada hit the stage. A recent stop on Randy Rogers and Wade Bowen’s popular “Hold My Beer and Watch This Tour” made Lewisville the hottest spot in the Metroplex.

When it comes to the mix-tape list of acts he books, Avezzano has a pretty simple philosophy behind his own method.

“All of us who grew up during the MTV generation grew up on such a wide variety of music,” Avezzano says. “I just want to book bands I think are cool. You don’t just delete music from your earlier years simply because you’ve grown up a little. People still want to see the bands that they loved in high school.”

All in all, the business plan for the post-Coach Joe era of Hat Tricks couldn’t be simpler, according to the son-in-charge. “We’re going to do what we enjoy doing and continue to hope others enjoy it, too.”