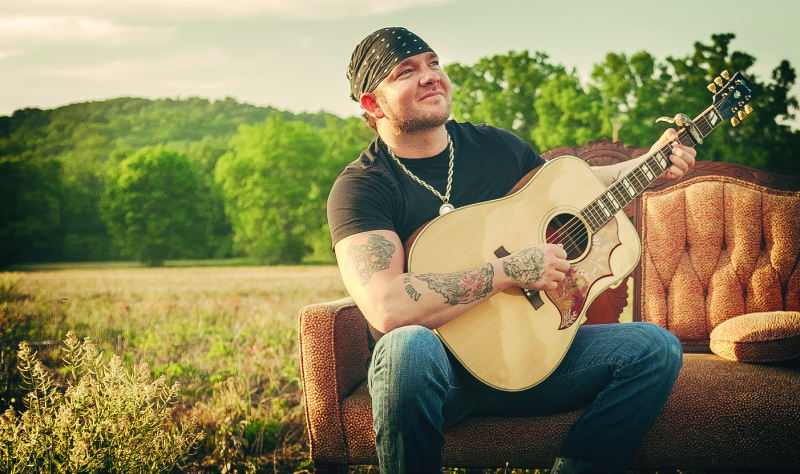 A lot has happened to Stoney LaRue since the August 2011 release of Velvet, the startlingly mature statement that proved — six long years and two live albums after his last studio record — that the Texas-born, Oklahoma-reared reveler wasn’t content to spend the rest of his career beating his “One Chord Song” and the fistful of other originals off of 2005’s The Red Dirt Album into the ground.

Velvet, most of which LaRue co-wrote with fellow troubadour Mando Saenz, signaled a promising reboot for LaRue. But it also marked the beginning of a number of other life changes. His marriage fell apart. He moved to a loft in Oklahoma City. He learned to be apart from his children. He also changed band members and spent a lot of time reconsidering what he wanted to do onstage. 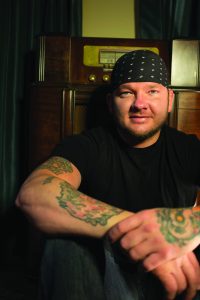 Mostly though, he kept writing — striking while the creative iron was hot even as other aspects of his life were in flux. The results prove that the growth so evident throughout Velvet was no fluke. Where Velvet hinted at life and thought beneath the surface, the new Aviator (once again co-written with Saenz) digs even deeper into the human condition — and works at not telling people how to live, but rather proving that in the mistakes made, the incremental victories, vulnerable connections and next-right things, there’s an even richer experience to be had.

“It’s not necessarily how you planned it,” LaRue explains, as much about life as music, songs, and making records. “But you have to keep growing, have to know that it’s up to you … You’re gonna have to decide what you’re gonna do, or else it’s just gonna happen and it’ll keep happening.”

Talking in ellipses isn’t a means to inscrutability. Though acclaimed as a hardcore good-timer, LaRue thinks more than you’d imagine — and embraces the notion that if life doesn’t always bend to your will, you can still have a hand in how your life turns out. It’s not quite Buddhist, but there’s the notion of presence and awareness underneath much of what he writes: Aviator’s “First One to Know” considers the wreckage of the flaws of a common man trapped in his mortality, knowing he is better and suggesting that his partner does, too:

“I guess we’re all just getting older
Looking back at time over our shoulder
Right or wrong, there’s too sides to every song
If I’m not acting like myself lately, doing things that I don’t
I’m not sure why you want to hate me, it’s just a spell I suppose
When I’m back to my old self again, my love,
You’ll be the first one to know …”

“It’s been a couple years,” LaRue acknowledges. “A lot of changes. A lot of stuff that’s just, well, that’s the living of it … and the learning. Trying to understand, to be a better man, to get stronger and clearer. And you don’t always realize even in the middle of it, but you keep trying to get better. Hopefully, you do.”

The quest and the seeking. It led a guy who could’ve spent years sowing industrial-strength good times and making a fine living doing it to Nashville — the home of “the enemy” — to consider the differences between what he was doing and what he might.

He found Frank Liddell, who produced raw-life songwriter Chris Knight’s first two records, as well as Miranda Lambert’s Country Music Association Album of the Year winners and the Pistol Annies’ No. 1 Billboard Country Album debuts. Liddell, a Houston-born, University of Texas at Austin-educated music man, ain’t typical. He looks beneath the surface to see what might exist beneath the public face.

“That party, Red Dirt stuff — the ‘One Chord Song’ deal … I get it, and I get why it works, but it doesn’t interest me,” Liddell admits. “But he’d come up here, and I’d see him. We’d talk. Finally I took him into S.I.R. with (drummer) Chad Cromwell and (bassist) Glenn Worf, just had them jam and rehearse — and I saw the truth: there’s a much deeper artist here. “In a world where someone slaps you in the face every two seconds, there’s a subtlety,” Liddell continues. “That interested me. I saw elements of Willie Nelson, Van Morrison, even Merle Haggard. That’s why the two drummers: what was going on in the music when I really listened called for that.”

With Randy Scruggs on acoustic guitar and Glen Duncan on fiddle, mandolin and acoustic setting the bar for musicianship, Aviator maintains the warm intimacy of Velvet. But if Velvet felt like a shift, Aviator seems lived-in, more comfortable.

“I know all these guys now,” LaRue acknowledges. “And I think they know me, too; maybe have a better sense of what I’m trying to get to.”

Not that LaRue is reticent, but unlike so many Type A fame-mongers, he’s not prone to going on and on about his process, his meaning, the reasons he does the things he does. He may sit on a barstool and be the most hale-fellow- well-met when he’s out, but he keeps the brooding inside his soul for his songs.

Beyond an exhaled take on Haggard’s “Natural High,” LaRue embraces themes of trying to maintain dignity in the ennui and the rough patches. “Golden Shackles” is classic “Big City” Hag, while “Still Runnin’” mirrors Haggard’s stoic face to the sun, making due in a bottomless vat of heartbreak.

Ruminative, but romantic, just enough bad boy to keep the edge that brought him, it’s quite a line to walk. Rodney Crowell, no stranger to Texas outsiders, has compared LaRue to Waylon Jennings, a badass with a tender heart.

“I didn’t see it when I heard that,” Liddell says. “But then I thought about it — and Rodney’s right. Like Waylon, Stoney and Mando write these songs in his own way, looking at stuff beyond the surface — and they don’t apologize for any of it. He’s not kicking up dust to kick it up, and there’s a whole lot of thinking beneath the surface.

“You may not realize it talking to him, but all you have to do is listen to the songs,” he continues. “I work on these songs over and over. And as we do, long after Stoney’s gone, they reveal themselves in different ways. It’s funny, but when I finish his records, I realize I am more mystified by these songs than I am any other records I work on — and that mystery intrigues me.”