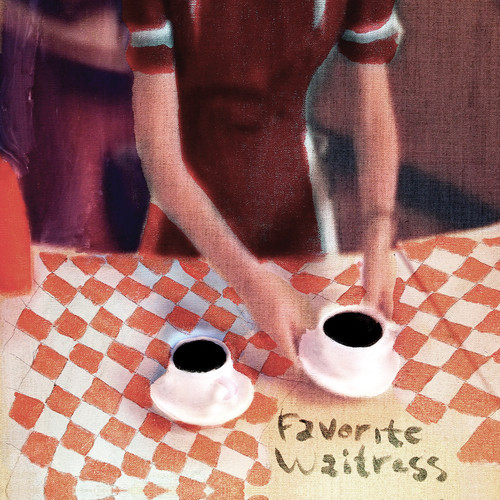 The Felice Brothers from Woodstock, N.Y., haven’t ever — and likely will never — be accused of being an outfit overly concerned with crafting the tightest arrangements or sticking technically close to a precise style. While the Brothers’ ramshackle 2008 self-titled album rightfully gained them initial notoriety, the group, led by vocalist and primary songwriter Ian Felice, has been recording and touring since 2005. Since becoming a favorite on the festival circuit, the Felice Brothers have been insanely unpredictable, producing some great and not-as-great moments over their past three releases. But the thoroughly enjoyable, jangly new record, Favorite Waitress, the follow-up to the oddball sonic pot-luck that was 2011’s electro-tinged Celebration, Florida, is arguably their most cohesive album to date. It’s a fun record, too, and one with a definite Springsteen-inspired smirk on its face. A somber piano washes over the delicate yet rough-hewn “No Trouble,” carrying with it a distinctly “Thunder Road” earnestness; and the nod to New Jersey’s favorite son is hammered home even more in “Saturday Night,” with possibly the band’s most whimsical lyrical turn ever. “I ain’t the Boss, but I’m his illegitimate son,” Ian’s raspy croak groans, “‘cuz baby, I was born to run.” Indeed, this band was born to run around all expectations. – KELLY DEARMORE