The Devil and Mr. Durham Lincoln Durham’s evolution from opry kid to dark man of the blues 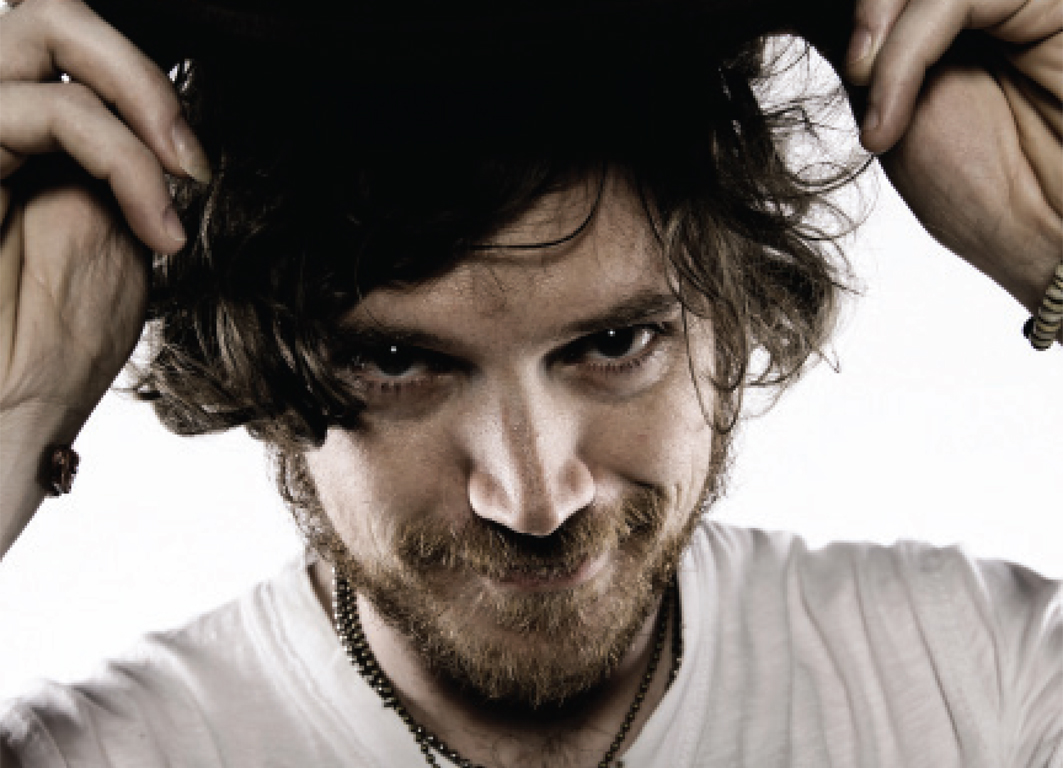 We can spare the poor guy the embarrassment of digging up incriminating photos, but there’s no escaping the fact that, onceuponatime in the mid-80s, little Lincoln Durham used to be pretty damn adorable onstage. 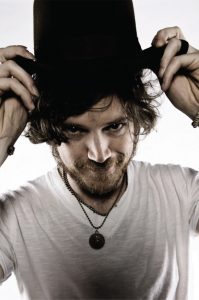 “I was playing in a little opry band that I started when I was literally about 6 years old,” recalls Durham some 26 years later. “It was probably pretty ridiculous looking, because the other guys were in their 50s and 60s. The opry was this old, turn-of-the-century school house out in this town called Osceola, Texas, about five miles away from Itasca where I grew up. We would play every third Saturday or something like that, and all the old people in town would sit in these folding chairs and there’d be popcorn and Coke. The lead guy loved Hank Williams, so that’s primarily what we did, all covers. But I was a super, super bashful kid, so I wouldn’t look at the audience when I played; I’d kind of turn to the side, never showed any emotion, and just stood there like a stick and played the fiddle.”

That was then, and this is now: Today’s Durham still plays the fiddle (the same one, in fact, that his father made for him when he was 10), but he doesn’t just stand there and shyly play old country tunes for the blue-haired set. He uses it the same way he does his Resonator guitar, blues harp, stomped-to-hell porch board, and whiskey-coated raspy growl: they’re all part of his one-man-band arsenal, an exorcist’s kit bag for channeling, purging and dancing with demons on a nightly basis. The very same demons captured on his self-released full-length debut, The Shovel [vs] the Howling Bones.

“That title came to me in the shower, where I probably do some of my better thinking,” says Durham. “It’s about self-destructive behavior — about kind of building up your dreams, but then tearing them down in the same motion. It’s a perpetual circle of wanting to bury yourself, but you’re howling and contesting your own burial at the same time. I wanted a title that described the overall feel and theme of the record, which was just kind of a detailed but vague story of my life up to that point.”

Durham doesn’t sound like or even come across as all that self-destructive or tortured in person, at least when he’s not onstage. He’s amiable, soft-spoken, and still has a bit of doe-eyed youthful innocence that peeks out from underneath his mop of curly hair and scruffy beard. By day, he works as a graphic designer, freelancing for ad agencies in Dallas and Austin. “It’s what’s helping pay the bills right now,” he explains, “but it’s also just another creative outlet. I’ve always been as much of an artist as a musician.”

But he’s also long been a sucker for “dark, depressing things,” from the primal blues of Son House, Fred McDowell and Lightnin’ Hopkins to the Edgar Allan Poe poem that inspired The Shovel’s “Clementine.” “In the poem, he was talking to a dead girl as he looked down at her in the casket,” Durham says. “And I thought it would be neat to write a song singing from the casket: go on, live your life, that kind of stuff. I was really happy with that one, because it’s on the prettier side, but it’s still weird.

“I tend to revel in my own grief sometimes, but I’m really not like a mopey person that mopes around all the time,” he explains. “I’m just a happy dark person, you know? It’s like a Tim Burton movie: it’s got a lighter side, but it’s still kind of weird and off-kilter.”

His post childhood opry-band music wasn’t always as dark as it is today, though. When Ray Wylie Hubbard, who co-produced The Shovel [vs.] the Howling Bones with George Reiff, first met him back in 2006, Durham was playing in a duo with his first wife, Liz Foster. Musically, they made for a bit of an odd couple, with Durham playing what Hubbard describes as “Marshall Tucker rock” and Foster belting out “show-band soul.” Nevertheless, Hubbard took the duo (who went by the handle Liz and Lincoln) under his wing and they began working on an album. “It wasn’t real cohesive, because they were coming from such different worlds musically, but there was still something there and it was a really good record,” Hubbard recalls. But then the couple split up during the making of it, and all of the tracks were scrapped. Foster went on to join the Trishas, and Durham sequestered himself to retool as a solo act.

“When I started doing the solo thing, it was a lot more folky and singer-songwriter oriented than what it would later become,” he says. “We had actually already started making the solo record, but had to stop for a little bit when we ran out of time and money. I ended up spending about a year just getting in touch with myself, where I didn’t have a TV and I barely saw anybody. I would go a couple of weeks or so without ever really talking to anybody except for ordering food or something. And that time alone really helped me change what I was doing, and put me into a whole new direction. So by the time we started back up on the record again, it was kind of a whole different beast.”

His musical style had changed and evolved so much, in fact, that they ended up starting the record again from scratch. “When he came back, it was almost like he’d been to the crossroads,” Hubbard says with a laugh. “I don’t know what happened there, but he came back possessed … and it was right down my own alley.”

But now that the record is finished (and set for release on Jan. 24), Durham acknowledges that his musical direction might already be shifting again.

“It’s still growing,” he says. “Doing what I do now feels the most natural that I’ve ever felt in playing music. I feel at home. But at the same time, I’m always seeing what I want to do in the future. I’m in love with this record, but when I’m playing out, I feel like I’m already becoming something different than what this record is. I’m already excited to record the next one.”

Whatever that one sounds like, though, odds are his lyrics will still lean on the tortured, dark-night-of-the-soul side of the fence. Durham is happily married again (to longtime friend Alissa, whom he calls “the brains behind the operation” in regards to his career), but some things don’t change.

“For a while, I was trying to write a love song or a funny song,” he says. “Like Ray, he’s got dark songs and he’s got funny songs, and Hayes Carll does, too. But I figured out that I just can’t do it, because it’s not me. So I just decided to embrace who I am and write the way I like to write. So don’t come to my show looking to fall in love with someone. Realize if you come to my show, you’re going to hear a lot of music with a high death count.”