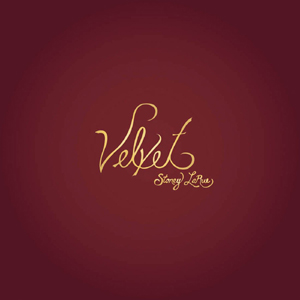 Stoney LaRue arrived on the crest of the last decade’s Red Dirt music wave and found himself an icon after one very independent record. When you’re working a motif of mystical drifter or rogue loner, the “gone” defines you, your wide-open heart and hand making you a blank slate of possibilities. And LaRue rode that reality hard. Six years passed and there was no new music (apart from a live album) to show for all the sold-out shows, burned-down nights and fans who clamored to be part of the movement. Trouble, though, is the longer you wait, the greater the expectations become.

“Dressed” — The first track on the long-awaited Velvet — opens with a marching drum corps rhythm pattern and an acoustic guitar picked by Randy Scruggs, demonstrating LaRue has come to stare down the barrel of that gun of expectation. He recognizes that while “drifter” is a romantic perception, rootlessness is tricky when one’s persona depends on it. What emerges over the 10 songs is the sense of a man not quite at home in the world, yet impossibly aware of his own foibles. Produced by Frank Liddell and Mike McCarthy in Nashville, this is hardly machined roots country — the sense of fingers on strings bleeds through, the two drummers tangling in each other’s rhythms adds a texture and resonance — yet it is still light years from his first organic record, 2005’s The Red Dirt Album.

Professionalism doesn’t have to cancel the musical chemistry. There is a dangerous sizzle to “Look at Me Fly,” a paean to the wages of being on the run and working without a net, that is terse, while “Travelin’ Kind” ambles with a loose shuffle and a melody that carries the notion of people who can’t grasp the lure of rambling. “Sirens” bristles with the need to bolt, the real-life outlaw swagger far smaller and more frenetic. Desperation infuses the dobro that whirls and blares over a beat that propels LaRue’s tension-charged vocal. Equally consuming is “Has Been,” about a stiff-lipped old love unwilling to accept that he can’t make the romance work, asking for one more try. With Jim Hoke’s steel guitar dripping tears and lava-lamp molten notes, the eternal hope in the midst of the knowing creates a juxtaposition to the dancehall feel of the track.

Knowing one’s limitations is what makes Velvet fascinating. The title track is built around the notion of wanting something, realizing the inherent wreckage of the desire and wishing to protect the beloved from the fall out. Vulnerable, aware, cursed and wanting, it is a complex cocktail of emotions tethered to an almost Buffalo Springfield-feeling acoustic guitar part and a few steel droplets for shimmer. Hesitant, yet unable to stay still, LaRue’s voice — frayed a bit at the edges, solid at the core — reaches out engagingly, “Come on down, but watch the first step/Don’t do anything you might regret/Cause you’re far too innocent … to suffer …”

LaRue co-wrote nine of the songs with Mexican-born, Texas ex-patriot Mando Saenz, lending Velvet a definite sense of cohesion. Affirming in its willingness to be broken, inspiring in its resilience, this is thinking man’s country, played from the heart by some of the very best musicians there are, and produced to keep the glop, slop and slickness off the tracks. Perhaps more people could take a lesson. — HOLLY GLEASON