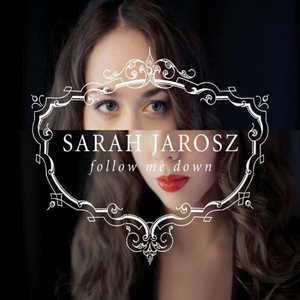 Most 17-year-olds wouldn’t have a clue what to do in a recording studio, much less pull off a Grammy nomination for a debut album they co-produced. To co-helm an even better follow-up, populated by some of the world’s brightest musical talents — before hitting 20 — is just about unheard of. Which is why Sarah Jarosz’s talent is almost scary to contemplate. If she’s already this amazing, what will she sound like in 10 years?

Maybe her career will unfold like that of Alison Krauss, though Krauss isn’t known as a songwriter. Jarosz already proved her prodigious songwriting skills on that debut, Song Up in Her Head, along with her equally massive vocal and mandolin/banjo/guitar-playing abilities. There’s just something wonderful about listening to her, something thrilling about the combination of maturity and unadorned freshness in her voice and music. She’s the kind of talent that’s so astonishingly real, you get the feeling she never had to study a note — though of course, she’s such a consummate professional already, you know she’s been studying forever. To be able to hold her own in the company of Jerry Douglas, Vince Gill, Dan Tyminski, Stuart Duncan, Darrell Scott, John Leventhal, Viktor Krauss, the Punch Brothers and Chris Thile (a friggin’ who’s who of string stars, plus Shawn Colvin and Sarah Siskind on harmonies) — and give them direction as well — that takes some self-assurance.

The Wimberley, Texas, rising star clearly has at least a little chutzpah; this time, she covers both Bob Dylan (the beautifully string-laden “Ring Them Bells”) and Radiohead (“The Tourist”). Her own gorgeous compositions range from the delightful instrumental “Old Smitty,” which would have been at home on Ken Burns’ The Civil War soundtrack, to the alluring “Come Around,” on which Bela Fleck’s banjo helps to build tension, further fueled by Casey Driessen’s strategic violin bowing.

Jarosz’s Radiohead-inspired “My Muse” is a moody masterpiece. The melancholy sweetness of her high notes, the way she almost sighs “my muse,” has the effect of a siren’s call, as if she’s the muse, inviting unsuspecting sailors toward those dangerous rocks. But it’s not a violent song at all; on the contrary, the melody has a very soothing quality. It’s a love song; she sings of contentment. Perhaps satisfaction with her life so far has allowed her to reach the heights she already has. If this album doesn’t earn Jarosz a Grammy, sooner or later, one will. And chances are that by the time she’s 30, it’ll have lots of company. — LYNNE MARGOLIS