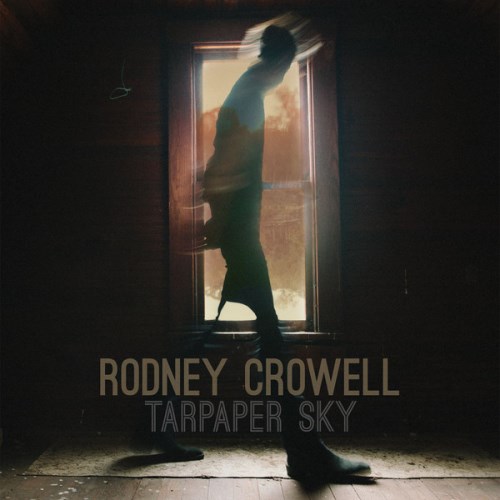 Rodney Crowell arrived on the mid-80s country scene a veteran of Emmylou Harris’ Hot Band, a producer of Rosanne Cash, and a writer of hits for Waylon Jennings, the Oak Ridge Boys and Bob Seger; if he was not a veritable Bob Dylan, he was at least a Kris Kristofferson. A raw-voiced poet who turned metaphor in original ways that scraped the marrow from life and offered them up via deadly accurate images — a la “The moments of pleasure/Never do last/Gone like a suitcase/Full of your past/Long gone, and in a hurry,” from “Ashes By Now” — he was the new breed of what country music was.

Writing with that much brio and exactitude, it’s easy to turn your records into temples of precision. While the Grammy-winning Crowell has crafted a handful of wondrous albums, ranging from acclaimed Americana releases like The Houston Kid and Sex & Gasoline to his 1988 mainstream smash, Diamonds & Dirt, which shot five songs to the top of the country chart, they’ve often felt perfected more than surrendered to the moment. And in their glorious flawlessness, a piece of the players’ jubilant combustion gets lost. Until now.

His new Tarpaper Sky opens with loose-wristed acoustic strumming, the brightness rising from the first bars of “The Long Journey Home,” a meditation on family, moments, and mortality that’s as savory and sweet as anything ever written. No lament, just the incredible euphoria of being — and knowing what is limited is more precious for every measured second. From there, Crowell slips seamlessly into the Creole saunter of “Fever on the Bayou,” a temple to desire and merging that embodies the swampy humidity of life on the Louisiana/Texas coast. Just as reckless and randy is the freewheeling thrust ’n’ stomp rockabilly of “Frankie Please,” a piano-slamming, bass-bumping juke-joint meltdown at the apex of build and release. Ditto the bawdy torture of want “Somebody’s Shadow,” all hip-cocked sex-on-display as the sax honks, the drums burlesque roll and the electric guitar alley-cat yowls. Even the Leonard Cohen/Randy Newman-esque “Famous Last Words of a Fool,” with its compassionary bridge from Shannon McNally, suggests that in lust there is hope — and in hope, love; all there is, really, so tumbling is inevitable in the rush of days.

But Tarpaper’s not all musk ’n’ romp. Palpable tenderness marks the hushed “God I’m Missing You,” faltering to grapple with the end of a relationship. Exhaled in places, this is how embracing the ghosts of not knowing and once-upon-a-time drifting through midnight can be. “Grandma Loved that Old Man” celebrates love in the cracks and broken places over a slow shuffle, holding the old man’s failings and flaws close as a watery Hawaiian guitar pools underneath. Then there’s the vintage country fidelity pledge “I Wouldn’t Be Me Without You,” as well as the sweeping send-off “The Flyboy & the Kid,” which evokes Guy Clark’s coziest.

A wheezing harmonica and loping campfire benediction settles Tarpaper Sky. “Oh, What a Beautiful World” catalogues the simple facts of life to create an arc of what can be, and what it is if we’ll see it. Having tasted great loves, defining music with collaborators from Emmylou and Waylon to Mary Karr and T Bone Burnett, Crowell’s been there and done that; now he just wants to enjoy the ride. It sounds glorious, indeed. — HOLLY GLEASON