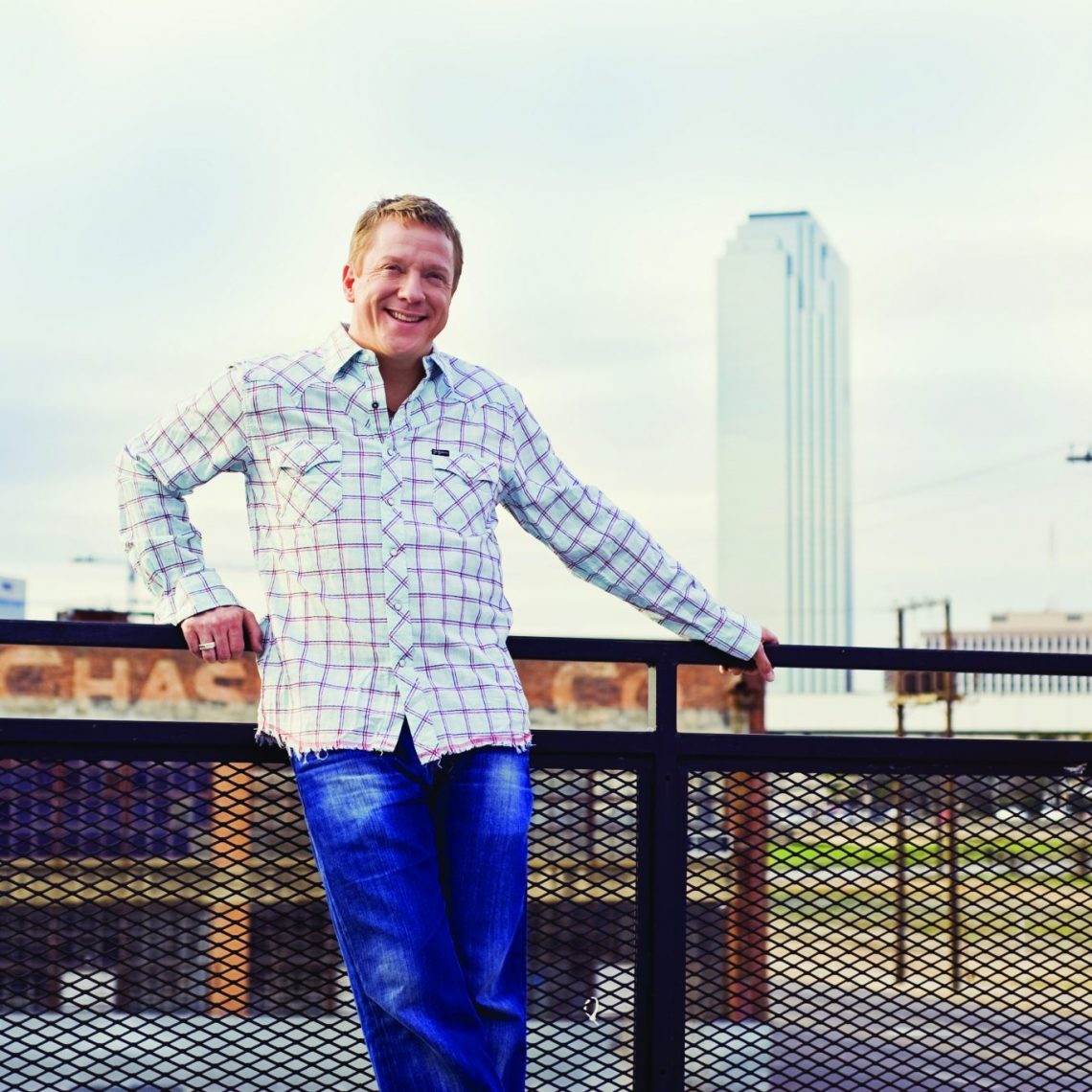 Two issues ago, we introduced LoneStarMusic’s “Readers Ask” column with the help of Texas country artist Brandon Rhyder and 20 of his most inquisitive fans. In the hot seat for our second installment is singer-songwriter Cory Morrow, who gamely asked his fans to submit questions to him via Facebook and at his merch table at his CD release shows for his latest album, the Lloyd Maines-produced Brand New Me (released Aug. 31 on Morrow’s own Write On Records). Here’s a handful of the answers Morrow — or “CoMo,” as he signed his name — in turn gave us. (Editor’s Note: Apologies to the fans who asked him “chocolate or vanilla” and “boxers or briefs,” but those didn’t make our cut. For the record, he answered “chocolate” and “both,” but c’mon — really, people?)

What was the first concert you ever saw?

Why did you decide to be a country artist? And who was your biggest influence from that genre?

Because it was an easier way to tell a story. I like telling stories, and this was the best way to sing about them. My biggest influence in country music would have to be Willie Nelson or Merle Haggard. That’s in country music, mind you.

What song have you written best describes your life right now?

I guess it would have to be “Ramblin’ Man.” It’s all right there.

Mrs. Howell is my answer to that one. Ha!

What do you think you’d be doing if you couldn’t play or write music?

I’d have been a teacher or some sort. Probably English or math, at any grade level.

Where is your favorite place to eat?

Will you ever go mainstream — as in quantity over quality?

The only quantity I’d enjoy is if the quantity of our fans was to grow so large that it changed the face of radio, therefore making it possible for us to never give up quality. That is up to you, the fans, to spread the good word.

What was your favorite outdoor game when you were a kid?

What’s your favorite place to hang out when you’re not on the road?

OK, why do you perform barefoot? And why the rug onstage?

I play barefoot because it just feels better. There’s something relaxing about being barefoot. And the rug is a lot more comfortable than a hardwood floor with possible nails sticking up through it.

If you could perform with any one artist, dead or alive, who would it be?

Do you have a favorite venue to play?

I love playing at Cowboys in San Antonio. They have a multi-level stage and I get to bring out the mini tramp and jump all over the place. I love it!

Where was your first regular gig?

What is your favorite song to perform these days?

My favorite song to perform live is either “Beat of Your Heart” or “Live Forever.” They are both just really fun for me to sing and the crowd almost always responds to them by singing and dancing along. That makes it for me. You guys start singing and cheering and dancing along with the song and that is the coolest feeling in the world — as far as music goes.

What do you love most about performing live — that might surprise people?

Whenever there are young kids in the crowd, just dancing and having the kind of fun that only a kid can have. That makes me feel so good and it makes me wanna just start playing Wiggles songs. But I don’t know any, so I just play all the ones I remember from my childhood. If kids were at every show, I’d have to change some things (stripper songs, beer songs, etc), so I wouldn’t want to do that all the time. But when they are there, it is the coolest.

What has been the most defining moment of your musical career to date?

I think that playing the Houston Livestock Show and Rodeo on the main stage would have to be the biggest thing that’s ever happened so far. That’s the tippy top, people.

Who is your favorite songwriter today?

I love so many. Robert Keen, Rodney Crowell, Darrel Scott, Walt Wilkins, Bob Seger, Tom Petty, Ozzy Osbourne, Mozart. These are all on my iPod, too, by the way.

OK, I have a question for all of you now: What draws you to the music you listen to first? Is it the words or the music?

Next post Rock the Goat: I Don't Do Scary