Q&A: Zane Williams The breakout “Troubadour TX” star talks about how he first discovered country music — and his commitment to bringing it back. 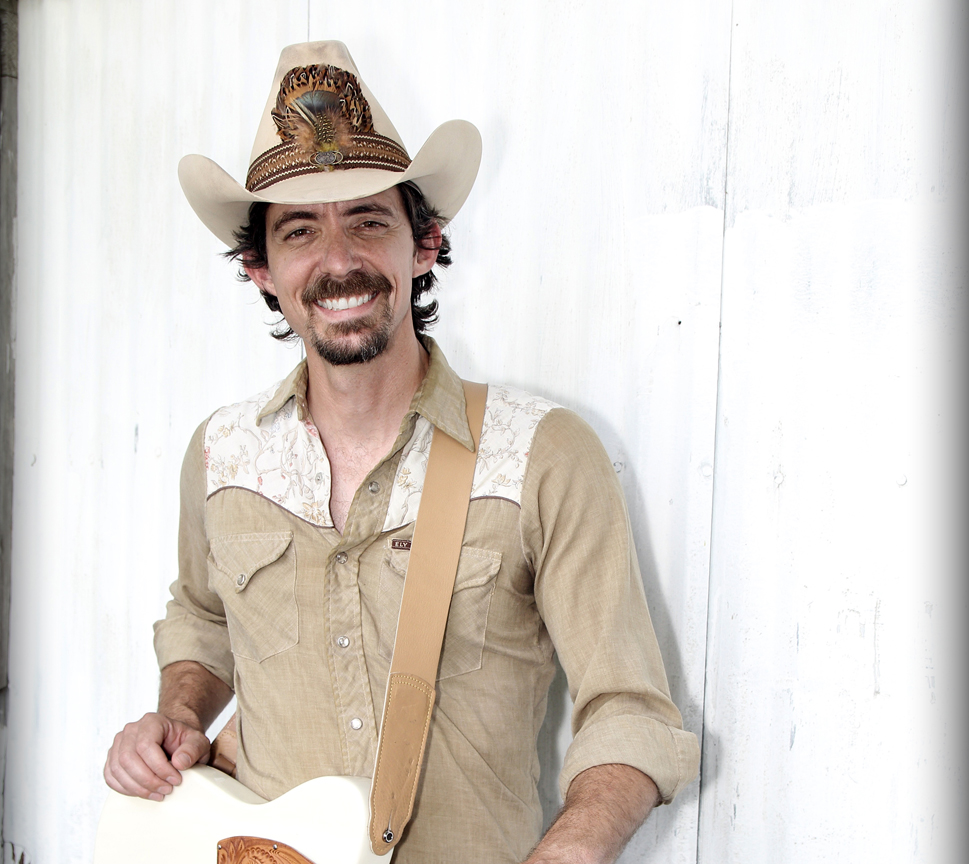 Texas songwriter Zane Williams put in more than a few diligent years plying his trade for handfuls of listeners in small venues, releasing solid albums of original material to modest fanfare, before all of his hard work met with a couple of strokes of good luck and launched him closer to the forefront of the modern independent country music scene. Many of his fans may have caught on to him as one of the focal points of the Troubadour TX syndicated documentary TV series; latecomers to Williams’ style of sturdy, heartfelt country music got a chance to do some catching up earlier this year with the release of Snapshots, a collection of some of the highlights of his catalog up to date. It’s a great primer for his brand new album, Bringin’ Country Back. Out today (Oct. 21), Williams’ sixth release — which the Abilene native recorded in Denton — is a tuneful revival that reaches backwards a couple of decades to the sincere, mature charm of the best of ‘80s and ‘90s country music.  We caught up with him last week, to discuss his new project and the unique, roundabout route to the music he’s come to write, sing, and love.

So tell me a little bit about this new record.  You took on the role of producer this time around, right?

Yeah, which was fun. I’d co-produced three out of the last six albums, but never done it by myself.  I used my band as the core group in the studio on this one, and that took a lot of the pressure off of me. We’re buddies, and we had a lot of time to work on the arrangements outside of the studio, and I think that made a difference. I was really proud of my guys, they did a great job in the studio.  Having the road band on the record gives it a little more of a character, makes it sound “Zane-y,!” [Laughs] Whatever that is.

I’m sure the control is nice, but what’s the hardest part about producing a record?

It’s the time and mental energy on my part. Making decisions, decisions, decisions … it takes more out of you than just the doing it, it’s exhausting. But that’s the job … “well, buddy, you like this guitar tone? Or this guitar tone? Do you want this microphone or this microphone, you like this part or this part?” Do you want a mandolin, whatever else. But hey, the fun part is that you have that control. I get to be creative and make my decisions, even if it wears me out.

And the vision in this case was making more of a straight-up country album, correct?  Even more so than your past projects?

Yeah, and you know … the older I get, the more it seems nobody’s doing it nowadays. And at the live shows, the songs that we tend to play every night and gravitate to are the more traditional-sounding ones. So I wanted to plant that flag with this record. That’s the kind of act I am, that’s the kind of music we do.

So in making a straight-up country album, does it start with the writing? Or is it more a matter of the choices as a producer and arranger?

I think the writing is where it starts, for sure. Certain songs, you could theoretically take them either way, but some songs it’s just in the DNA and they rhythm and the words. And I tried to build the record around that, a core of songs that were more traditional and old-school. I was listening to a lot of early George Strait, some Merle Haggard, even stuff like Randy Rogers and Wade Bowen with that Hold My Beer album from last year. I was just in the mood to write that kind of song.

Was this kind of a reaction to what’s on mainstream country radio nowadays? What crosses your mind when you hear that?

Well, some of the stuff I like fine. If it’s a well-written song I can appreciate that, no matter what the instrumentation. But for the most part I don’t listen to mainstream country music anymore because it’s just so electronic and poppy and hip-hop that, you know … if I want to listen to country music, I kind of prefer country music to begin with. I didn’t grow up with it, I just liked it better than all the other genres once I found it. And these days, you’ve got so many choices. You can dial up whatever kind of music on your phone. Buy it, stream it, find radio stations you like.

So you didn’t grow up listening to traditional country music? When were you first exposed to that?

My dad listens to classical music, so as a kid he got me this set of cassettes that told the story of Brahms and Schubert and Beethoven and whoever else, and my mom just listened to easy listening: Michael Bolton, Gloria Estefan, stuff like that. I didn’t really get into it, I would play sports or do outdoor stuff instead, but as a teenager I got the keys to the car and, hey, there’s a radio in there and I get to pick what’s on it. I scanned through and found the “Country Countdown” with Bob Kingsley.  And the number one that week is Collin Raye with “That Was a River,” and I liked that, and then I heard “The Dance” by Garth Brooks.  And you know, I’d just broke up with my girlfriend, crying my eyes out and whatnot, but still thinking “I like this country music, it’s about real life!” I could relate to it, I liked the cleverness, even started thinking, “I’m gonna be a country musician even though nobody I know listens to it.” It was for me.

When did you turn the corner from fan to artist?

In college, I got this acoustic guitar, and started writing songs. Some of them turned out kind of country, you know? Even though I was trying to write the kind of stuff my friends listened to, which in college in the ‘90s would be like Dave Matthews or Pearl Jam or Alanis Morissette, but my brain just doesn’t work that way. They were coming out country, and I was playing them around campus, and by the time I graduated I’d written enough songs to decide to give it a try. I didn’t even know there was a Texas country scene back then. Hadn’t heard of Pat Green — it wasn’t what my friends were listening to. But I’d listen to Alan Jackson or George Strait, and I actually even moved to Nashville after I graduated to try to make it in the business. I found my way back home, obviously.

You’re still a pretty young guy, and this is the sixth album for you already. Obviously you’re a productive songwriter. How do you make that work for you? What’s the approach?

I like to write from inspiration. I feel like my best stuff is when I’m truly inspired, so I try not to force it. I try to just search for that feeling where I can find it, if that means you’re driving down the road in the middle of the night, thinking about the show that you just played, or in the middle of the day after you listened to some record you loved. Just staying a fan of real music helps, I love it and it doesn’t feel like a job.  As long as I leave my mind open to the possibilities I’ll come up with something.

So, as a singer and songwriter, what are your proudest moments on this record? If someone’s browsing around, what do you want them to listen to first?

Well, we’ve got a song on there called “Hello World,” and it’s pretty indicative, it’d give you a pretty good taste of what this album’s about. There’s this duo-guitar part in the middle that I really like, positive lyrics, it’s fun and I want to shoot for getting it on the radio next year. Definitely one of the anchors we built this album around.

You’ve collaborated with some local heroes like Pat Green and Kevin Fowler. Any special advice or guidance you picked up from guys who’ve made their way to the top?

The chances I’ve had to hang out with those guys, we talk a little shop. It’s always good to get a little wisdom from them on hiring personnel, how they run different parts of their business … but I think the main thing is just the moral support. It feels good to be respected by artists you respect. When Kevin or Pat or somebody records one of my songs, or has kind things to say about me or my music, it just makes it feel like you’re on the right track. Those years and years of playing for nobody are starting to pay off!

And as the crowds get bigger, what’s the difference from your perspective between playing for a handful of people and playing for a big venue full of them?

Well, I think as long as there are a few people that are there to see us, get excited, and they’re there to have a good time, I feel like we have the energy that we need to have. If you’re just background noise and nobody’s paying attention, it’s hard to keep that energy up even if there’s hundreds of people. If there’s a thousand people and they’re really into it, man it’s easy to keep that energy up.  But I’ve had gigs where there were thousands of people but it’s a barbecue cook-off or something, they’re there for the barbecue and not for us.  In that case, not a lot of energy. More than the size of the crowd, it’s the energy that they’re giving back to you, even if it’s just a few people. Then it’s totally worth it.