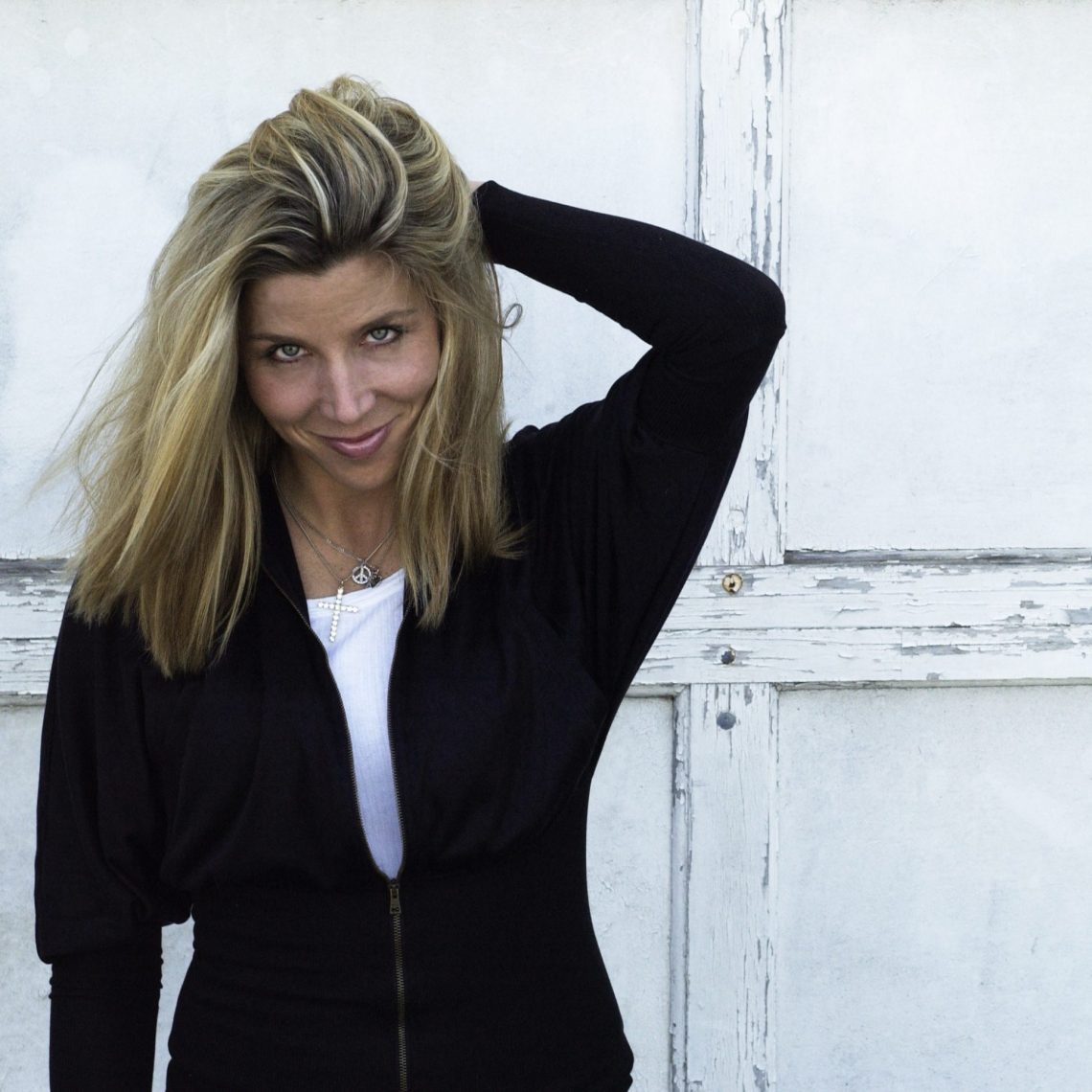 After issuing a trio of studio recordings between 2000 and 2002, Terri Hendrix took a bit of a break. After all, the third of those albums, The Ring, was the perfect realization of a genre-blurring distillation of folk, bluegrass, jazz and pop into something her own. If Gram Parsons had Cosmic Country, well, Hendrix looked to a different type of fringe character, John Denver, for inspiration to make something that could be pegged Cosmic Folk, for lack of a better term. An acoustic-based music that refused to peg limitations upon itself.

The title of Hendrix’s new album, The Art of Removing Wallpaper, sticks to several of its tracks with metaphorical resonance. If the notion of genres can be likened to some of the hideous patterns we slap onto our walls, Hendrix is there to steam them down and reveal the common-color beneath. Gospel permeates several songs, but with a decidedly pop bent. There’s flashes of reggae on “One Night Stand,” and a reverent pop take on a rap classic (LL Cool J’s “I Need Love”).

The theme also permeates the album’s lyrical content, as Hendrix looks to remove some of the layers and masks we use to hide reality. The cover of “I Need Love” removes its gender-specific roots and lays bare a raw and sensual song about longing that folks not hip to hip-hop might have missed. Other songs also seem to chase a personal honesty, either in characters they investigate or when Hendrix turns the mirror on herself. The end result is a record that opens a new phase of Terri Hendrix’s career.

So tell me about The Art of Removing Wallpaper. It’s a great title that seems to be full of metaphoric possibility.

I bought a house in San Marcos. I fixed it up and sold it and used that money to land in the house I am in now. I ended up with quite a bit of land around the home, it’s a great place. The only negative was the interior: Crunch carpet and wallpaper, all these crazy designs. I said, ‘Well, I can fix this place.’ Became I’d grown pretty handy from last house. So I began the task of beginning again.

Wallpaper’s not one of the easiest things to remove.

No, and it was EVERYWHERE. It was even on the fixtures, these ducks, geese, football helmets, foil, red dots, borders, cris-crosses. Anyway, I was watching a lot of CNN and Fox, and it seemed to me that what’s on TV is what I’m trying to remove to see the wall. You have to listen closely. What’s told isn’t necessarily what’s there. A lot of things seemed to apply, even to our personal lives, the way we sometimes hide the way we feel.

At the time of its release, you referred to your last album, The Ring, as the end of a period. Does Wallpaper feel like a new cycle?

I definitely did. I just felt that was a different time and a different part of my music. I’ve had some of these songs for awhile and wanted to do them. But I also felt like some fans wanted to go out and have a great time and I was worried that some of these songs were more personal. So I wasn’t ready to release them yet. But things happen in life that changes you and some stuff happened to me. So I thought, “Let’s go a different way.” Rodney Crowell, James McMurtry, they have such honesty in their music, so I thought, “Let’s try going that way.” Humor can be a blast, but there’s a truth that I wanted to get to.

You always seem to pick the right opener. “Breakdown” takes a different tact than the upbeat “Goodbye Charlie Brown” [from The Ring], but it works.

It felt like a good thing to say. Sometimes we all have to put on our game-face when we feel another way. Some nights you get on stage, personal things have happened, but you still have to play. I thought it’d be a good way to open the record. It’s not something I normally do. I had the idea for that song for the last record. I’d written it as this whole character song. At some point I realized, it wasn’t a character, it was really me. I decided I didn’t need to hide, I just needed to write it as is.

Do you find songs often take that long to reveal themselves to you?

Yeah, songs will be what songs will be. I know in my gut when I go south with a song. Sometimes I won’t say what I wanted to say and I just keep at it. When I try to force it, it won’t be, it doesn’t work. You need to incubate some songs.

So it doesn’t sound like you do the eight-hour day at a desk thing? Steve Earle almost seems to treat it like a 9 to 5.

Paul Simon as well. I bought a great book, Songwriters on Songwriting, at a used bookstore. John Prine’s in there, all my heroes. Simon seems to like to get his coffee and sit down and work.

Does inspiration have any sort of reliable timing pattern?

I find if I keep inspired, it comes. But if don’t buy CDs on a regular basis, I clam up. So I try to always go to record stores and binge. I also find that when I’m on the road or too busy with business that I’m not as inspired.

So the LL Cool J cover finds a nice, new tact with the song, which is tough seeing as it had been covered [by Luka Bloom] effectively before.

I’m so glad you said that. I was told by several people, “Don’t put that on your record, it’s been done already.” But I’ve had good luck when we play that one live, and it seems to work with both genders at my show, that’s why I did it the way I did. I couldn’t NOT do it. I’d already memorized all those dang lyrics.

So were you a Cool J fan, or did you find it through Luka Bloom?

Luka. Then once I was playing somewhere and this girl asked if I’d heard LL Cool J. I think I might have heard a bad copy of it on an old cassette. She gave me the CD and I fell in love with his version. It’s so sexy. What I love about LL Cool J’s version is the almost child-like piano part and the sexy vocal. I also love Luka’s rhythmic approach.

There’s a strong gospel feeling on this record, especially on “Judgement Day” and “Monopoly” and “Hey Now.” Without being overtly religious, it’s a spirited record.

I felt like that. The past year lot of different things happened, and with this record, it felt good to feel good again. I was ready to sing the best I could, to let it all rip. We recorded about five songs that didn’t make the record, which I never do because if you record something and don’t use it, that’s money. But they didn’t have that juice, they had a different vibe. The LL song was recorded and re-recorded. All of that made for a more spirited record.

“Monopoly,” in particular, is a firebrand. Was it daunting to take a shot at the FCC?

That song was important to me, because our democracy is being threatened by that. And the more research I did, the more I felt it isn’t right. But the way we recorded it, people that didn’t understand can sing along to and get it. We intentionally put it with that rhythm. You don’t want it to be too slow, then it would seem almost like a soap box. But it’s about awareness. It’s about how we get our information.

“Quiet Me” is an interesting cut. It has a positive vibe, but it sounds like an old Appalachian murder ballad.

Jeff Barbara and Sarah Pirkle wrote that, they’re out of Knoxville. Prayer for me. We added that one at the last minute. I was concerned about trying to learn a song overnight. Some songs take a while to learn. I probably played it, no exaggeration 500 times over and over and over again because the phrasing was so good on it. I wanted to nail it like they had.

That was like a nine-minute song a long time ago. I took out two minutes because I loved that part and it reminded me of a friend who passed away. She was so beautiful and full of life so I had to put that one on there.

Do you remember a first album or song that made an impression on you?

It was Dolly Parton, with “Me and Little Andy,” that made a lasting impact on me. And when I discovered she wrote it, it empowered me. When I’d see her on TV she wasn’t above me, she seemed so real and human, it just made a big impact. So did John Denver. As I grew older, I loved Paul Simon. I was always listening to lyrics. Then in my late teens early twenties, I got all about rhythm. I was Miss Techno.

That must surprise folks.

Yeah, I still enjoy playing it. If I wanna clean this house, I put on this Eighties mix with “Freak Out” on it.

Was there a point at which you decided to start making music?

It was my sister’s guitar, I stole it from her when we lived in Panama. Anything that was hers I considered my property. I got it out and started playing. I could learn songs, but I also started to write my own. I was a late bloomer. These days people come out at age ten and they’re masters. American Idol in diapers and they play like [mandolin phenom] Chris Thile.

Are you an avid Idol watcher?

My guilty pleasure was the first one. Then they just got SO into their cast. Paula’s a sweetheart, though.

Much is made of folks who are able to survive going the DIY route. Do you find recording independently an enjoyable challenge? Was a label ever a serious option?

I don’t know. Everybody that I work with, we love music, we’re fans of music. It’s not JUST my deal. We have this label, this cottage. Would a labor honor that? I’m just not sure. Sometimes it’s frustrating though, when something stupid happens. I spent an hour the other day at the post office because we’d sent out these postcards and they mailed them all back to me. Sometimes it can be hard to be me and to have to be Rocky Balboa to others. But I’m still really proud of what we’ve done. I used to get really worried, “What am I going to do next?” I don’t feel that way anymore. Things happen when they need to happen. I’m fortunate to do this for a living. It’s all just a journey.